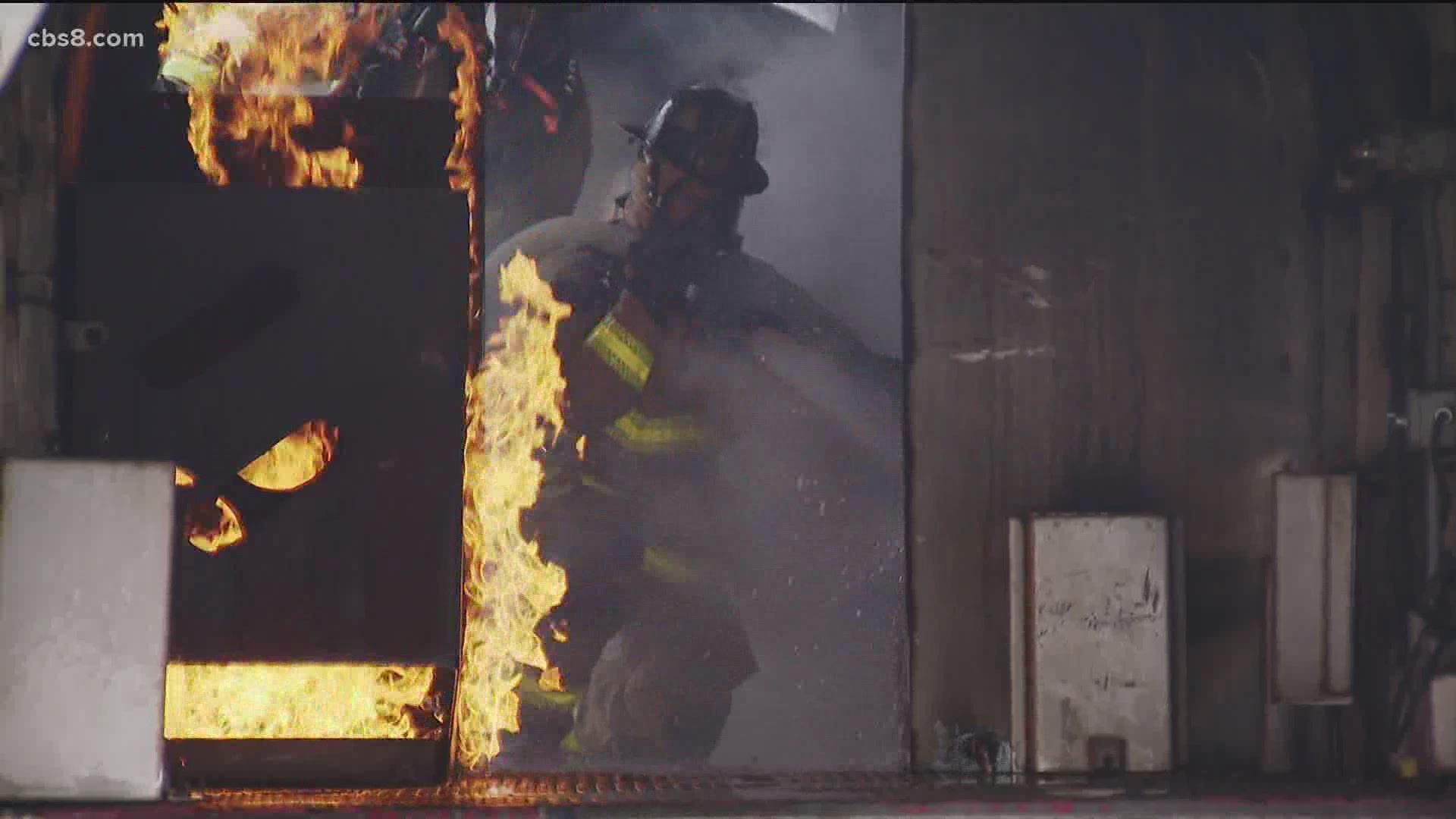 SAN DIEGO — Most San Diego firefighters spend the majority of their career fighting house and brush fires, but this week, dozens are practicing for something very different - a plane on fire at the airport.

“In a house is what we call a Class A fire, typically materials, linens, and wood,” Capt. Derrin Austin with San Diego Fire-Rescue said. “With aircraft firefighting, it's the fuels, which are different than vehicle fuels, and more than likely hazardous materials that are part of the cargo.”

Also different, planes can be packed with people who are panicking to get out.

“One of the challenges is balancing getting in to put the fire out and staying out of the way of the passengers and crew that have to evacuate from the plane,” Capt. Austin added.

San Diego Fire-Rescue has a station at the airport and the crews there have to go through Aircraft Rescue Fire Fighter training every year.

Wednesday's simulations at San Diego International Airport included fuel spills, engine fires, electrical fires in the plane and rescuing passengers. Making this year's recertification special is that it took place at their home airport. As a result, crews got to train with their own equipment.

“Normally, we would go to Utah or San Bernardino airports where they have a training facility to recertify,” Capt. Austin said. “So now we have the ability to bring the training to us.”

By bringing the simulator here, they can also re-certify more people at once.

Seventy-nine will take part this week without losing any crews to out-of-town travel. Capt. Austin is among those participating.

“Hopefully, this will never happen for real,” he said. “But if it does, we'll have the skills to mitigate the emergency.”