As more hotels reopen, San Diego Tourism Authority reports San Diego is 3rd for hotel stays among the top 25 markets and the first in the west for occupancy. 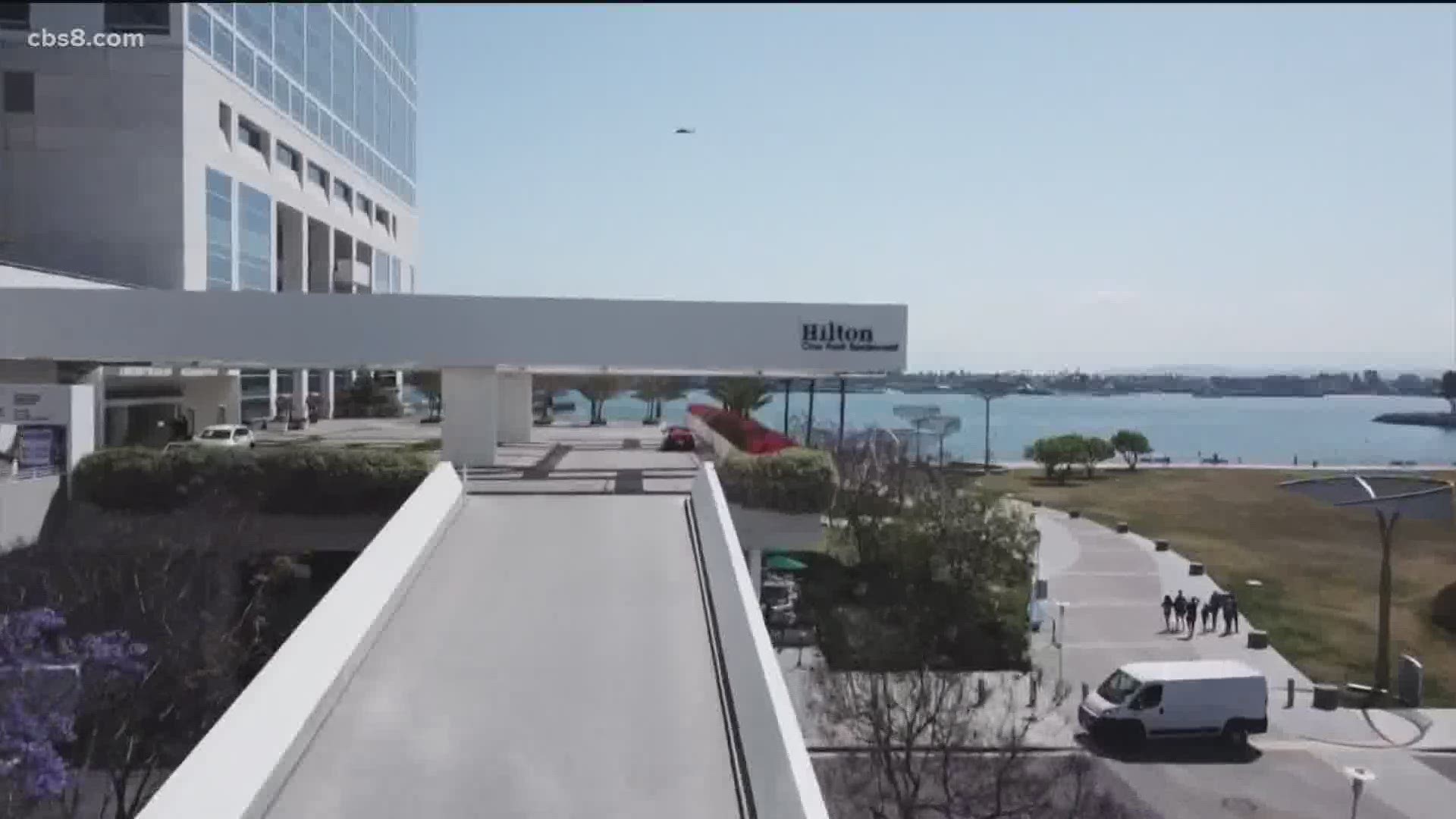 SAN DIEGO — After months of decline due to the pandemic, tourism is starting to pick up and San Diego is a top destination.

While the numbers aren't nearly what they usually are in the summer, big hotel chains are re-opening their doors to accommodate the demand.

Hotel leaders say many guests are driving in and they're also seeing a lot of staycations.

Five months after closing the Hilton Bayfront Hotel is turning its lights back on Tuesday. It's the final branded hotel chain to open around the convention center and downtown San Diego since the county health mandates ordered closures in March.

The San Diego Tourism Authority says while traveling is down, San Diego is a hot destination.

“It’s a first step in a journey. That's what we are excited about. It's light at the end of the tunnel,” said Steve Cowan, Hilton San Diego Bayfront Hotel General Manager.

The Hilton's Bayfront Clean Stay program also puts a seal on the door after it's been thoroughly sanitized. Gone are the days of hotel key cards.

“You can open the door in a contactless way. You can check-in online, never go to the front desk, never have to touch a key card and go directly to your room,” said Cowan.

He said the hotel has 900 full-time team members. Not all will come back when the hotel reopens on Tuesday, but gradually more are expected to return as occupancy goes up. Without conventions and meetings that may take a while. Cowan says occupancy will start at 10%.

“We have a steady stream of reservations. It's very encouraging," he said.

San Diego’s tourism industry took a huge hit due to the pandemic, especially downtown hotels where conventions and Comic-Con were canceled. However, the San Diego Tourism Authority reports weekly room demand climbed to a new high since the pandemic. Last month San Diego ranked third among the top 25 markets and the first in the west for occupancy with an average daily rate of $130 a night. While not comparable to years passed, it's an improvement.

“I came back to a very different world,” said Jordan Hovis.

He’s been in the industry for 10 years and went back to work in July. He didn’t feel comfortable naming the branded hotel where he works but returned to manage multiple areas. He said revenue from business travelers just isn’t there so not all employees are back and he is wearing many hats and filling many roles. Hovis said many many of the guests are leisure travelers.

“It’s primarily leisure travelers who, a lot, are using unemployment cards to check in which is touchy because they don’t have funds available to check-in,” said Hovis.

Hovis said many guests, especially those from out-of-state, do not like the county’s health mandates.

“I haven’t had one day go by where I haven't had to have a lengthy conversation explaining they it’s important to wear the mask especially while in the hotel,” said Hovis. “I’ve had several people threaten to hurt me or my staff over the mask issue as well as other things.”

Hovis hopes guests will understand the experience and health measure. Some hotels are not having housekeeping service a room daily during your stay to minimize exposure between guests and employees.

“They expect it to be that same experience as it was pre-pandemic. There is no way,” said Hovis. “I don’t have a restaurant right now. People ask for free breakfast every morning, ‘well what are doing to feed me?’”

News 8 found many hotels in San Diego are more than $200 a night in the summer while right now the average is $130 but found branded hotel rooms around $100.

“From our perspective, there is no difference between the safety of our guests and safety of the team,” said Cowen.

The San Diego Tourism Authority says 61% of travelers say they will or are more likely to visit a destination with a mask rule 3% say they wouldn't come with face-covering requirements. 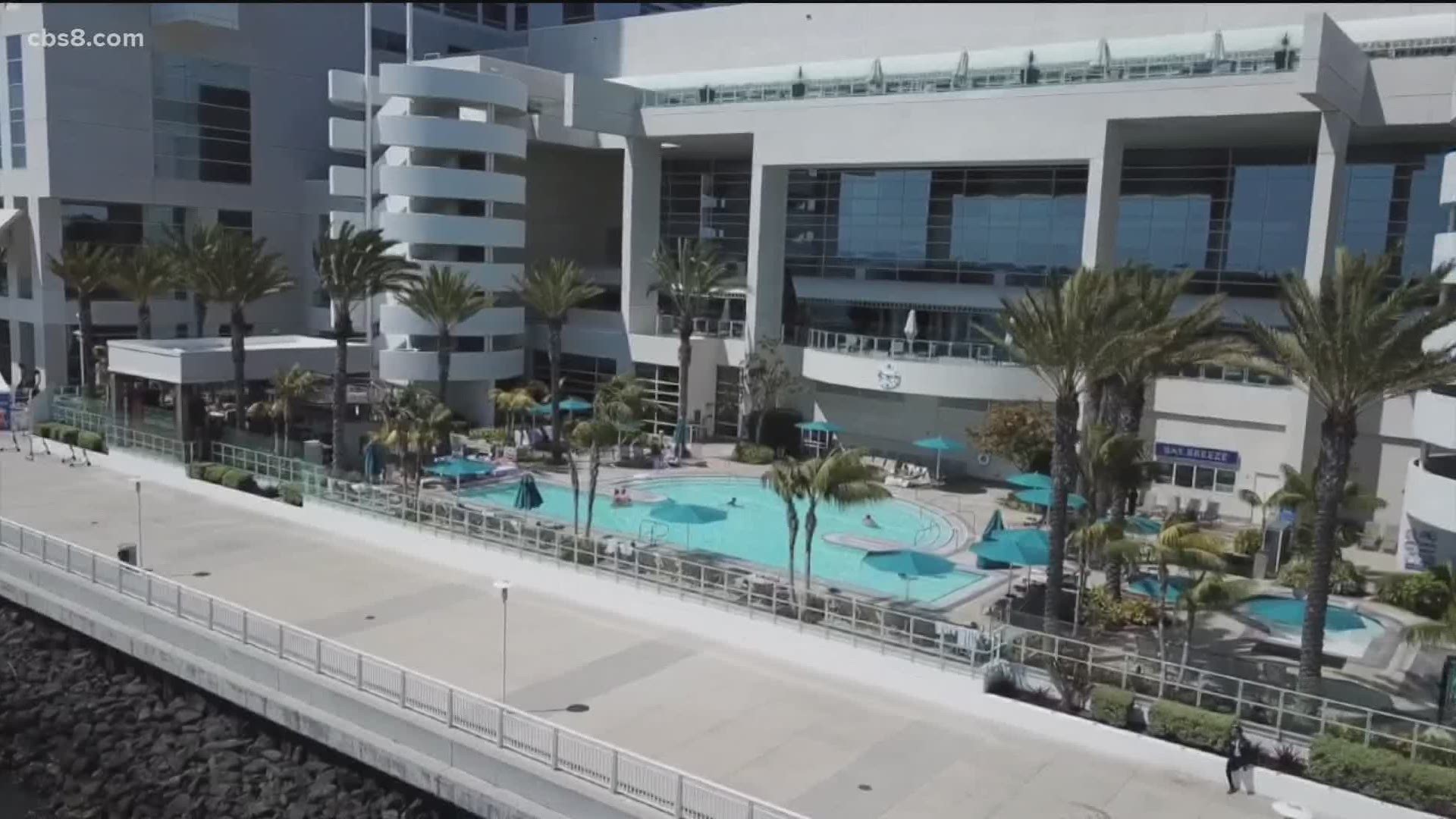