The department said it is trying to directly reach people in a real and relatable way to increase transparency. 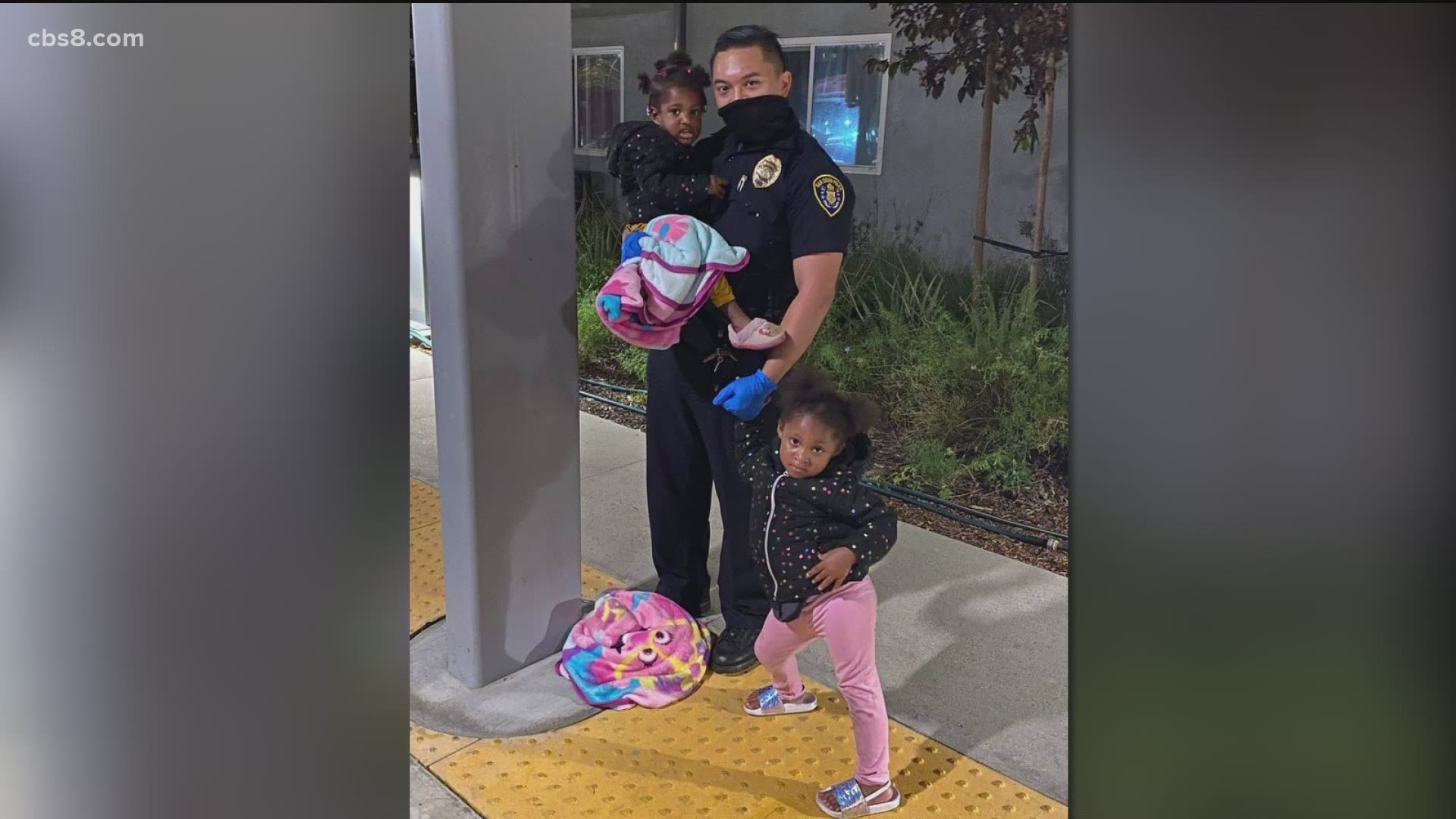 The post copy stated that "it really didn't matter who won. It was about the connection he made."

And over the weekend social media posts showed officers Adrianni and Clark come to the rescue when a single father of two toddlers had a medical emergency and needed to go to the hospital, but he had no family or friends available to babysit.

"If someone needs help, we'll be there to respond!" the post read.

"I just want to take care of the people who took care of me. We always just want to give back to them," said San Diego Police Officer Vital Adrianni.

They volunteered to hang out with the girls for a couple of hours before giving them a ride to the hospital.

"For me, it's the whole reason why I got into this job," said San Diego Police Officer Daniel Clark.

Several weeks ago a video went viral of a San Diego police officer racing a local coach up a downtown hill with the officer in full police gear.

These light-hearted and heartwarming posts are meant to tell a better story of what else officers do.

"I think it has been going really well because the posts are genuine," said Sgt. Matt Botkin with SDPD.

The social media push is a targeted effort by the department to increase transparency and deepen the connection with the community during this contentious time for police officers across the country.

"So when we have to deliver a tough message like an officer-involved shooting, we have a base to go off of so people can make a reasonable judgment about what really took place," said Sgt. Botkin.

SDPD hired a professional consulting team based in the Bay Area to help tell their story better. This also allows the department to have an open dialogue with the community as well.