The online parade began with a slideshow of photos from 46 years of the parade, which started in 1974. 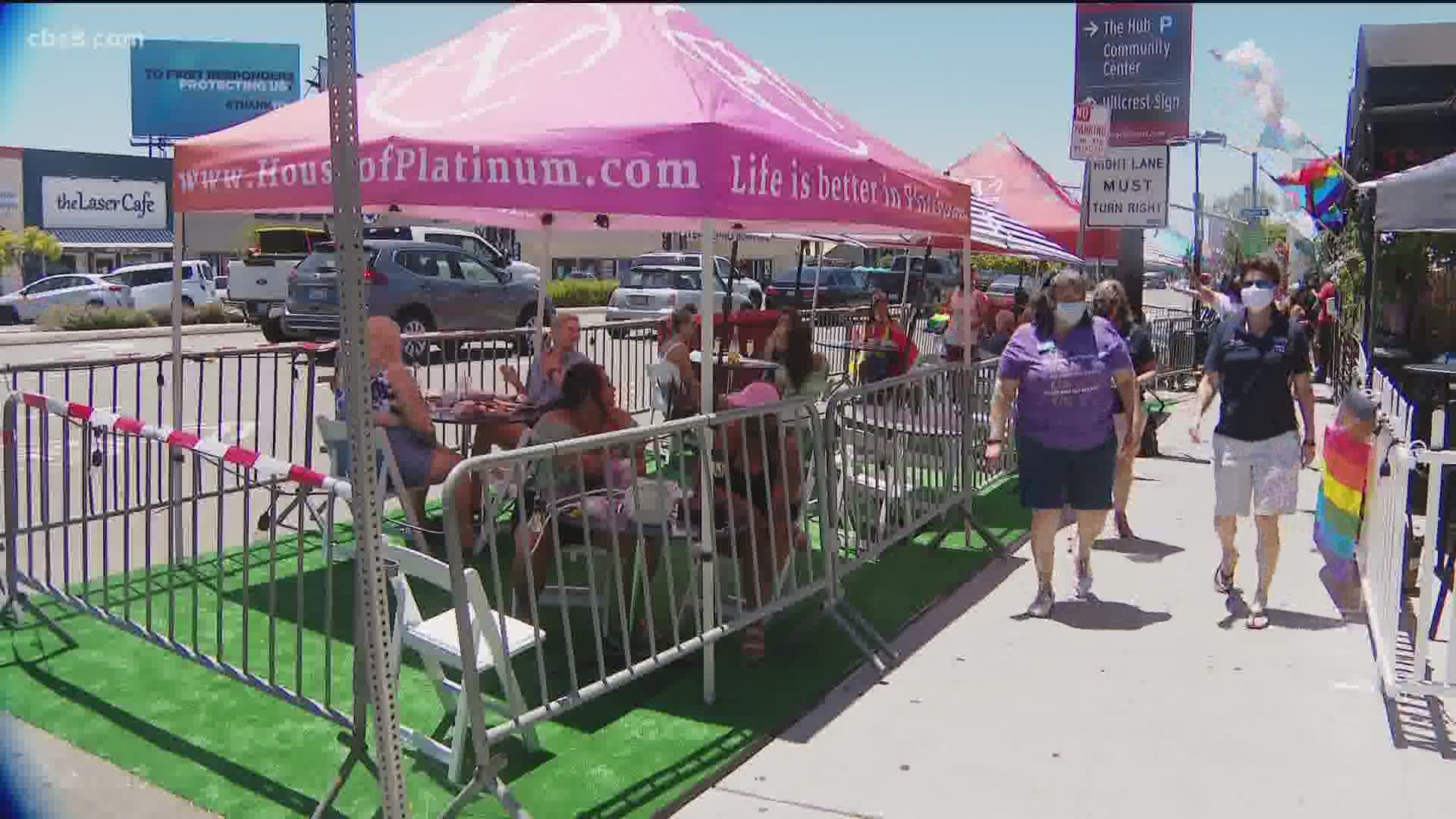 Because of the pandemic, organizers took the historic Pride Parade march through Hillcrest, online. It began at 10 a.m. with a slideshow of photos from 46 years of the parade, which started in 1974.

The San Diego Women's Chorus followed with a virtual singing of the national anthem. An interfaith blessing, with clergy from various denominations, gave their blessings.

“We have hundreds of interviews, elected officials remarks and more of just us, it's going to be the LGBT community in people's living rooms, it’s literally the most authentic PRIDE we’ve ever done because it’s all our community,” said San Diego Pride Director of Philanthropy Sarafina Scapicchio, who says the organization is operating out of its reserves to put on the event.

"We've never cancelled Pride in over 40 years, but we did lose a quarter of our income for the year, so we lost about 1 million dollars,” said Scapicchio, who said she turned from activist to video producer to get the live stream to fruition.

The virtual event had remarks from San Diego Mayor Kevin Faulconer for his final Pride in office.

Scapicchio says over 5,000 people tuned in online by noon Saturday, and the entire live stream will be available for the next three months.

Kay came dressed in tie-dye outfit with “peace and love” written on her shirt.

“Then we got matching fanny packs and matching masks,” Kay said.

Kay and her friends had brunch at Gossip Grill as University Avenue lit up in colors of the rainbow.

“I'm just glad these restaurants are open for us to come, and we wanted to come and support them because they are having a hard time,” said Nicole Martin, celebrating Pride with her mother.

Kat Halberson, barista at Oliver Coffea on University said the business saw a slight uptick and just added new tables and chairs outside for outdoor dining along with their signature vegan chocolate chip cookie.

“We've seen more foot traffic around here, there has been a lot of honking," Halberson said.

Janine Lauritzen traveled from the Bay Area to spend Pride with her daughter Nicole.

In 1994, the San Diego Women Motorcycle Riders first appeared to officially kick off the parade, which usually had about 350,000 participants and 200 pride floats, along with 400 volunteers.

This year, about 12 motorcycles from the group took off from the site of the Hillcrest pride flag at University Avenue and Normal Street.

Signs of #SanDiego #PRIDE are showing as people are dressed up in multicolored, rainbow outfits and supporting various #Hillcrest businesses as the first Virtual Pride is #HappeningNow @SanDiegoPride https://t.co/TnzoaloCGk @CBS8 pic.twitter.com/RzlAps4YZI

San Diego Mayor Kevin Faulconer gave a few opening remarks, saying, "We can work and lift each other up and get through this pandemic. We stand united in our battle against bigotry and hate. I wish all of you a happy virtual parade."

The winners of the 2020 Spirit of Stonewall Awards, announced at a rally Friday evening, were honored. They are:

Pride Live 2020 starts at 10AM. Join us and celebrate #SDPride! Tune in here: https://t.co/Y2BwriMZzj pic.twitter.com/Od3i3YaqQi