News 8 set to find out why San Diego Stadium wasn’t imploded like many stadiums of the past. 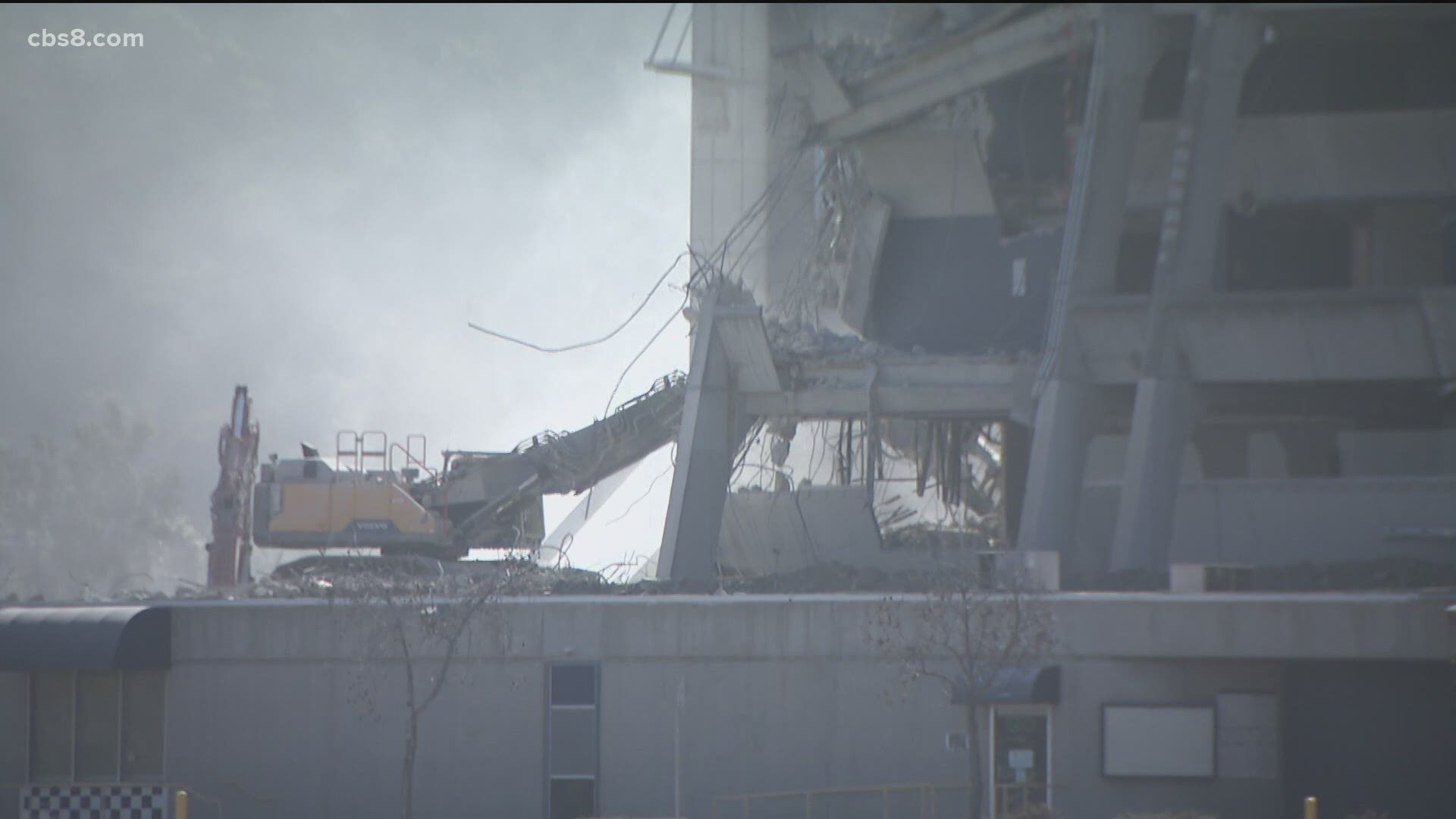 Many are asking “why if crews started working on demolishing it in October that so little is done and why didn’t they just blow it all up?”

The stadium has been known by many names: Jack Murphy, Qualcomm, SDCCU and its original name San Diego Stadium.

But, I guess now you could just call it rubble. Well not quite. Judging by these aerials from Friday, you could probably watch a football game in there if there were still seats.

So why didn’t we get a satisfying implosion like many other stadiums? The reason is, an implosion of the stadium would violate California’s clean air laws. The stadium, which was built in 1967 used materials that are now illegal in construction projects. To keep it safe, crews have to take it down piece by piece.

Dr. Peter Anderson is a professor of communications at SDSU and also the outgoing chair of the environmentally-conscious Sierra Club. He said, “There were various things within the stadium that contained things like asbestos and PCBs, stuff that has to be extracted carefully. It's not like you just blow this up and then send asbestos and other toxins just wafting across the city of San Diego.

The 166-acre land that the stadium sat on is now owned by SDSU and the vast development that the school plans to undertake is supported by Anderson and his organization.

He said, “It will be repairing habitat, much like it was originally, along with hiking trails and bike trails along it. So that's a really nice community that will be part of this. There is also going to be a lot more park and open space within this project. So it's not all going to be cement.”

Along with the planned green space, Anderson is quick to point out that the materials used in the old stadium will be recycled for use on the new campus. “My understanding is there's a similar proposal to recycle as much of that material from the old Qualcomm Stadium as possible in terms of building this new campus,” said Anderson.

With green space and trails, smaller parking lots to encourage public transport Anderson believes that the school is making positive steps to make the Mission Valley project and San Diego a little greener.