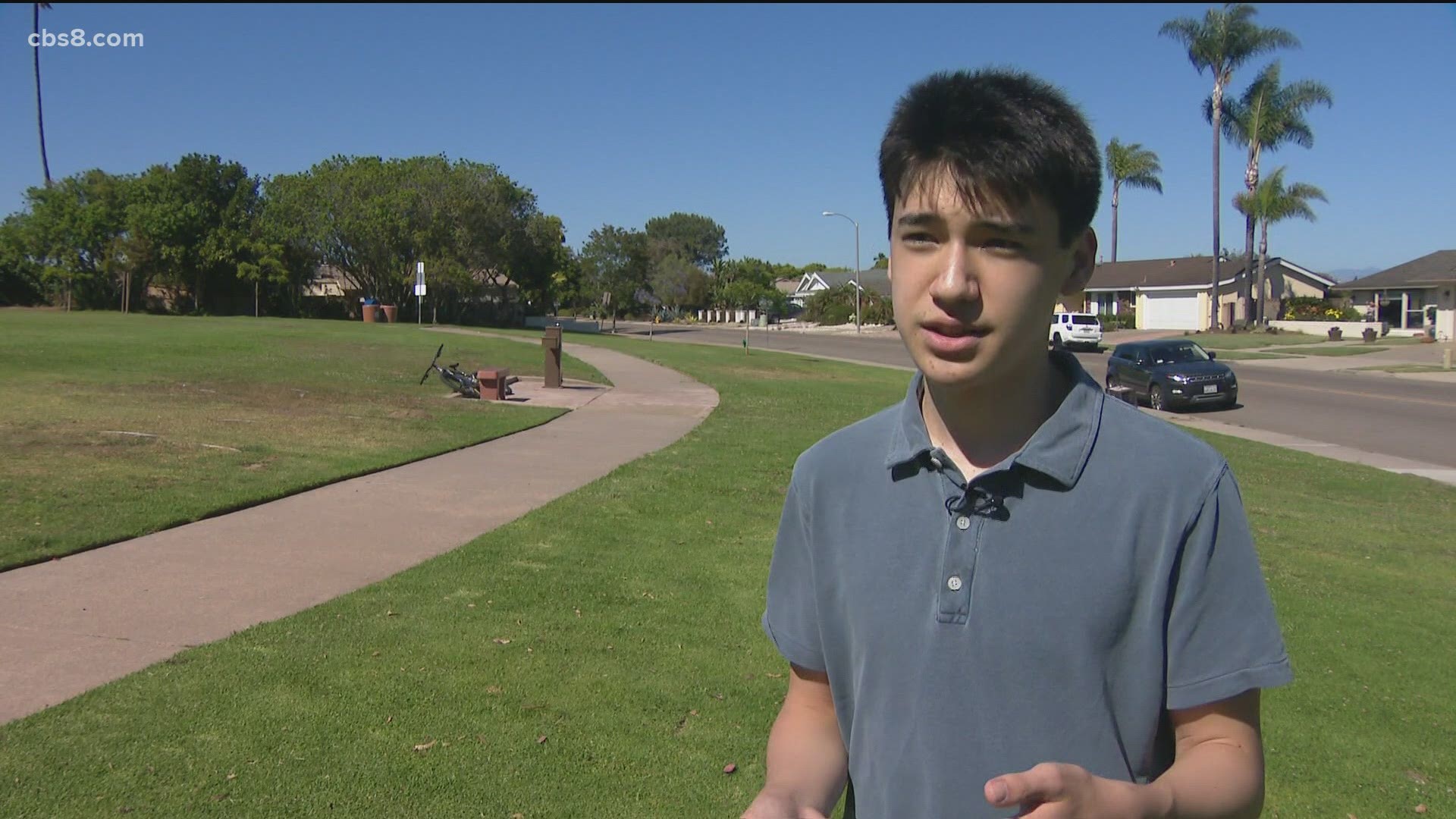 SAN DIEGO — A local teen is on a mission to help people prepare for wildfires.

Bennett Kedrosky, 17, created the Twitter @CalFireBot to push out information about wildfire calls across the state.

“This is really timely and could help people stay safe during this time,” said Kedrosky.

The Francis Parker School senior said this is the first bot he has coded where wildfire calls and locations are tweeted in real time.

“They'll see, ‘oh this is my area, I should react’ and that way they can take action and respond accordingly and stay safe,” said Kedrosky.

It only took the chess player a couple of long days to code the bot that pulls information from the California Highway Patrol.

“Motorists and police officers are often the first people to spot wildfires and then they report to the fire department,” said Kedrosky.

CHP handles a lot of calls and different types of fires. Bennett wanted to make sure it was strictly wildfires.

“It's really satisfying when you are struggling for a little while and then it just works and you love it,” said Kedrosky.

CalFire agency tweets about incidents. A spokesperson says they have not seen the @CalFireBot but said anything that informs the public about wildfires is helpful.

“My bot cuts to the source and takes information from CHP and that information is being relayed much quicker,” said Kedrosky.

The teen said he got the idea while visiting Mammoth last fall with his family. The Creek Fire was raging in Fresno and Madera Counties scorching more than 379,000 acres.

“When we were there were ashes falling from the sky and there was also so much smoke that it was unhealthy to be outside,” said Kedrosky. “Since then, I've been researching wildfires and just taking action so I could create a Twitter bot that is about wildfires.”

The @CalFireBot has only been active for a few days but this can be a critical tool as we approach the worst fire season expected in California.

“I wanted the bot to be more public and more accessible, I think the way that it reacts information and how it quickly it can, people can really benefit from it,” said Kedrosky.