Allegations of sexism, misogyny, harassment, and assault against women in the brewing industry have gone world-wide. 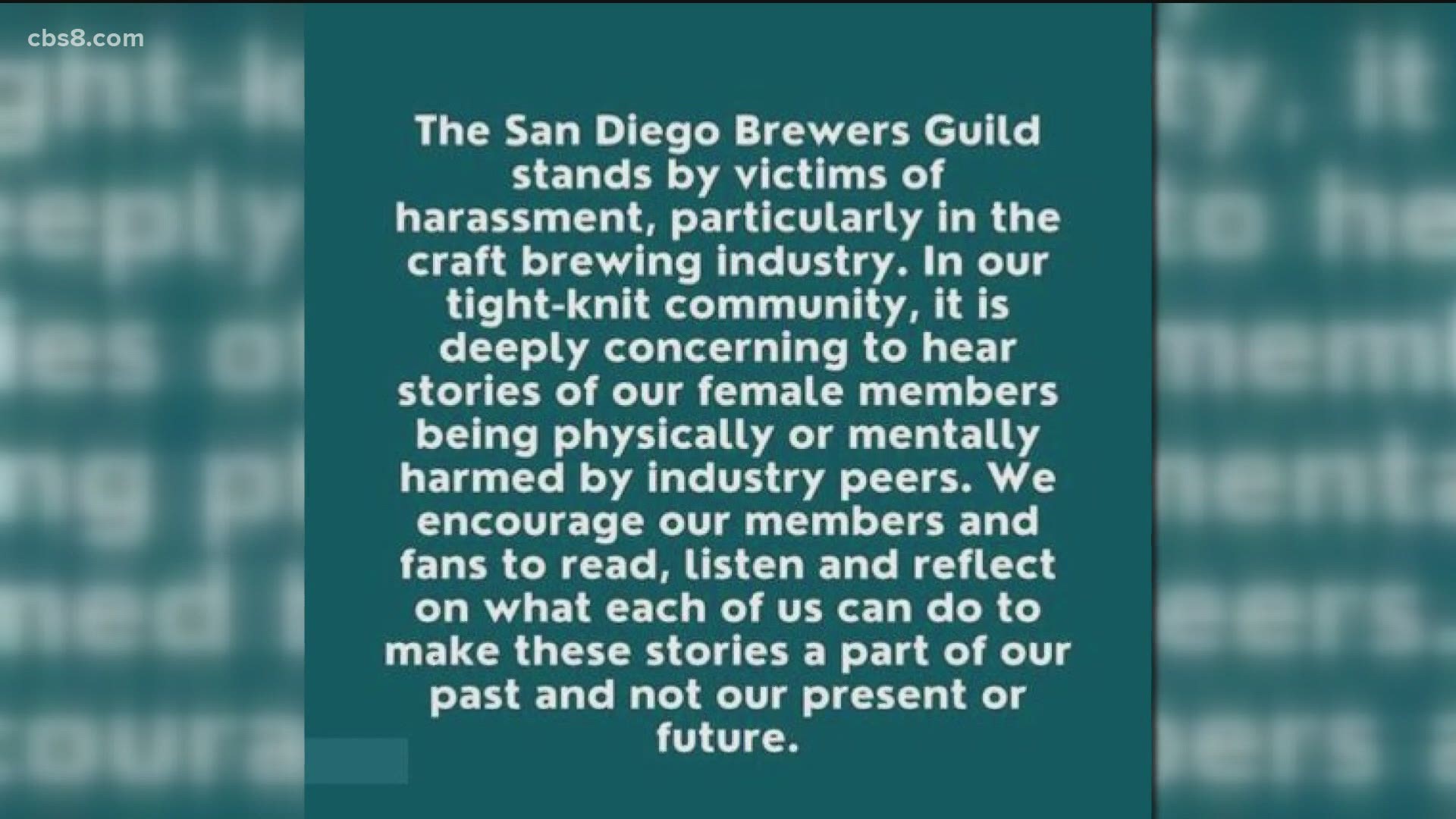 SAN DIEGO — In the wake of allegations of sexism, misogyny, harassment, and assault perpetrated against women in the brewing industry a San Diego CEO is stepping down.

Tuesday night, the founder and CEP of Modern Times posted an online statement that he would be resigning amid allegations he mishandled sexual harassment claims made by employees.

He also said that one of the employees named in an online report was fired, there would be better reporting and training, and that more work needs to be done.

Last week, East Coast brewer Brienne Allan asked on Instagram, “what sexist comments have you experienced?” that has turned into thousands of messages shared on her @ratmagnet account.

Women shared their stories for the first time about sexual harassment, assault, sexism and misogyny.

"It needed to happen. This is a reckoning and, quite honestly, I'm glad it's happening," said Virginia Morrison, Second Chance Beer Company owner.

The former employment lawyer was recently elected to the Brewers Association and co-chair of the Diversity, Equity and Inclusion committee and also created a similar committee at the San Diego Brewers Guild where she is president.

Allan shared the Guild's Instagram post about standing in solidarity with Allan as well as taking action.

"We wanted to say we are going to do something, action. You can't just talk," said Morrison.

Some of the actions include hiring, retention, recruitment education and reaching out to H.R. resources that are often absent in small businesses like craft beer companies.

"How can we direct victims to make a complaint or how to help breweries manage these situations," said Morrison.

She recognized many of the stories from women who stayed quiet for years.

"There is also something strangely comforting about not being alone. We have these experiences, we have to talk about them," said Morrison.

All the money raised from the sales would be used to fund Allan's legal fees if those facing allegations decide to pursue legal action against her.

A post shared by Beer Night In San Diego (@beernightinsandiego)

Thompson said he considered leaving the industry after reading the stories from women.

"As much as I don't want to support a community where this is the norm, I can't allow myself to walk away from supporting the women in this community," said Thompson.

Supporters say it's about accountability and creating a safe space for women in a male-dominated industry.

"It's the time for men to really sit down, shut their mouths and listen and learn," said Thompson.

There is also a GoFundMe for Allan that has raised more than $19,000 in two days.