Dr. Qaqish was on a flight returning from Aruba when he found himself jumping out of his seat and into action to help a young woman onboard. 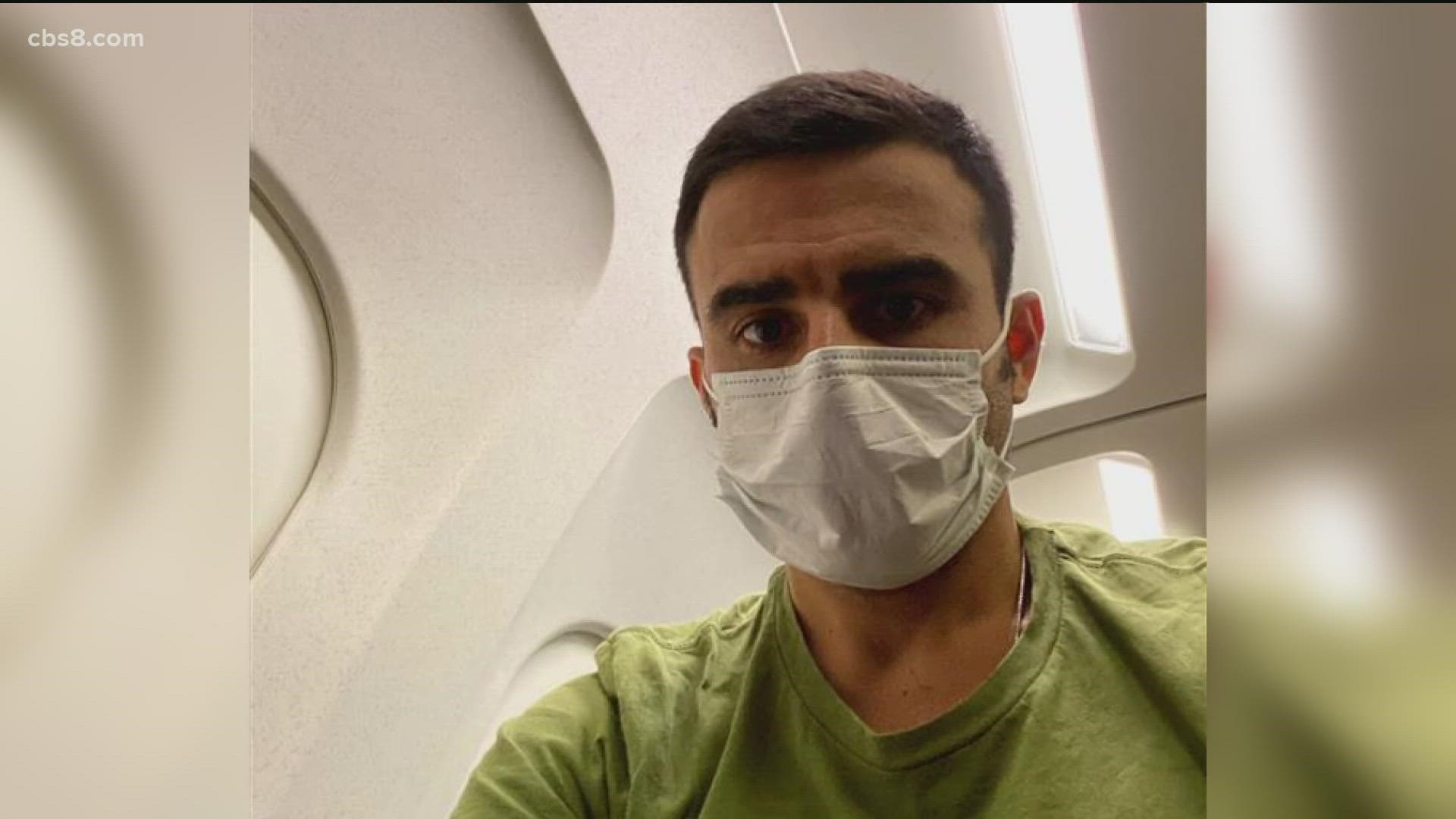 Dr. Clement Qaqish is an oral maxillofacial and cosmetic surgeon who has seen countless patients come to his Scripps Ranch office for anything from pulling wisdom teeth to plastic surgery. But recently, he found himself with a patient at 30,000 feet in the air.

"A message come over the PA system and it was a flight attendant that said ‘if there's a doctor or medical professional on the plane can you please ring your call button?’” Dr. Qaqish said.

He was on a flight returning from Aruba when Qaqish found himself jumping out of his seat and into action to help a young woman on board.

"The situation became a little dire,” he said. “She became unresponsive, and she was breathing in a way that really needed medical attention. She was also having labored breathing, so we had to institute resuscitation efforts, so we actually were breathing for the patient.”

In the frenzy, Qaqish – who has spent time in emergency rooms and has advanced life support training – performed CPR while talking with the pilot and a doctor on the ground.

It was determined that they wouldn’t make an emergency landing and eventually got the woman stable enough to continue the flight’s course to Miami.

“Fortunately, she was OK enough that we were able to land and get the rescue team - the EMS team - on board and get her off the plane,” Qaqish.

Emergency life-saving resuscitation isn't his daily bread and butter, but Qaqish's training was more than helpful in this situation -  and in another in the past.

“It’s not the first time, actually,” he said. “Yeah, a few years ago I was on a flight to Hawaii and same sort of thing - someone had like a fainting episode.”

Qaqish also said these types of incidents aren’t unusual. Many of his surgeon and physician friends told him they have had similar experiences on flights.

On top of claps and "thank yous" from the cabin crew and other passengers, American Airlines reached out to Qaqish to thank him personally and gift him a flight.

One email from corporate said in part, "without a doubt, you greatly improved a difficult situation."

Dr. Qaqish said for him it’s all part of being a doctor and a good human being.

“It's always good to help people and all we were doing was helping someone at the end of the day,” he said.