Video from the neighborhood where the mother of three lived captured what sounded like gunshots around 10 p.m. on January 7. 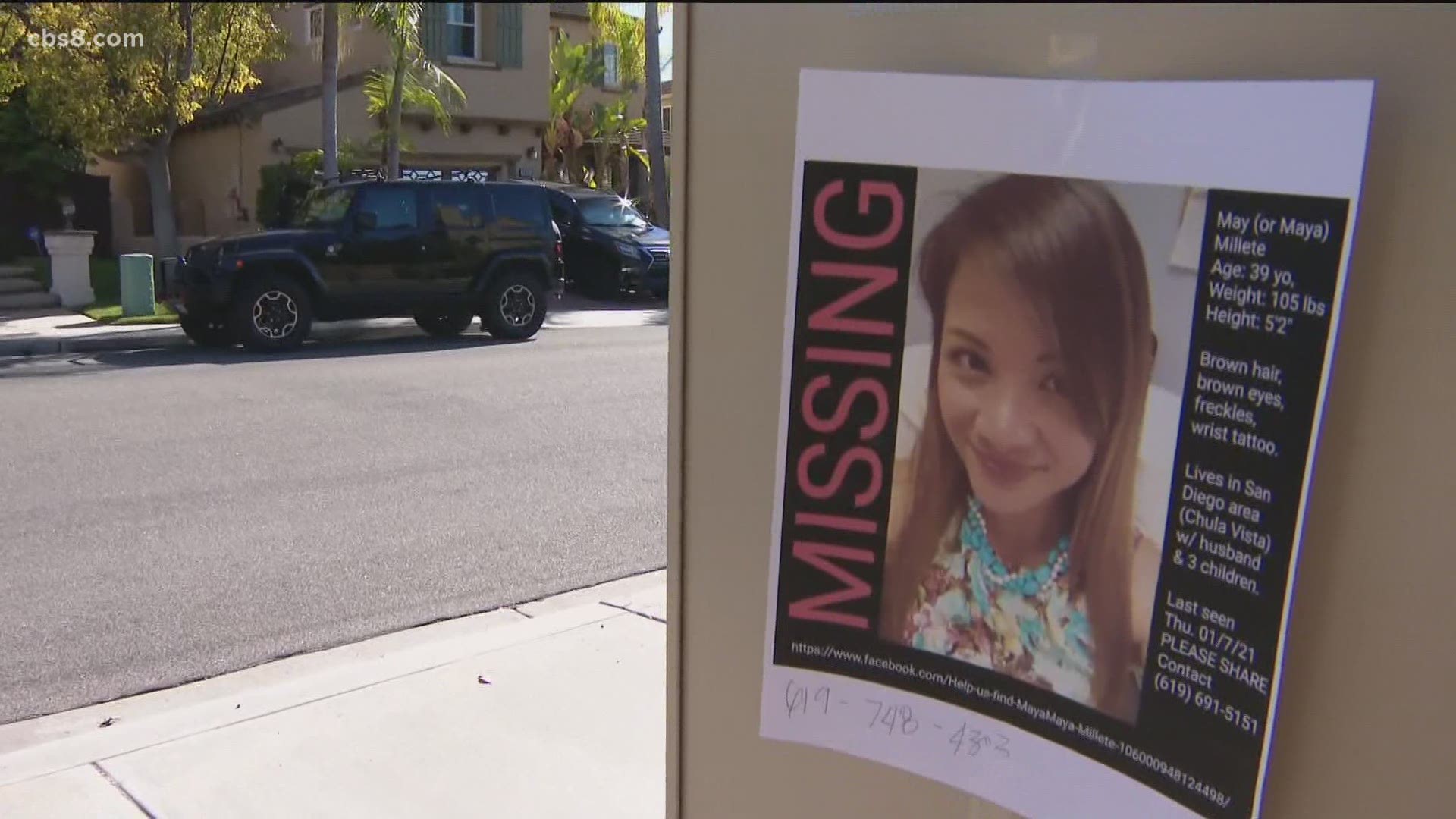 Surveillance video from the Chula Vista neighborhood where a missing mother of three lived, captured what sounded like six gunshots on the night Maya Millete went missing.

News 8 obtained an audio recording of the loud bangs, which already has been turned over to Chula Vista Police.

The bangs can be heard on the recording over a period of 20 seconds.

The neighbor who provided News 8 the recording wanted to remain anonymous and did not want the video portion aired on TV because it identifies their house.

It was recorded around 10 p.m. on Thursday, January 7, the same night Maya went missing and the same night her husband, Larry Millete, reportedly had an argument with his wife.

News 8 caught up Thursday afternoon with Larry Millete's father, Benito, walking to the park with two of his grandchildren.

Investigative producer David Gotfredson asked him about all the speculation swirling around the missing person case.

“The speculation is Maya, she go by herself, OK? Just like the first statement, right?” the grandfather said.

“The family of Maya is looking for a dead body. We're still waiting,” he said.

The 68-year-old also told News 8 that nobody heard any gunshots on the night Maya went missing.

On the same surveillance video, the neighbor told News 8 the recording picks up audio of children playing in a backyard at around 10:30 p.m.

The neighbors gave the recording to Chula Vista Police the week after Maya disappeared.

“We have no comment and will not comment on any evidence or potential evidence in this case. Such comments complicate and potentially hinder the investigation."

The family of Maya Millete is holding a March for May community awareness event on Sunday, April 11 at Chula Vista Community Park: