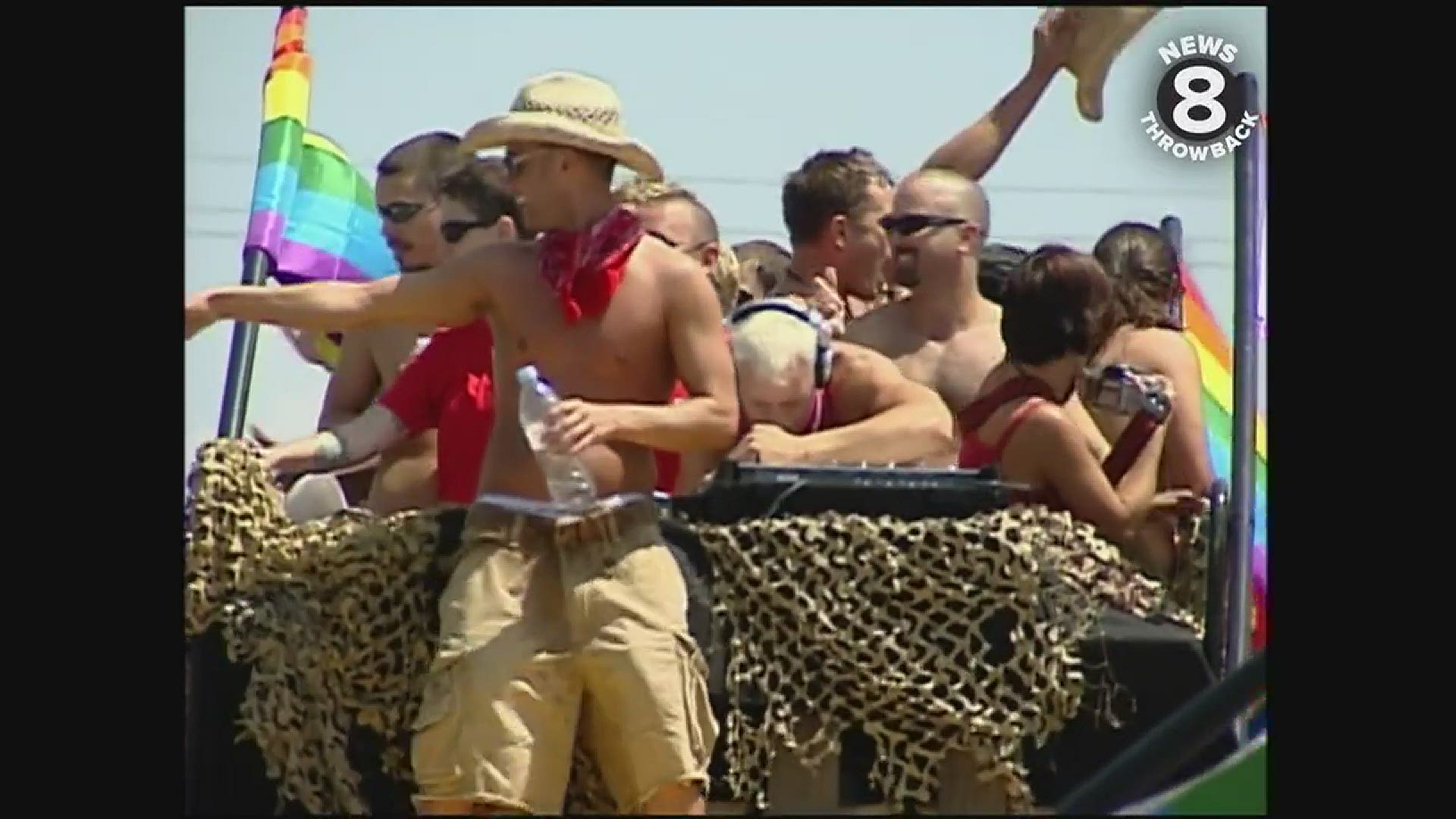 SAN DIEGO — San Diego's Pride celebrations have evolved over the years from small grassroots gatherings to vibrant month-long celebrations. Following a year without in-person events due to COVID, San Diego Pride returned in 2021 with mini-events including She Fest, a Pride march and more.

This week's News 8 Throwback finds glimpses of Pride's past from our archives showcasing how the celebrations have also incorporated messages of fighting oppression and working towards equality for the expanding LGBTQIA+ community.

Footage from the 1970s, '80s and '90s maps some of the history of San Diego's Pride parades. In 1978, it was noted that more than 3,000 were expected for that year's parade and rally. In 1994, News 8 reported that the parade then drew tens of thousands including then-Mayor Susan Golding. When the latest San Diego Pride parade was held in 2019, it was said to be the sixth-largest Pride event in the U.S. attracting more than 250,000 people each year.

Just a dozen years into San Diego's Pride history, the parade and two-day festival was met with challenges in 1986, according to this report from News 8's Doug McAllister. Insurance policy issues were resolved just in time though and the festivities were held with nearly 5,000 spectators and participants in attendance. A small group of protesters from a Santee religious group turned out as well and a parade participant was arrested for trying to take one of their signs.

San Diego Pride parade looks to the future in 1990

In 1990, San Diego Pride was held with the theme “Look to the Future: A New Decade of Pride.” News 8 was at the annual Pride parade on June 9 where reporter Gina Lew spoke to members of the LGBT community, parents showing support for their children and former military members speaking out about equal rights and protections.

"You see students out here, you see veterans from the war, you see political activists, you see people who are just artists - and we're all people," said one parade attendee.

The atmosphere at the 2005 San Diego Pride parade was one of celebration with music and dancing. One parade-goer also noted how the event had grown over the years including city representatives and public officials. News 8's Heather Myers also reported how the parade had evolved over its 30+ year history to include city support with everyone from law enforcement to corporations participating.