A golfer, a basketball player, a long-distance swimmer, a boxer, and many others are showcased in this week's News 8 Throwback. 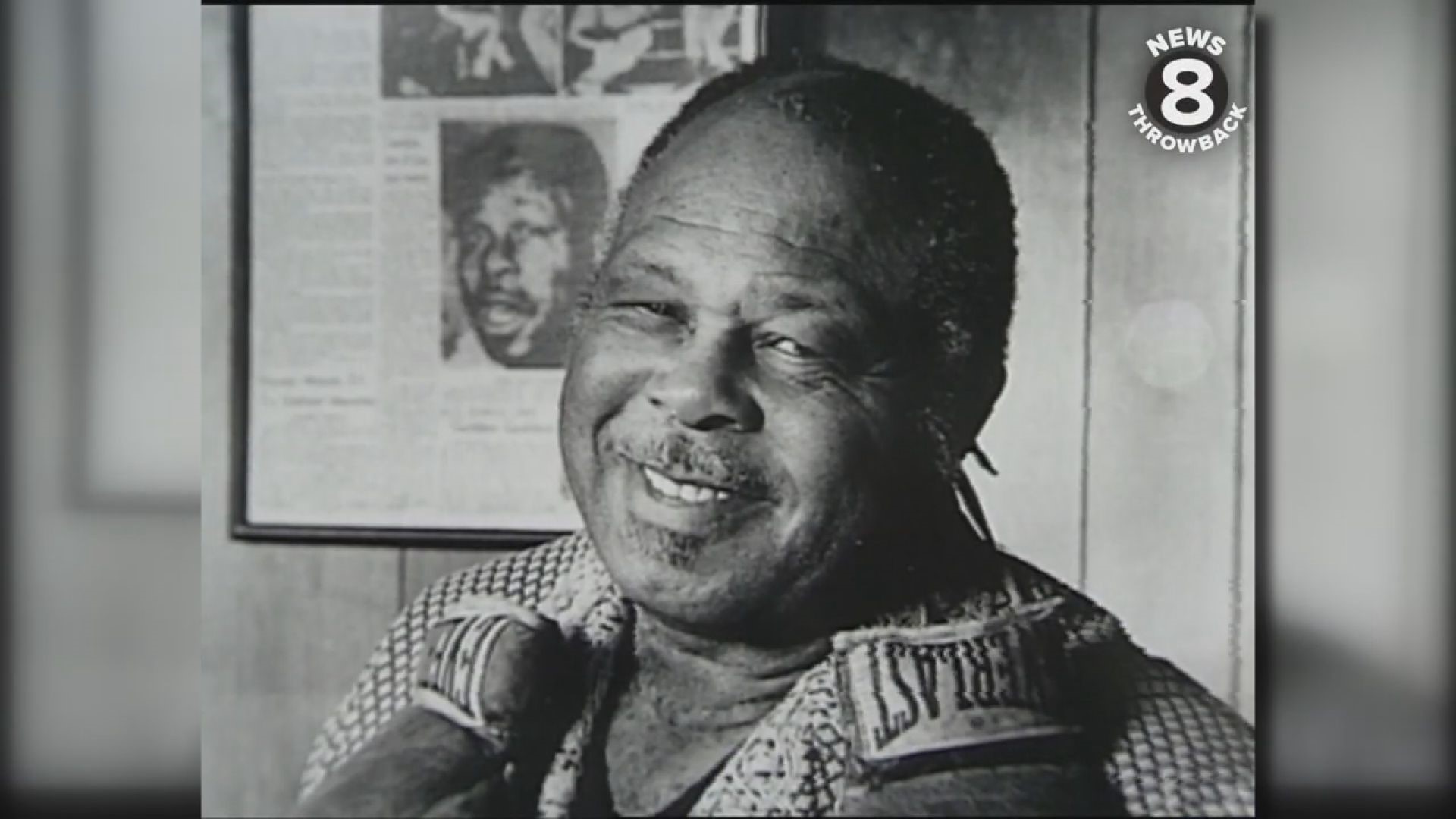 SAN DIEGO COUNTY, Calif. — San Diego has been home to many sports legends and star athletes over the years – and some were even born here or spent much of their life here. A golfer, a basketball player, a long-distance swimmer, a boxer, and many others whose portraits hung in the Hall of Champions in Balboa Park--are showcased in this week's News 8 Throwback.

We couldn’t be prouder to claim Florence Chadwick, Phil Mickelson, Archie Moore, Bill Walton – and many others – as hometown heroes.

In 1979, NBA star Bill Walton, who was born and raised in East County San Diego, got to return home when he was signed to the San Diego Clippers. The All-Star center had spent his career up until then with the Portland Trailblazers before becoming a free agent. San Diego signed Walton to a seven-year contract reportedly worth $7 million.

News 8 was on hand for a press conference on May 13, 1979, where the always personable Walton had much to say about his plans for joining the Clippers and had reporters laughing throughout the event.

After Phil Mickelson won his second Masters championship in 2006 News 8's John Howard had the pleasure of spending "60 Seconds" with him and shared his memories of the interview:

"My final question to Phil ('Who would win a round of golf if Phil played righty and Tiger played lefty?") is a question I usually flip for other golfers asking if they could beat Phil off-handed. I was shocked when I asked Gary McCord that question, and he said, “Oh, I’ve actually done that.” McCord shared that he and Phil had once done that and that Phil beat him soundly, reminding me that Phil is right-handed in everything but golf. Phil learned the game by standing and facing his father, who is right-handed and mirroring his dad’s right-handed swing."

You may not remember Florence Chadwick as much time has passed since she accomplished an extraordinary athletic feat. She swam the English Channel on August 8, 1950, at age 32 and broke the record of her swimming idol Gertrude Ederle by more than an hour. She swam from France to England in 13 hours and 20 minutes.

One year later, Chadwick crossed the English Channel again, from England to France this time, in 16 hours and 22 minutes, thus making her the first woman to swim the English Channel in both directions, and setting a record for the England-France journey. She ultimately swam the channel four times.

In a May 1981 News 8 interview, she told Janet Zappala that her first race was in her hometown of San Diego when she was 6 years old. At age 10 she became the youngest person to swim across the mouth of San Diego Bay. Starting at age 11 she competed in rough water swims, winning an annual 2.5-mile race in the ocean off La Jolla 10 times in 18 years.

Her family owned a restaurant, Chadwick's on Market Street downtown. She attended Point Loma High School and San Diego State College. She worked as a credit counselor and a stockbroker. She died of leukemia in San Diego in 1995; her ashes were scattered into the ocean off Point Loma.

The Florence restaurant which opened in 2019 in Sabre Springs was named after Chadwick.  Images of the long-distance swimmer along with some of her swimming trophies and other memorabilia adorn the space.

Florence Chadwick was one of San Diego's finest athletes and a truly remarkable pioneering woman.

Professional boxer Archie Moore wasn’t from San Diego, but he spent much of his life here and passed away in America’s Finest City in 1998. Moore had a special dedication to kids and vintage footage in this piece shows youngsters at his San Diego home enjoying his boxing glove-shaped pool. Moore also founded the Any Boy Can Foundation – which is now the Any Body Can Youth Foundation. The foundation provides an after-school program for youth in underserved areas of San Diego. And Moore’s passionate words about learning how to live in harmony still resonate decades later.

In 1992, News 8’s Hal Clement toured the Hall of Champions in Balboa Park where photographs of San Diego sports figures were on display. The exhibit included pictures of Archie Moore, Lance Alworth, Florence Chadwick, Billy Casper, Rolf Benirschke and many others. Photographer Thom Vollenweider spoke to News 8 about the varied experiences he had capturing the sports figures – some in black and white, others in vibrant color – for “Sportraits ‘92.”