On Monday, when a News 8 crews arrived at the border, agents made sure to wear their masks. 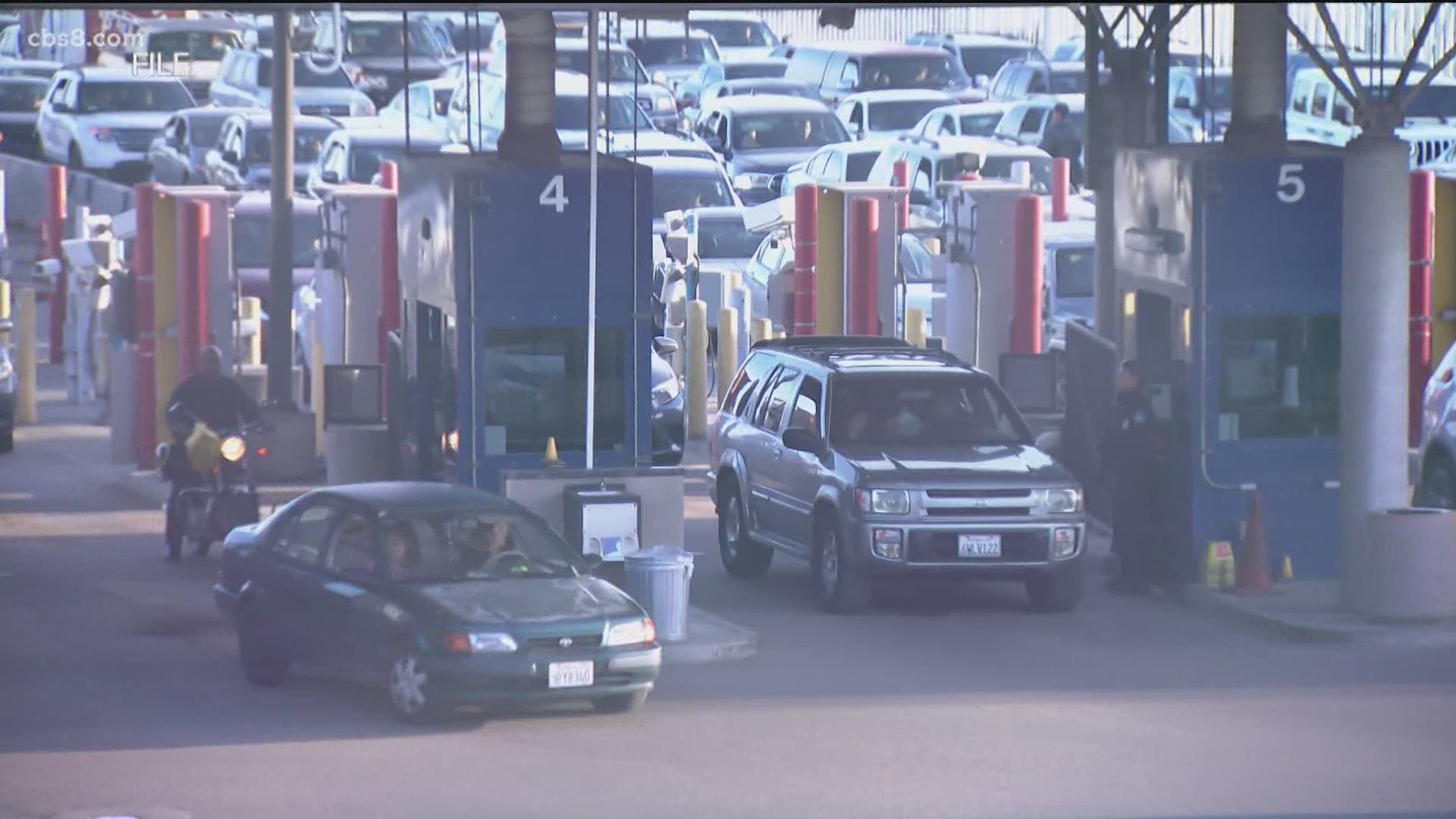 SAN DIEGO COUNTY, Calif. — U.S. Customs and Border Protection officials are still securing the border during the pandemic, but many U.S., Mexico travelers are claiming agents are not wearing protective masks.

In one case, a man who spoke up had his SENTRI pass revoked.

“The guy got very angry. He got near my car. He was screaming at me,” said Robert Bianchi.

Bianchi is describing a U.S. Customs and Border Protection agent at the U.S., Mexico border.

He said the agent was so furious when Bianchi refused to remove his mask, that he took away the SENTRI pass he uses every day to cross the border for work.

Bianchi said he had a legitimate reason for wanting to keep his mask on.

“Because they're not wearing a mask, and they want me to expose my face to their face. They're not six feet away. They're about four feet away from you,” he said.

On Monday, when a News 8 crew arrived at the border, agents made sure to wear their masks.

“You know I’m overweight and I’ve got diabetes. I don't want to find out what COVID-19 would do to me. That's why I’m taking every precaution that I have,” Bianchi said.

In his home place of Tijuana there are about a thousand confirmed cases of COVID-19 and close to 200 deaths.

It may not sound like a lot compared to the rest of the country, but officials said the region has already strained hospitals, which are not equipped for the rising numbers.

“They take hundreds of people. Hundreds of cars everyday. Why aren't they afraid of being exposed?,” he said.

Bianchi still makes the daily commute from Tijuana to his job in Otay Mesa, but inspections take hours without his SENTRI pass.

He plans to write to the Department of Homeland Security, hoping to make his case and get his pass back.

“This is not my fault. These are sworn agents putting us at risk,” Bianchi said.