USD professor under investigation for racial comments in a blog 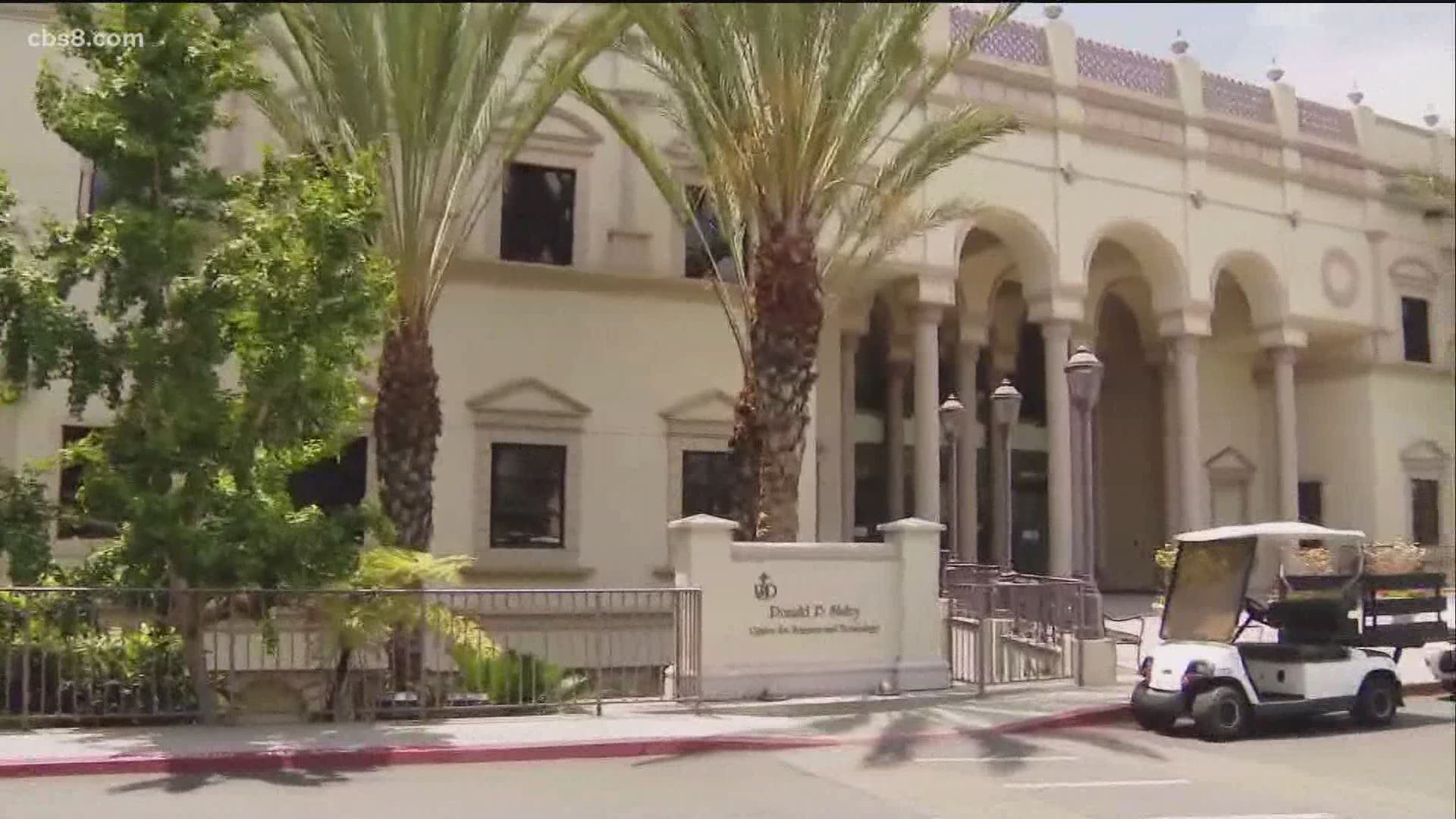 SAN DIEGO — A University of San Diego law professor is under investigation accused of using racially charged rhetoric in an off-campus blog.

Asian Pacific American Law Student Association  (APALSA) and the USD School of Law Student Bar Association are calling on law school and university officials to fire the professor who they say used racist language when talking about the coronavirus and China.

“It's very hurtful rhetoric that was used. It is very divisive language,” said Ashley Thompson, USD APALSA event coordinator. “It was very hard to process and swallow what he said.”

APALSA says since complaints were made to the school, the professor has updated his blog writing he wasn’t referring to an ethnic group but the Chinese government.

“I think it ultimately revealed that he does not understand the hurt that he's caused. It's not what he's explicitly saying in the post, but it's the context,” said Rosa Namgoong, APALSA Vice President of Student Affairs.

The students learned of the blog post around the time of this week’s deadly mass shooting in Georgia.

Asian hate crimes are on the rise, the national Stop Hate AAPI reports 3,800 incidents in the last year.

Recently an elderly San Diego Asian woman was attacked on the trolley. During RISE San Diego’s webinar on Thursday, a Filipino American artist tearfully shared the pain of the recent attacks.

Asian Americans say it is about education and uplifting the community. USD said although the blog is not hosted by the school it does not condone disparaging language and the complaints are under internal review.

APALSA says the USD Law Student Bar Association has joined their list of demands they are sending to the Law School and university leaders and the professor calling for his resignation and termination and a formal apology.

“What he did was ultimately hurtful. And we ultimately want ownership and for him to learn and to do for him to do better," said Thompson.

USD e-mailed News 8 the following statement on the professor's post:

The University of San Diego School of Law is aware of the blog post of the faculty member.

While the blog is not hosted by the University of San Diego, these forms of bias, wherever they occur, have an adverse impact on our community.  It is especially concerning when the disparaging language comes from a member of our community. A core value of the University of San Diego School of Law is that all members of the community must be treated with dignity and respect.  University policies specifically prohibit harassment, including the use of epithets, derogatory comments, or slurs based on race or national origin, among other categories.

We have received formal complaints relating to the faculty member’s conduct, and in accordance with university procedures, there will be a process to review whether university or law school policies have been violated.