The ceremony included bagpipes, the reading of first responders' names, tolling of bells, and Harbor Police fireboat water presentation along with a 21-gun salute. 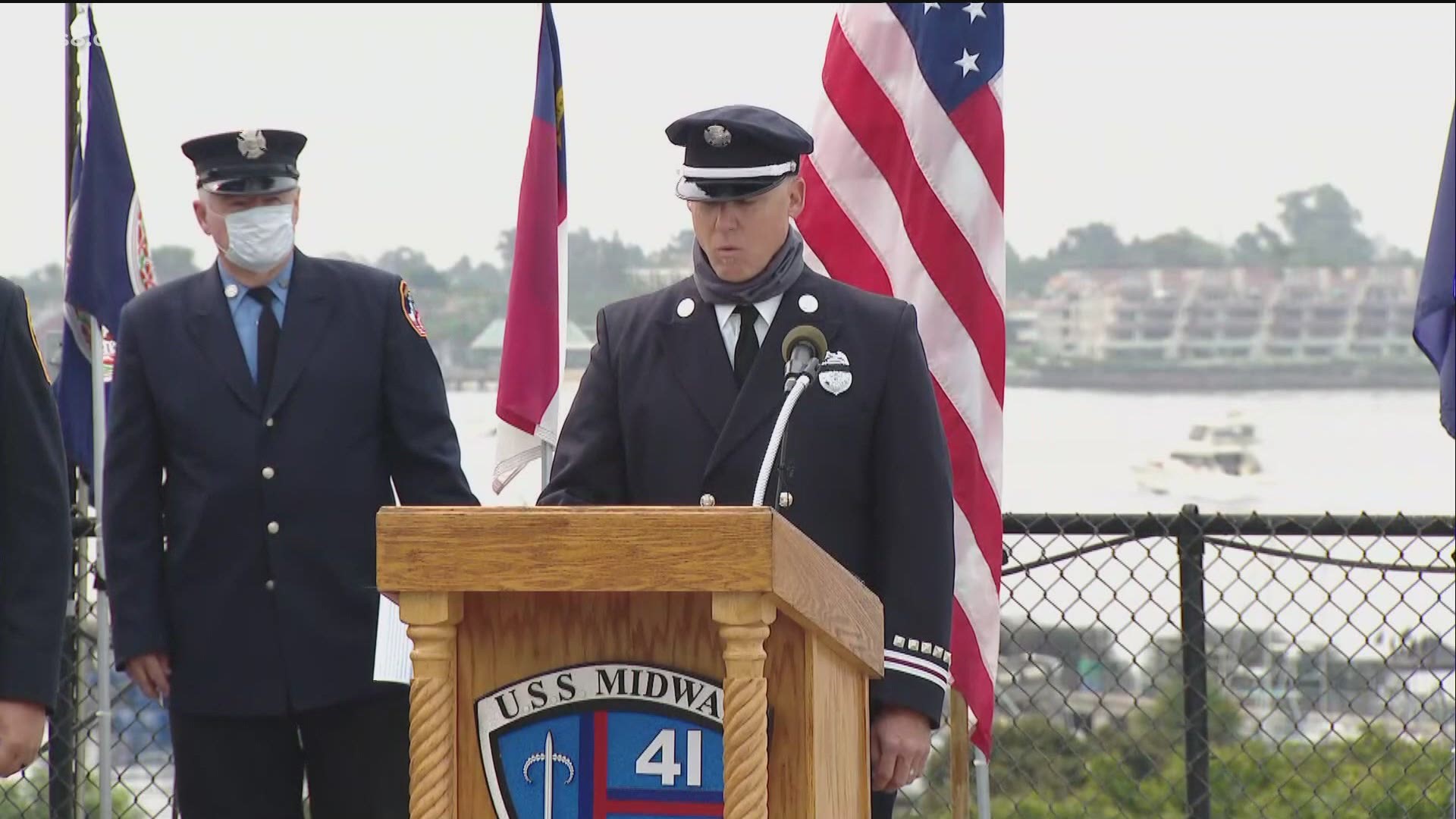 SAN DIEGO — The USS Midway Museum held a commemoration event on Friday for the 19th anniversary of the 9/11 attacks.

The Fire Department of New York Retirees of San Diego, the National City Fire Department, San Diego Fire & Rescue, the Wounded Warrior Project and flight crews from United and American Airlines paid tribute to those who died as a result of that day.

The ‘Never Forget” ceremony included honor guards, pipe and drum corps, the reading of first responders' names, the tolling of the bells, and Harbor Police fireboat water presentation along with a 21-gun salute. Taps was also be played during the ceremony.

The ceremony commemorated the day where thousands of Americans lost their lives when 19 terrorists hijacked four California-bound commercial airplanes shortly after their departures from airports in Boston, Newark and the Washington, D.C., metropolitan area.

The planes were flown into the iconic World Trade Center in New York City, the Pentagon and a field in western Pennsylvania. Nearly 3,000 innocent lives were lost that day, but the impacts continue to be felt. According to the Mount Sinai Health System in New York City, more than 2,000 people have died as a result of 9/11-related illnesses.

Whether you were watching the tragic events unfold on TV, were too young to understand at the time or weren't even born yet, that fateful day changed the course of our daily lives forever. It also spurred one of the most united times this country had ever seen.