Veterans Moving Forward has proven to be so successful jail officials from around the world have visited to better understand how to implement something similar. 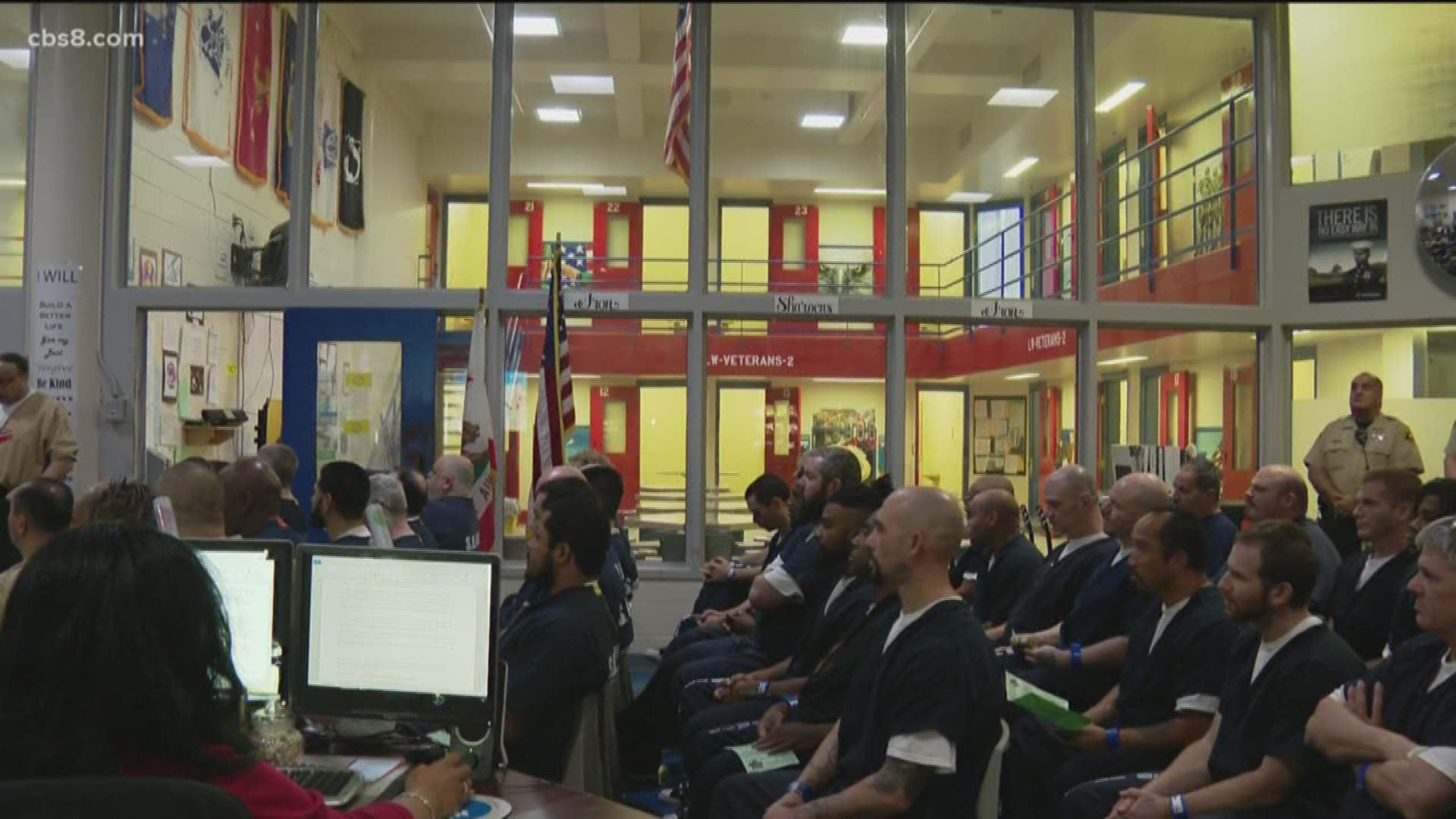 A special ceremony was held at the Vista Detention Center in North County San Diego on Thursday honoring a program that helps veterans get back on their feet. Veterans Moving Forward celebrated its sixth year and is the only program of its kind in Southern California.

It has proven to be so successful jail officials from around the world have visited to better understand how to implement something similar.

The program incorporates many elements including military-style chants, inspirational quotes and inmates playing music together. It's not what you'd typically find within a jail setting.

The Vista Detention Center leads the program inside modules designed specifically for veterans.

"We try to give them the tools to sustain once they get out in the community,” said Shalimar Jackson, the re-entry supervisor working with Veterans Moving Forward.

The program focuses on rehabilitating veteran inmates by providing schooling, counseling, yoga and more as well as guidance when they leave. More than 60 low-level offender inmates participate with dozens more on a waiting list.

"We have Vietnam [War veterans] through currently enlisted - so it's all walks of life,” said Jackson.

Ronald Galloway has been at the center for 11 months for addiction and other related crimes. The Navy veteran has been incarcerated before but says because of the camaraderie here he's inspired to never come back.

"It's what rehabilitation should be,” he said. “They focus on what brought us here to begin with and focus on a plan getting out."

Since 2013, 1,200 inmates have gone through the program. The recidivism rate has been 16% compared to 27% for other veterans not in the program.

For inmates not in Veterans Moving Forward, they still have access to VA services while in custody.