The City of Encinitas on Friday night confirmed three people were killed after a sea bluff collapsed on them on a stretch of ocean shoreline in Leucadia. 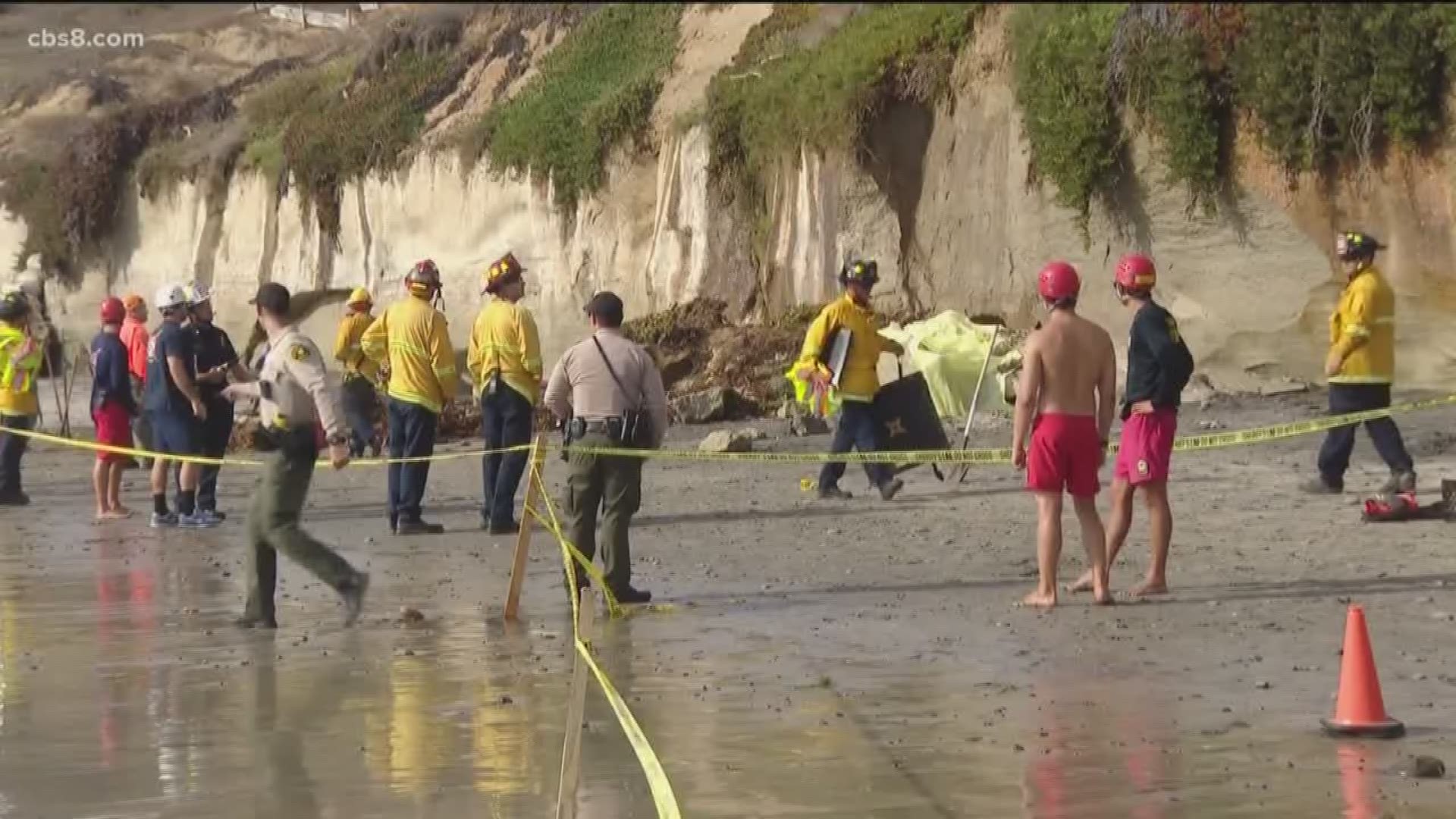 ENCINITAS, Calif. — The City of Encinitas on Friday night confirmed three people were killed after a sea bluff collapsed on them on a stretch of ocean shoreline in Leucadia.

Two other individuals were injured.

The identity of two of the three victims were released Saturday by the Medical Examiner.

The cause and manner of death will be determined by the Medical Examiner's Office.

Cadaver dogs were on scene to help determine if anyone else might be trapped under the pile.

The fatal cliff failure at Grandview Surf Beach in Leucadia, in the City of Encinitas, occurred shortly before 3 p.m., according to the San Diego County Sheriff's Department.

The collapse was believed to have sent 15 to 20 cubic yards of material onto the beach.

For safety reasons, officials have closed the beach from Ponto Beach in Carlsbad to the area south of Grandview Beach. Officials are asking that the public avoid the affected area.

Encinitas Mayor Catherine Blakespear said, "We are devastated by the tragedy today and our hearts go out to the victims and their families.  We stand ready to help in any way possible. Our engineers and the public safety team are diligently working to assess bluff conditions."

A geotechnical engineer on site evaluated bluff conditions. The engineer has confirmed that the homes above the bluff do not currently appear to be at risk. Given the apparent natural instability, beachgoers should avoid areas near or under the bluffs and keep a recommended safe distance, 25 to 40 feet away.

Lifeguards said there are signs posted along the coast warning beachgoers of the dangers potential cliff and bluff collapses.

The material the bluff is made of was described as heavy Torrey sandstone.

Authorities said the collapse was a natural occurring event that happens four to eight times a year along the San Diego coast line.