Deidra Cooper spoiled her dog named Saki with a coming-of-age party to remember. 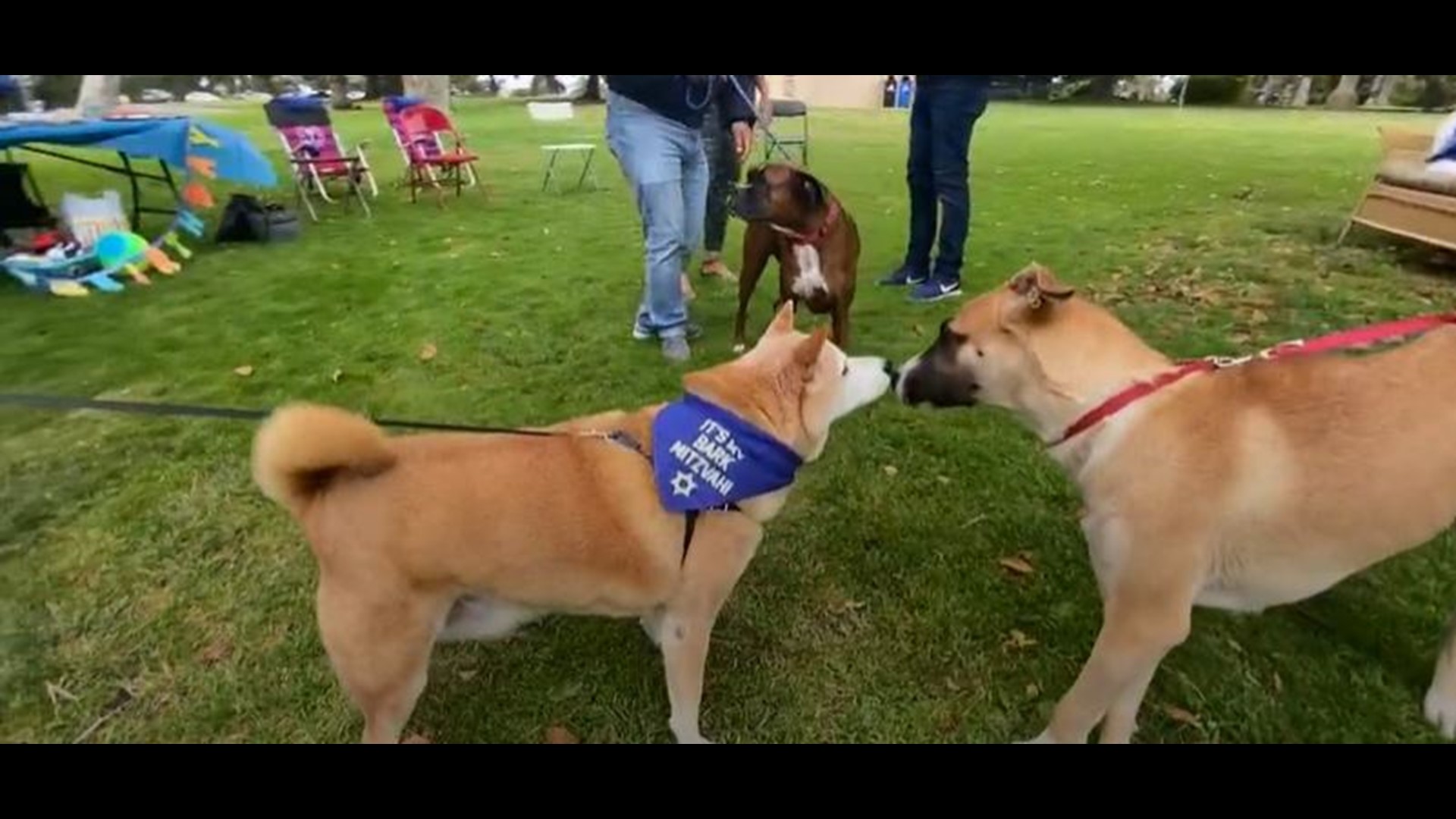 SAN DIEGO — So, you say you love your dog, but have you ever thrown your pet a 'Bark Mitzvah'? In this Zevely Zone, I went to Golden Hill for a special celebration.

"This is Saki," said Deidra Cooper introducing her adorable Shiba Inu, who is turning 13 years old. "Not only is it his birthday, but it's his Bark Mitzvah."

On an occasion this special, you invite all your dog's buddies. "These are all of his friends," said Deidra.

Then, of course, you invite your friends.

"Oh, I'm Saki's grandmother," said one guest while adding, "It's the first Bark Mitzvah I've been to."

We heard a lot of people say that. I mean, a Bark Mitzvah?

"I thought it was genius," said another guest. Here are a few of the comments I heard:

"It was a surprise."

"I thought, 'oh my God,' this is the most American thing that can ever be."

I asked her if her friends throw Bark Mitzvahs. "Not that I know of," laughed Deidra.

A coming-of-age celebration like this could start a new trend, or not. "He's kind of an agnostic," said the owner of a dog named Frank.

In case you party planners are wondering, the puppy favors come first then the food.

"This one, you want this one?" asked Deidra passing out party favors to the dogs.

The dog food looked more expensive than the human food. "It probably is, actually," said Deidra.

But before they broke bread, Deidra's boyfriend, Steve Kader, gave a blessing. "Thank you everybody for coming," said Steve. "We say baruch adonai l'olam."

"Everything I do is over the top and extra, I'm a hairdresser," said Deidra. She sure "dressed" this party up and capped it off with cake.

"The cake is kosher," assured one guest.

RELATED: Balboa Park dog lover says her job is a 'Walk in the Park'

"All dogs are special, but Saki is really, really unique. He's a good boy," said Deidra.

Saki did not enjoy his cake, but Deidra said that it is okay that he's picky. She loves him no matter what.