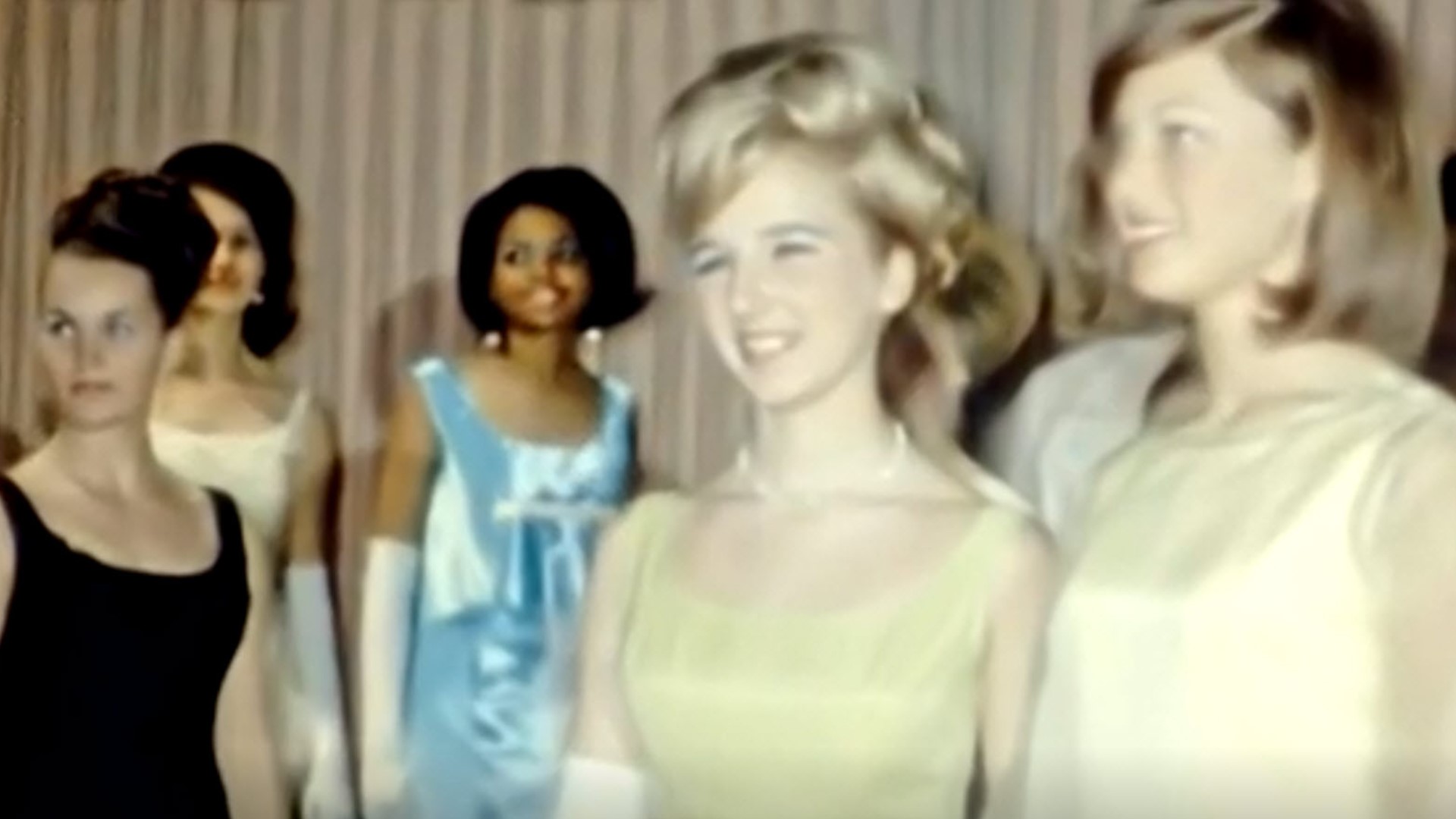 SAN DIEGO — A local beauty queen from 1967 moved away from California decades ago but a piece of her never left San Diego.

In this Zevely Zone, I made a Zoom call to Victoria, Canada with the good news.

Imagine your surprise, if, at the age of 73, a television station discovered old film footage of you.

"I thought that was amazing," Barbara Gill said, laughing. She went by Barbara Smith in 1967 when she competed in the Miss San Diego Pageant more than five decades ago.

We found pictures and footage of Barbara in her formal gown and the bathing suit contest.

"My special talent? That is singing," Barb, who sang a song for us from the play "The King and I," said.  Barbara finished fourth in the contest and went on to become an accomplished ice skater. She then fell in love with her husband Larry.

"She is the love of my life," Larry Gill said. He reached out to News 8 from their home in Canada wondering if we still had the old footage.

Barb Nielsen, News 8's archive editor, got to work.  "We were really on that story, there were probably 10 entries on our card catalogue," Nielsen said.

Barbara Gill was so excited to hear the news. "I couldn't believe that you wrote back," Barbara said. It was the first time she had ever worn a formal dress. The footage is priceless to her.

"I didn't know anything about putting on makeup or doing my hair," Barbara said.

One of the pageant's sponsors was KFMB TV 8. Barbara even found herself doing the weather with Regis Philbin.

"It was a sunny day. I had never done anything like this before," she said.

So, attention to all our News 8 viewers: Be ready. We save every frame of footage and someday we may call on you to hit the high note of your life.

RELATED: Discovered: Lost footage of Beach Boys at the San Diego Zoo in 1966

If you'd like to see more News 8's archive footage from the 1967 Miss San Diego Pageant and other stories, visit the CBS 8 YouTube Page Thowback playlist.