News 8 thanks all those who have served our country in the United States Armed Forces. 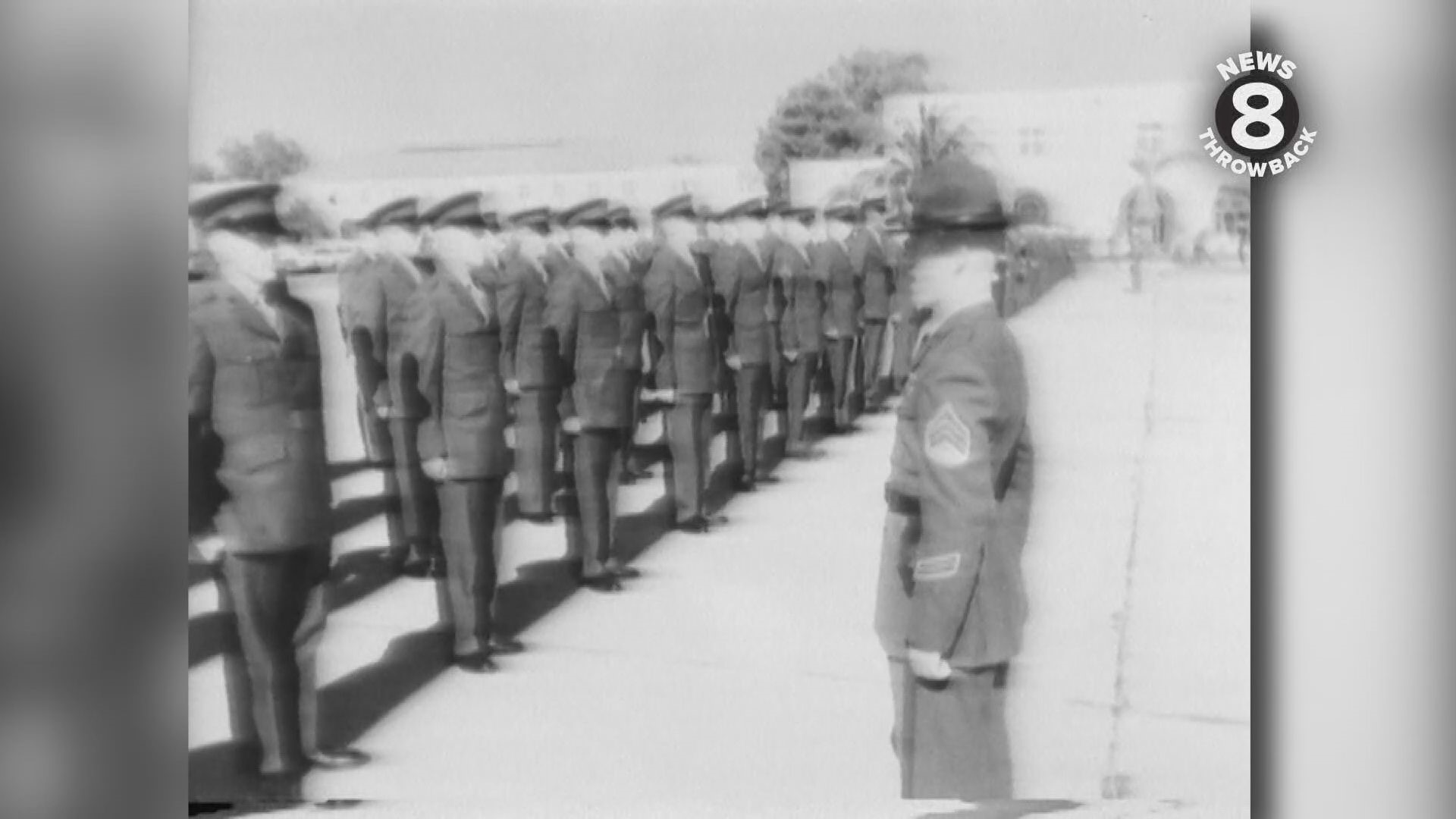 Veterans Day is an annual holiday meant to honor military veterans. As a military town, San Diego recognizes service members in a variety of ways on holidays and beyond.

These clips from the News 8 archives hold military memories from all over San Diego spanning more than half a century. News 8 thanks all those who have served our country in the United States Armed Forces.

This News 8 special from 1965 gives a behind-the-scenes look at Marine Corps Recruit Depot San Diego. Reporter Mel Knoepp highlighted what it was like for a new recruit arriving at MCRD from the drill instructor's welcome to their “boot haircut” to their first meal at the depot. The recruits – also called “boots” - are seen training to become Marines and completing an obstacle course that they were required to attempt over and over until it was “mastered.” Finally, they reached graduation day after eight weeks of training.

A Veterans Day ceremony at Fort Rosecrans National Cemetery on Nov. 11, 1980 came with a somber tone. News 8’s Jim Gordon reported that mention of the 52 U.S. hostages being held in Iran may have set the tone for the event. All branches of military were represented and honored at the event. The word “freedom” was a common thread among the speeches delivered at the ceremony which ended with the playing of “Taps.”

RELATED: Jeff Zevely sits down with a war hero that fought for the U.S. in three separate wars

This emotional three-part series on Vietnam veterans was presented by News 8’s Gene Cubbison in 1980. Men who served spoke candidly about their experiences following the war and the issues they continued to deal with from physical wounds to mental scars. Experts had just recently begun using a phrase called “delayed stress” for what combat vets were going through.

The men that spoke at a group session for veterans talked about a multitude of problems they came home to: trying to adjust to society, losing friendships and relationships, public opinion about the conflict, and a lack of support for psychological issues were just a few. The men’s own accounts range from heartbreaking to hopeful.

“We’ve been to hell and back – we're back and hopefully some people will listen to us,” said one.

RELATED: 8-year-old has raised more than $50,000 in care packages for homeless veterans

On Veterans Day 1992, News 8 Hal Clement showcased the various ceremonies held in San Diego to honor living veterans and those who were lost. Veterans at the El Cajon VFW spoke about their roles in World War II and the Vietnam War. At Fort Rosecrans National Cemetery loved ones were seen visiting graves and leaving mementos.

For Veterans Day 1994, a group of Vietnam veterans from San Diego were selected for a special trip to see their memorial wall in Washington, D.C. Vista Vet Center counselors selected 18 men who suffered from PTSD to make the journey to see the memorial known as “The Wall.” Many of them became emotional on their visit but felt supported by their brotherhood and the bond with one another. News 8’s Jody Hammond was along for the trip that ended with the welcome home “they never received when they came home from Vietnam” as friends and family gathered at the airport to greet them back.