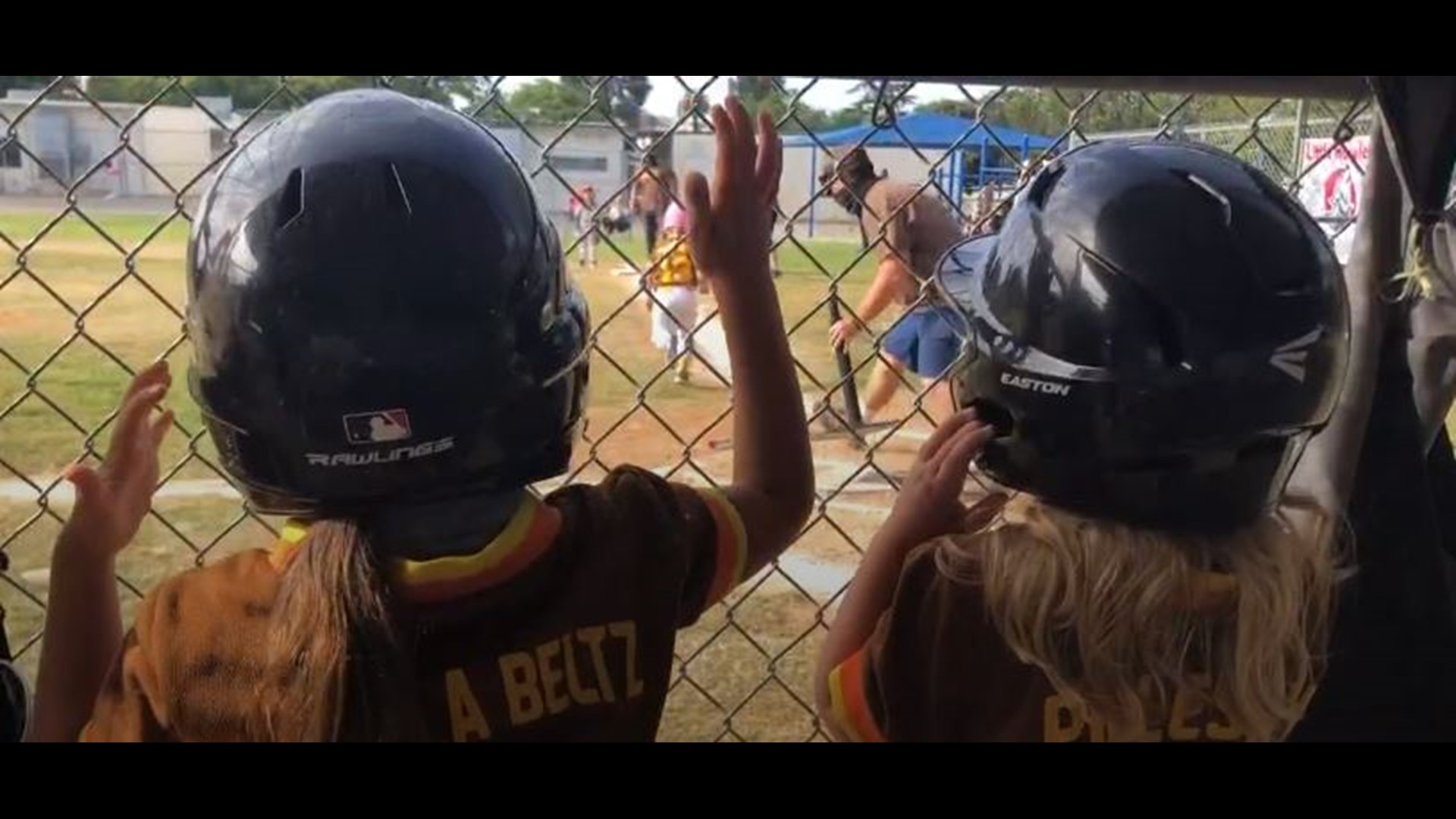 LA MESA, Calif. — Baseball is traditionally a sport played by boys, but don't tell that to the Queen Bees. In this Zevely Zone, I visited a "Field of Dreams" in La Mesa. The La Mesa National Little League started its charter in 1954 and to their knowledge, this is the first time in history they've fielded an all-girl T-ball team.

"That's when I kind of knew we kind of had something special and an opportunity," said Coach Josh Polesky.

He said the classic Geena Davis and Tom Hanks movie, "A League of Their Own" is rated PG, so his little 4-, 5- and 6-year-olds haven't seen it and he hasn't had to tell them there is no crying in baseball.

"You know I haven't because actually the only crying that I have seen involved with this team is when they hit the ball and it hit a little boy in the face," said Josh.

When it came to picking a team name, two of the moms considered the hitting power of a whole hive of "Queen Bees."

"They are full of it, yes, they are spicy, and they love being out here," said Robyn Polesky and Lisa Bailey.

They told me when it comes to gender and playing against boys, "I don't even think they notice, I don't think they do either, they are just out here having fun."

During our visit, the Queens Bees took on the Little Howlers, an all-boy team, which made me wonder.

"Would you allow a boy on your team?" I asked.  In unison, the girls yelled. "No."  But when I asked them if they'd allow another girl on their team they screamed, "Yes, yes, yes."

But 'May-Bee' they'd let a boy dress up as their mascot and name him the Buzzer.

The team mascot was a full-grown man dressed up as a bee. He told us it's convenient during COVID to wear a mask and protect his true identity,

In T-ball there's not supposed to be any wins or losses but if the team was keeping track against the boys.

"I think we won most every single game, so it's kind of a hard pill to swallow," said Assistant coach Jerod Bailey.

Out of the field, the moniker Slam Diego fits well with this swarm of bees. We watched the girls bring it home with a Grand Slam.

On this field of dreams, the Queen Bees are creating a real buzz.