You don't have to wait until Oktoberfest to get your accordion fix . 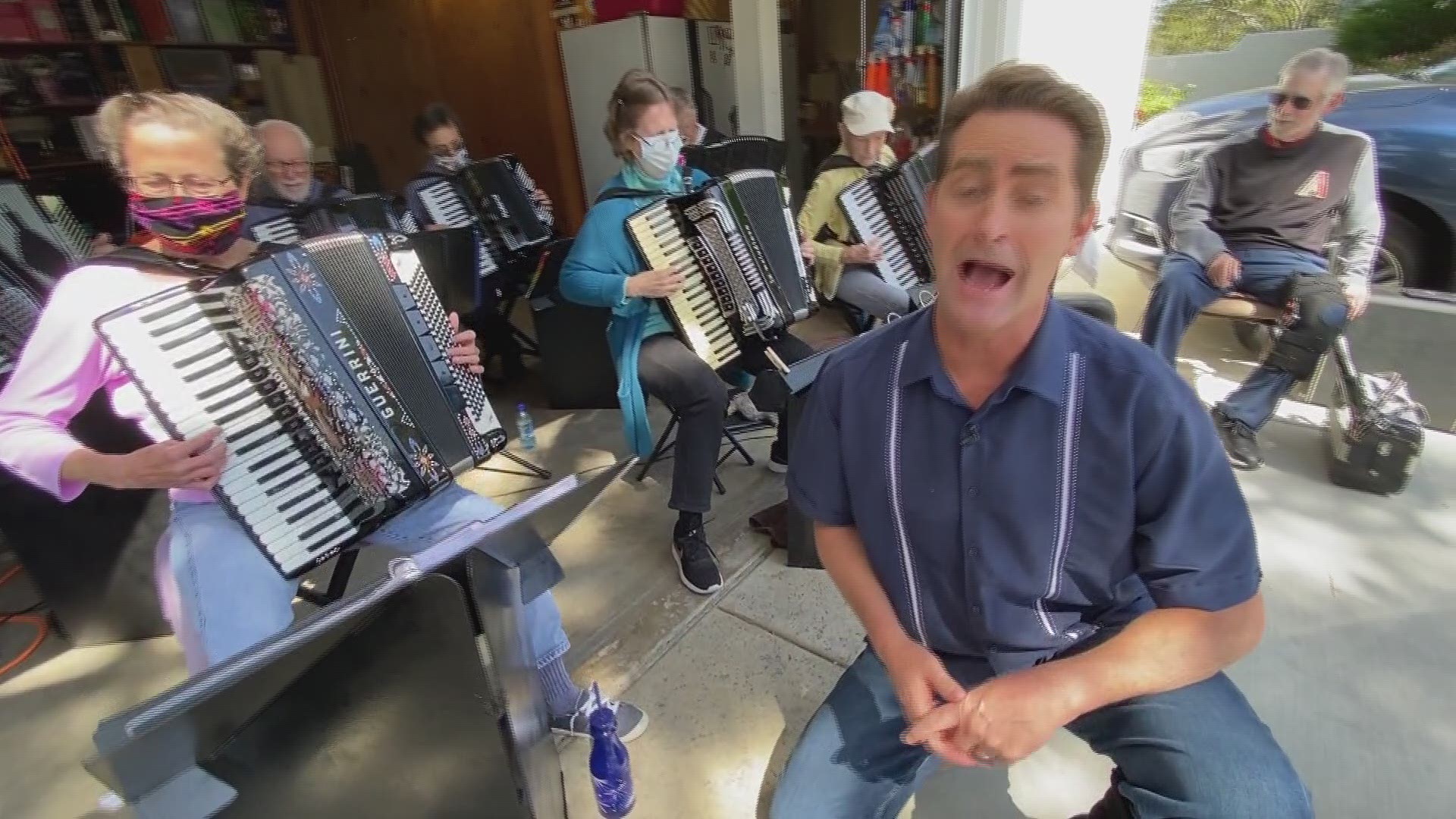 SAN DIEGO — You don't have to wait until Oktoberfest to get your fill of the accordion. In this Zevely Zone, I received a special invitation from a club in La Jolla. It was months ago when the San Diego Accordion Club invited me to attend "Polka Paradise."

"Here we are," said Donna Kaspar with a big smile.

Donna is in charge of spreading the club's message and sound.

The local chapter of the Accordion Lovers Society International starting meeting nearly 40 years ago, which makes them the county's oldest garage band. The club gathers a few times a month for concerts and practice to play an instrument for any occasion.

"If you are sad you, or if your happy, or if you're mad you can pull that thing or if you are romantic, you can play something sweet," said Sharon Marotte.

Club members told me that when they play an accordion, no other instruments are needed.

"Pianos will fall off the top of your car all the time so, accordions are easy to transport," said Club President Vicki Eriqat.

When I mentioned that some people get annoyed by the sound of accordions, Donna Kaspar said, "Who? I don't know how."

Maybe people are unaware of the accordion's musical range.

The playlist goes on and on, and so do the songs.

Donna added, laughing, "I thought it was done, too."

So, we tried to predict the ending of the song the band was playing. Several times we were fooled by the songs that took an extra lap or two around the dance floor.

You never know where an accordion concert might take you. I found myself dancing with a woman by the name of Dr. Fox.

"This is our first date," I whispered.

I blushed a bit and said, "This is going much too fast."

Around here, everybody's wrapping their arms around something and most of the time it's an accordion.

You do not have to play the accordion to join the club. You just have to love accordion music. The San Diego Accordion Club has not raised its dues in more than a decade. Their annual dues are $25.