The pilot with a $1.5 million plane will take six months to fly from San Diego to the South Pole, then North Pole and back again. Here's why. 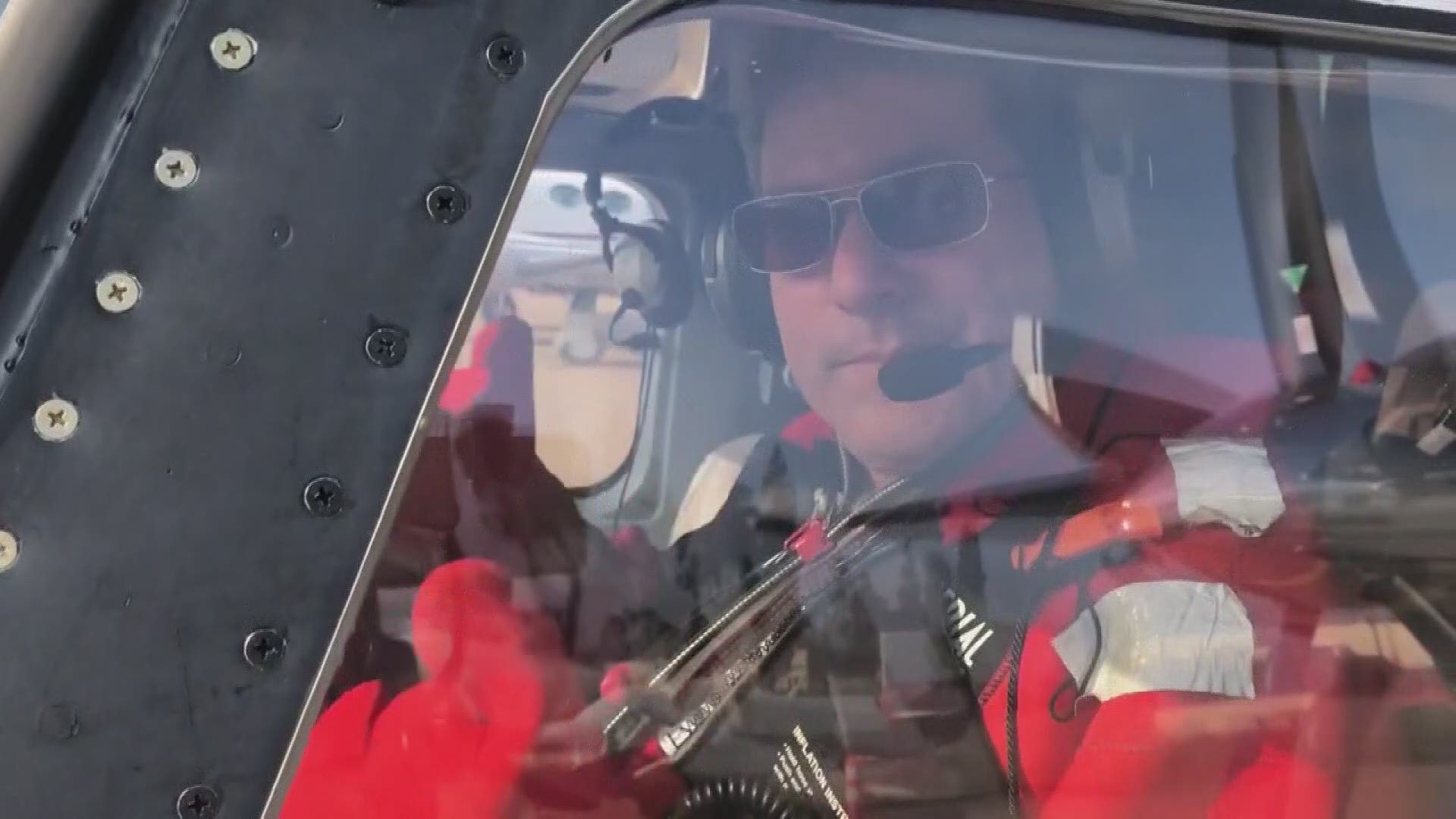 Not many people have traveled all the way around the planet in a plane for peace.  In this Zevely Zone, I went to Gillespie Field to meet a local pilot who will leave San Diego to fly to the South Pole, the North Pole and back to San Diego.

San Diego pilot Robert DeLaurentis wants to inspire the world by flying all the way around it.

"So, this is your baby?" I asked while standing in front of his plane.

"Yes, this is my baby. The Citizen of the World, actually - it's everyone's baby," said Robert.

The pilot with a $1.5 million plane will take six months to complete the flight, which made me want to ask, "Did you have a job at some point in your life?"

Robert responded with a laugh, "I've had jobs but not in flying. I've had jobs. I started out in accounting. I worked for Arthur Anderson: a big eight accounting firm for a few years."

Robert invested in real estate, did well, and now focuses on his passion project, which is flying.

The most dangerous part of the trip for Robert will be when he flies from the tip of Chile to the South Pole and back. It is a 20-hour stretch and he can't fall asleep.

"What is your secret for staying awake?" I asked.

Robert told me, "Fear. The last guy who tried it in a plane - I asked him ‘how did you stay awake that long?’ and he said ‘you know, Robert, I was afraid the entire time.’"

In 2015 when Robert flew the Spirit of San Diego around the planet, engine failure at 14,000 feet forced him to coast without power for 20 miles.  He showed me a picture following that emergency landing that people ask him about all the time.

The last time he flew around the globe, he flew around the equator, but this time he is flying from the South Pole to North Pole, which he says is far more difficult.  Extreme temperatures and vast distances are two of the challenges that used to make Robert stress out.

RELATED: Airbnb wants to send 5 volunteers on a month-long trip to Antarctica

After Robert wrote a book called Zen Pilot, the deeper meanings in life started adding up for this former accountant.

"You know, at a time when the world is divided by politics and religion and financial issues [I think] that maybe we can do something to connect people," said Robert.

You might think he's got his head in the clouds, but Robert says wars have never been fought at the North or South Pole, so why not fly for peace and unite us all? It's an idea that might just take off.  The money raised from Robert's flight will help children learn how to fly.  Robert plans to leave San Diego on Nov. 16. If you'd like to follow along with his flight, go to www.PoleToPoleflight.com