This 'zero waste' family describes their living off the land journey

Fredrika and her husband, James, are growing nearly 60 different types of vegetables, fruits and berries. 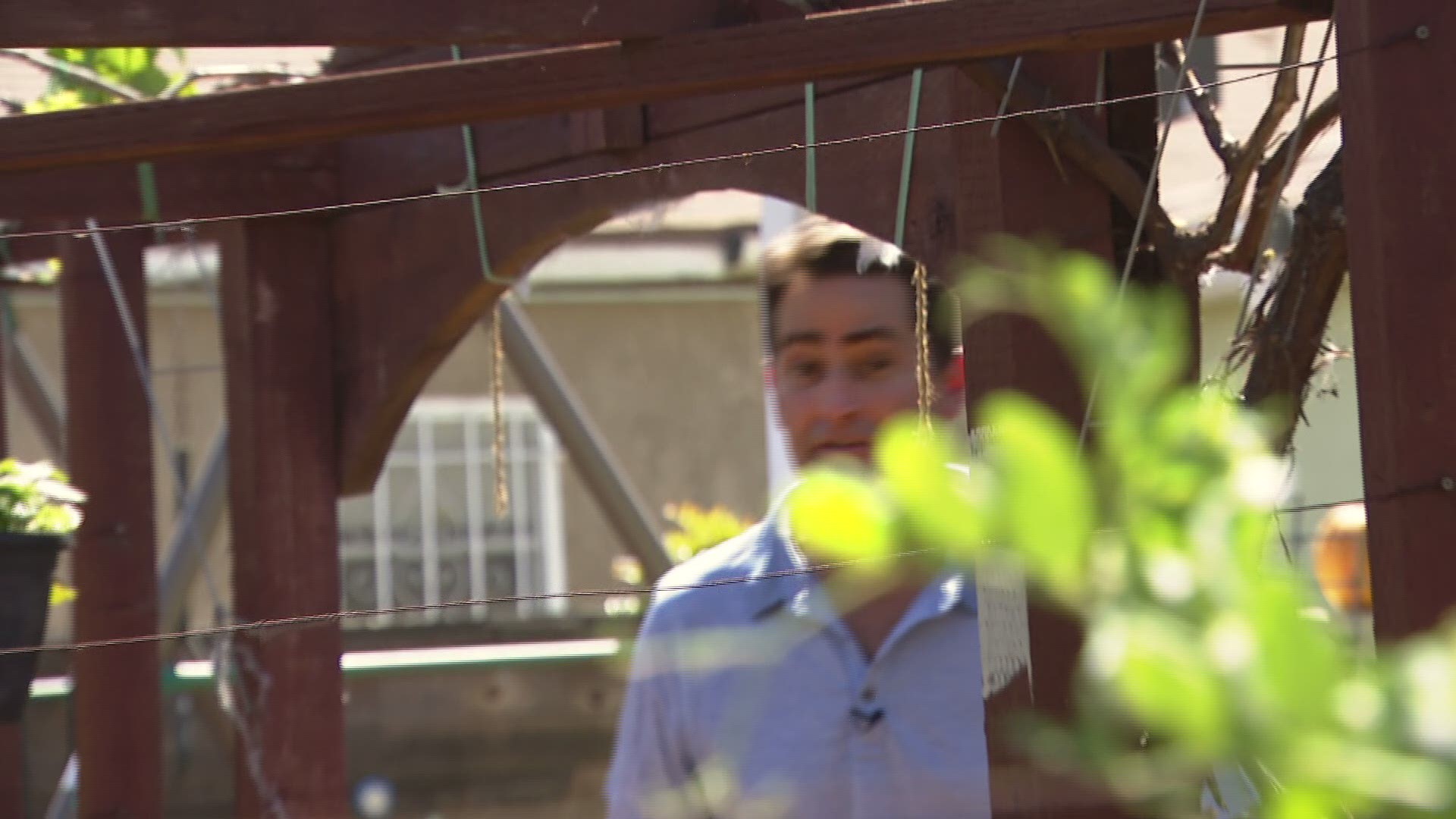 SAN DIEGO — You don't have to live on a huge piece of land to grow your own food and maintain a successful homestead. In this Zevely Zone, I went to Talmadge to check in on the 'Zero Waste Family'.

"Welcome back one year later," Fredrika Syren said. Last year, the family of five made a pandemic pledge to live off the land in Talmadge. Fredrika and her husband, James, are growing nearly 60 different types of vegetables, fruits and berries.

"We had everything we needed here," said Fredrika.

In 2020, when some grocery store shelves were bare, some neighbors relied on the Zero Waste family.

"They said, 'hey do you have kale and spinach,' and we said 'yeah just come by and pick it up whenever you want,'" Fredrika and James said. "And eggs, in the beginning nobody had eggs, and we had lots of people who came here and traded eggs."

James was an overworked software product manager desperate to cut his workload by 40 hours a week.

"We went on this journey to find out how much money we could save, and the question was could we really change our work schedule to spend more time with the kids," James said.

The do-it-yourselfers also made a movie called "Zero Time to Waste," which premiered at the San Diego International Film Festival in October. The family's three children: Bella, Noah and Liam, are scheduled to make an Earth Day appearance on Nickelodeon which is making their friends green with envy.

"Yeah, except my hair is long so they sort of don't recognize me," ten-year-old Noah said.

If you think Noah's hair is fast growing, you should see the family's cabbage, broccoli and beans.

"Instead of focusing on what is not working, focus on what is working," Fredrika said.

James added: "I think most people think about eating, I'll go to the grocery store and get that, whereas here we have so much coming out of the earth we are either going to eat it or it is going to go bad."

The kids' favorite meal is rice and beans. Home cooked meals and only driving one car are just two ways you could save thousands.

"I think we learned a lot and grew closer with each other," James said. "It's been a tough year but has been a year of real growth and I think us coming together and getting even closer."

The Zero Waste Family says you, too, can become a San Diego farmer.

The family's short documentary is offering a free screening in Oceanside April 24 at The Rising Co.

If you'd like to learn from Fredrika, James and their children about DIY Urban Homestead, their journey is detailed on at https://zerowastefamily.com/