When the aircraft carrier docks at Naval Air Station North Island, it will officially end an anything but routine deployment that included a coronavirus outbreak. 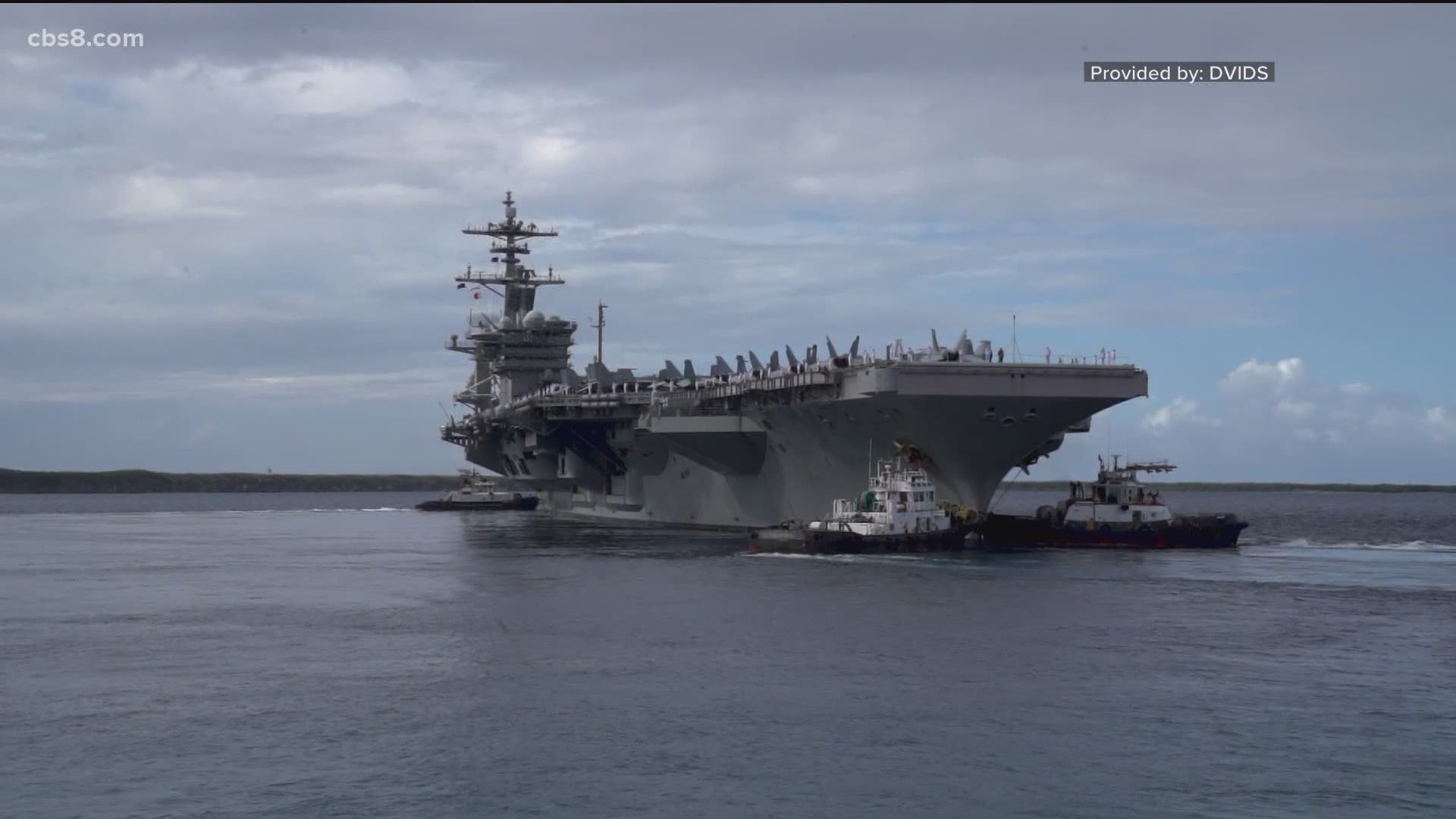 SAN DIEGO — The USS Roosevelt is almost home! When the aircraft carrier docks at Naval Air Station North Island, it will officially end an anything but routine deployment that included a massive coronavirus outbreak.

“I'm so excited,” said Shantilly Graham whose son Keyon is aboard the ship. “I just want to put my arms around him and hug him.”

Shantilly said she couldn’t be prouder of her son who works as an aviation boatswain's mate.

“He thought mom was hard on him, but now he's a grown man," she said. "He got to see what a real hard day’s work looks like.”

This was the 21-year-old's first deployment, and it’s certainly one he will never forget. Just two months in, three sailors tested positive for COVID-19. Within days, that number jumped to dozens and then hundreds - including Keyon. The San Diegan was quarantined for 51 days, seriously testing his happy-go-lucky spirit.

“There were a couple episodes where he called me crying and it would be like really crazy hours of the night,” Shantilly said. “So it was tough.”

“That was tough on him," his mother said.

Adding to the stress, his beloved commanding officer, Captain Brett Crozier, was relieved of duty for the way he warned the Navy about the spread of coronavirus aboard his ship.

“That team, that whole entire ship, they would have went to who knows where and back for him because of the loyalty,” Shantilly said. “The pure loyalty of what he gave his people.”

Shantilly hopes the military will be a long-term career choice for Keyon, but for now she's just excited to give him a hug and make him a big lasagna dinner.

“I am ecstatic to see what the future has for him," she said. "I know that whatever choices he makes, he's going to make me proud and I just love him to death. I just love him."