Due to COVID-19 the large-scale celebration was canceled but Honor Flight San Diego remembered the Greatest Generation in a virtual ceremony. 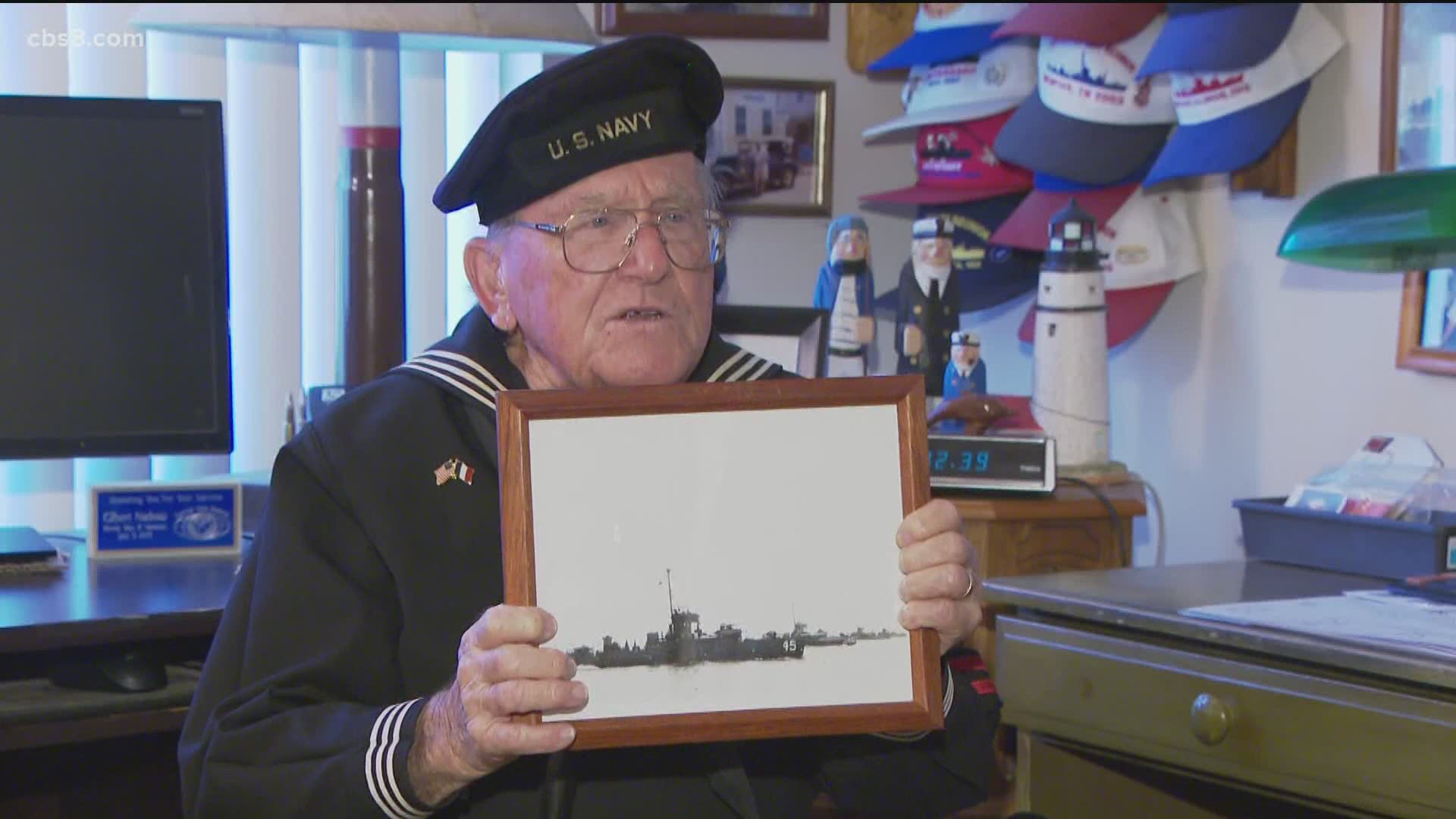 SAN DIEGO — Friday is the 75th anniversary of the end of WWII known as Spirit of ’45.

San Diego is known to have a large-scale celebration and mini-reunion with veterans but due to COVID-19, it was canceled.

Still, Honor Flight San Diego wanted to remember the Greatest Generation in a virtual ceremony. The nonprofit flies WWII and Korean War veterans to Washington D.C. twice a year to visit their memorials.

The private tribute was aboard the U.S.S. Midway Museum to remember the 16 million Americans who served in WWII.

“We are just thankful that we still have them. We are still remembering them. We want them to know that and we are trying to honor them virtually,” said Julie Brightwell, Honor Flight San Diego Chairman.

RELATED: Operation Mail Call will go on as Honor Flight is canceled due to COVID-19

Each day that passes, the veterans' stories disappear. The National World War II Museum reported in 2019 there were only 389,292 American WWII veterans alive.

“All of the sudden a radioman turned on his outside speakers which was a no, no in those days and said, ‘the war is over,’” said Gilbert "Gil" Nadeau, U.S. Navy, WWII veteran.

The U.S. Navy Third Class sailor said he was on a Landing Craft Support (LCS) in the Lingayen Gulf in the Philippines practicing maneuvers for an invasion against Japan. He said they weren’t yet notified about the atomic bombs.

“The first thing that came to mind was after two years in the Pacific, now I can go home,” said Nadeau.

Pearl Harbor survivor, retired U.S. Navy Petty Chief Officer Stu Hedley, said he was on picket duty off Okinawa and remembers his ship erupting in cheers and it looking like the Fourth of July.

“The lights went on all over the ship. Some of our fellows got machine guns and started shooting,” U.S. Navy WWII veteran Hedley.

Three and half years earlier Hedley was on the U.S.S. West Virginia in Pearl Harbor when it was bombed and torpedoed. He escaped but not without watching nearby destroyers explode killing his brothers. The now 98-year-old served 13 engagements including the deadly battle in Guadalcanal.

“We were elated by the fact that we weren't going to be fighting anymore,” said Hedley.

Stateside there was jubilation in American streets.

“It was such a relief. I can't tell you,” said Roberta "Randy" Tidmore, U.S.M.C WWII veteran.

Tidmore said she was driving garbage trucks at the Marine Depot in San Diego. She previously dropped out of college while studying nursing and became a Rosie the Riveter working to replace metal on B-26 planes.

“They told all of the women to stay on the base,” said Tidmore.

While Sept. 2, is the official day when Japan signed the papers to surrender, Aug. 14 in the U.S. is known as Victory Day over Japan.

It took months for the men to come home but that day is never forgotten.

“We wanted to go in, kick butt, win and come home and go on with our lives,” said Nadeau.

As the 75th-anniversary ceremony ended with "Taps," Hedley, unsteady on his feet, stood tall and proudly saluted the American flag, remembering the 407,000 American service members killed while fighting in the second deadliest war.

“It’s a remembrance of men that were willing to lay their life on the line to defend the freedom and the rights of our country,” said Hedley.

Honor Flight encourages you the next time you meet a WWII veteran to go beyond thanking them for their service and ask where they were the day WWII ended.

Honor Flight Network canceled all of its flights this year due to COVID-19. There are 120 WWII and Korean War veterans on the waiting list. To learn more about Honor Flight click here.