Voting in the recall election closes at 8 p.m. on Tuesday, September 14. 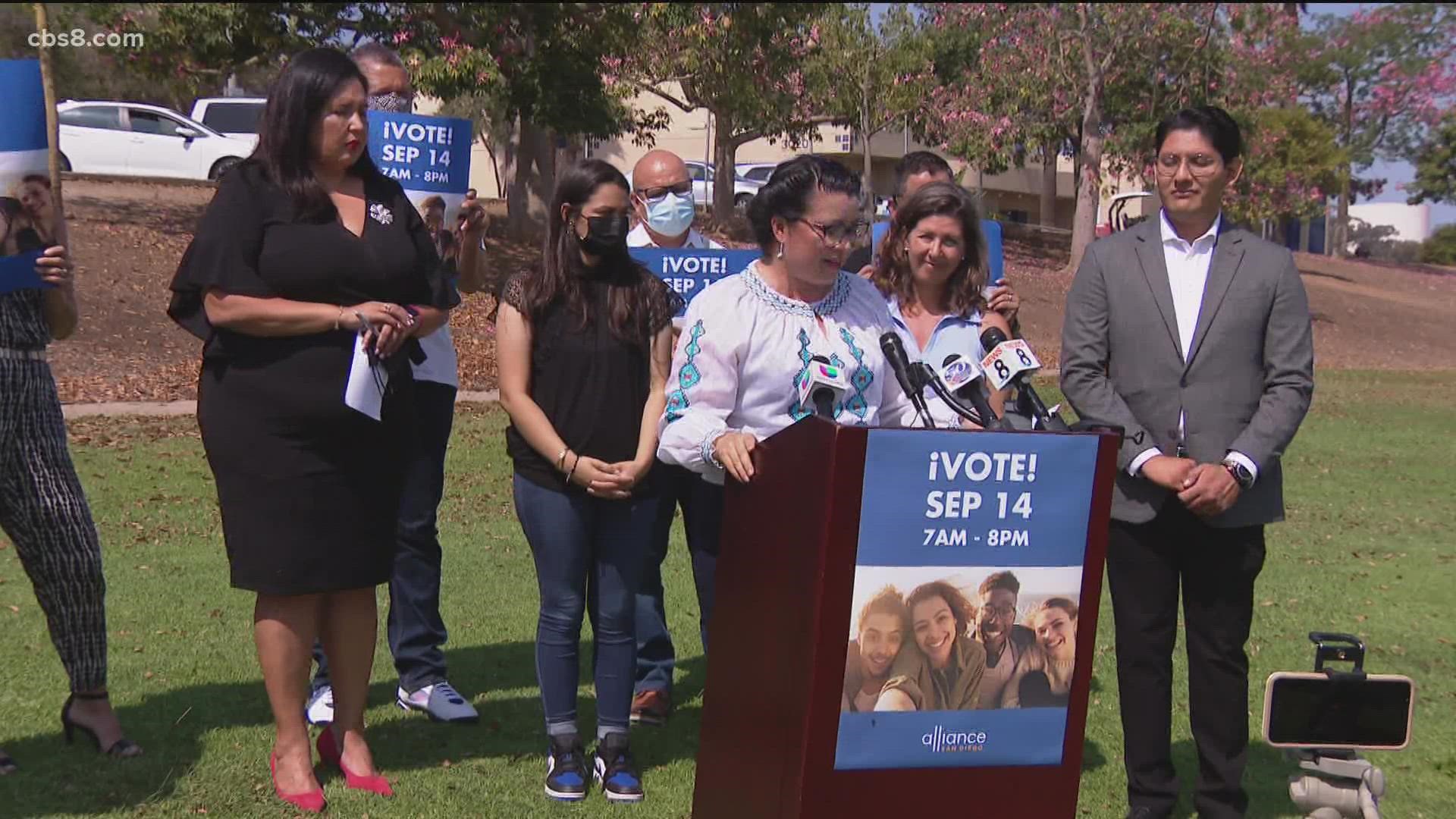 In San Diego County, Latino voters constitute 1 out of every 4 voters. The group says that right now, only a small number of Latino voters have cast their ballots, far behind other ethnic groups, but there is still time to vote.

According to their press release, “this election will shape the fate of Latino families in California. A governor leads on issues of public health, civil rights, and climate change. That leadership matters and the question of whether to recall Governor Gavin Newsom or not is a decision that Latinx voters should help decide. Our democracy depends on all of us to shape our future through elections.”

"We've been disproportionately impacted by COVID-19," said National City Mayor Alejandra Sotelo Solis. "We're the essential workers, we're the ones who kept food on the table, who have cared for our families and neighbors who have called us during the pandemic."

"Our community is greatly affected," said Ari Aragon, a 19-year-old Latinx voter. "If we want actual change and we want decisions to be made in the way we want them to be, then we ourselves have to go out there and vote."

A total of 221 voting locations are open across the county.

All in-person voters in this election will use ballot marking devices. The voter uses a touch screen to make their selections. When finished, the voter will print out a paper official ballot with their selections. The voter can review the ballot and place it in the ballot box to be counted at the registrar’s office election night. This device does not store, tabulate, or count any votes.

Ballot marking devices are fully compliant with the Americans with Disabilities Act, and in addition to English, voters have the ability to select a translated ballot in one of the County’s four federally covered languages: Spanish, Filipino, Vietnamese and Chinese.

A list of in-person voting locations can be found here or find the location nearest you using this map.