Measure B is on the ballot to allow a change in the San Diego city charter to create an independent police oversight board. 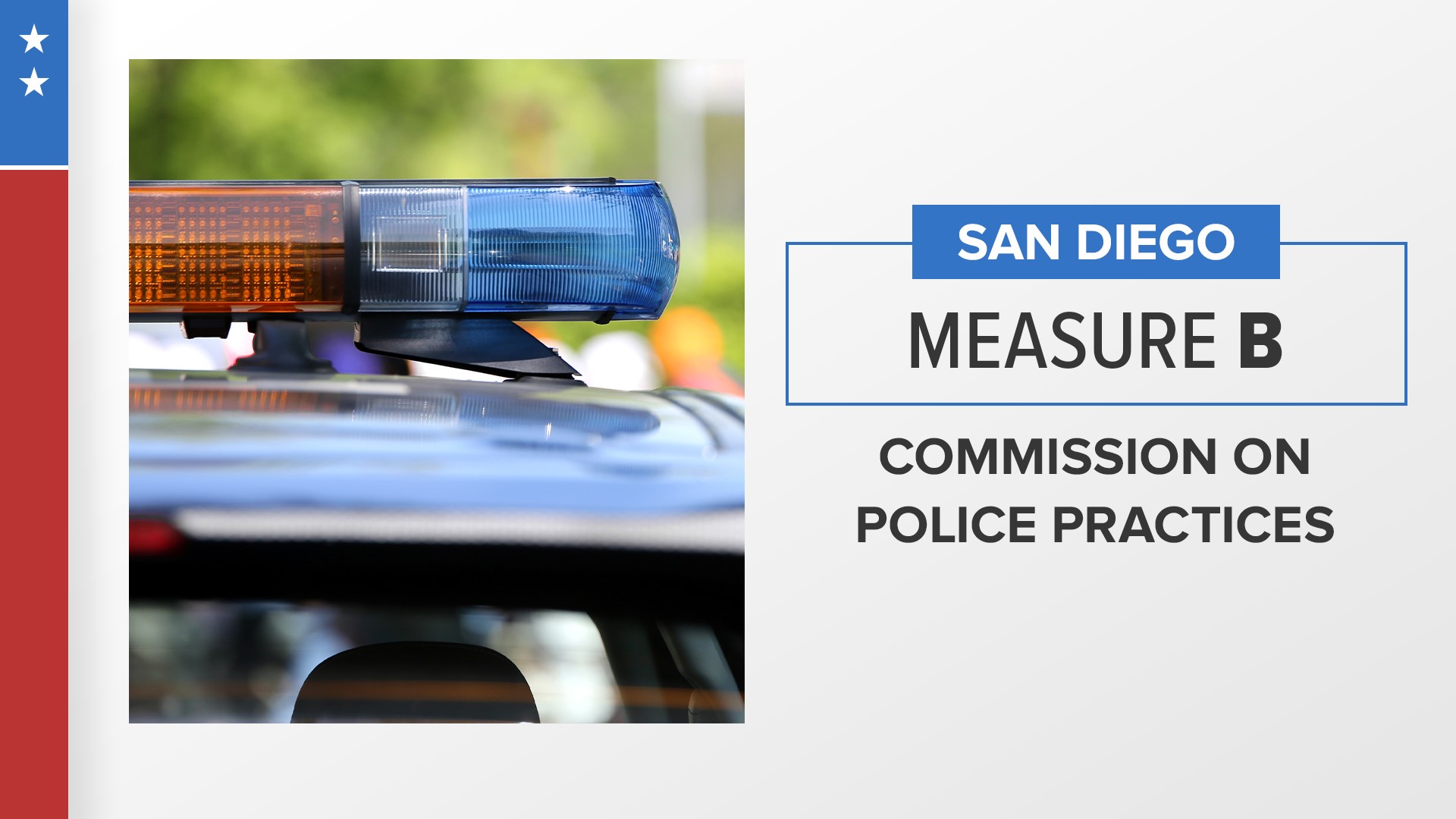 The current CRB has to rely on outside investigations for information and gets its legal counsel from the city attorney, who represents the police department in lawsuits.

Measure B’s supporters say that leads to conflict-of-interest issues and a lack of trust in the process.

They would be required to investigate all officer-related shootings and deaths in police custody. They may also investigate allegations of inappropriate sexual conduct, physical assault, and domestic violence.

The commission would be able to recommend discipline, but the final decision will be up to the police chief. The commission’s findings and results would be made public as the law allows.

You can read more about Measure B on the SDVote.com website.

Argument in favor of Measure B

Supporters of Measure B say the problem with the current system is that it appears the police are policing themselves, and that creates a lack of trust between officers and the community.

Supporters say Measure B provides a level of independence that will build trust between the public and the police department.

St. Julian notes that Measure B has bipartisan support, including the mayor and the entire city council.

Argument against Measure B

There is no formal argument against Measure B, but St. Julian does not think that means its passage is guaranteed.

“I think the biggest misconception about Measure B is that it is somehow anti-police,” she said. “That it is in some way meant to hurt police, and nothing could be further from the truth.”

The police officer's union didn't take a position, stating "As an association, we have a neutral stance on Measure B, and we trust the voters to decide on the type of oversight that they believe is necessary. SDPOA will continue to support oversight in whatever form the community as a whole demands."

What does a YES vote on Measure B mean?

What does a NO vote on Measure B mean?

A no vote keeps the current structure in place.