Recent polls give Newsom a sizable edge in the recall race

The most critical questions remain, though: how many voters will turn out Tuesday, and how will they vote? 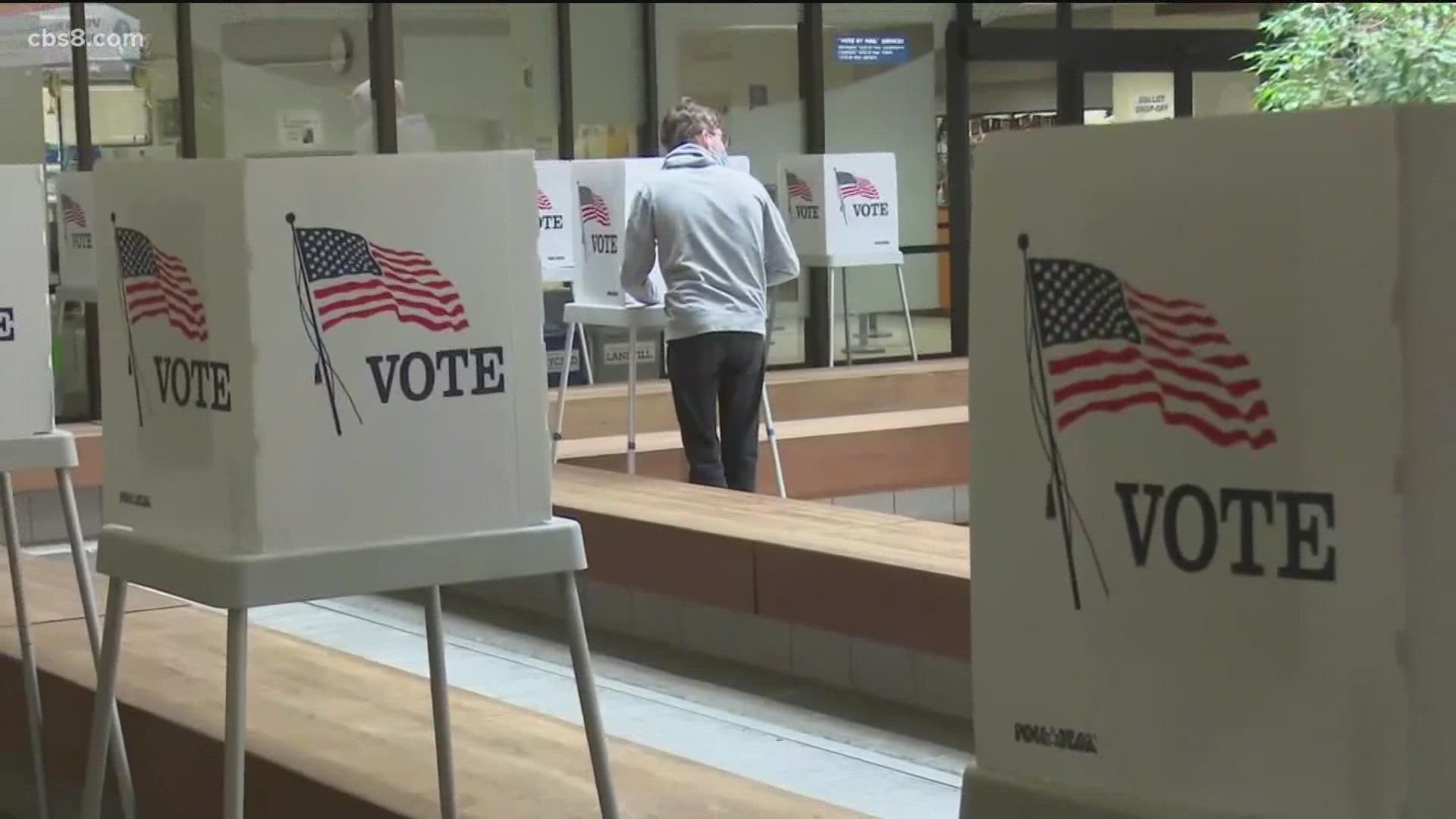 SAN DIEGO COUNTY, Calif. — Governor Gavin Newsom is heading into Election Day on Tuesday with a sizeable lead: depending on the poll, anywhere from 10 to more than 20 points ahead of the "Yes on Recall" camp.

However, with more than 13 million ballots still not cast, the big questions remain: how many voters will turn out Tuesday, and how will they vote?

The latest polls show the "No on Recall" camp with a clear lead. One leading poll out of Stanford University shows 57% saying no to the recall, versus 43% voting yes.

News 8 political analyst Laura Fink, though, pointed out that polling often needs to be taken with a grain of salt.

"Now we're at an entire shaker of salt that we've got to take with our polling," she quipped.

She added that this is because the biggest variable at play is also the most difficult to predict.

"And that is who is going to show up to turn their ballot in," she told News 8. "Either in advance of the election or on Election Day."

While of the more than eight and a half million mail-in ballots already returned statewide, 52% are from Democrats and 26%  from Republicans, one critical question still remains.

"How many Republicans are going to turn out?" Fink said. "We know that 'red waves' occur on Election Day, and so with Republicans perhaps holding their ballots to turn them in in person or to vote in person, they could change the calculus."

"I think in this recall, the most consequential thing that the polls have done is clearly shown that Larry Elder has all of the momentum on the Republican side," Kousser told News 8.

Polls consistently show the conservative talk show host would garner over 29% of the votes out of all the candidates vying to replace Newsom.

"I think that has actually worked to Gavin Newsom's benefit because many Democrats who weren't that enthusiastic about Gavin Newsom are really worried about a Republican governor," Kousser added. "And especially someone who would take the state in a very different direction on things like COVID."

Another unknown: how many Latino voters will -- by the end of the election - cast a ballot?

Traditionally Democratic-leaning, Latinx Californians have so far voted in low numbers, despite recent pushes like in National City Monday to encourage Hispanic voters to participate in this off-season election.

"I think one of the questions will be, 'Did Latinos turn out?' And if not, is there something that the Democratic party that Gavin Newsom needs to do to respond to the concerns of a vital segment of our population?" Kousser said.

While it is still unknown how many Californians will cast their ballots in person Tuesday, a new study out of UC Berkeley's Institute of Governmental Studies estimates that mail-in ballots will account for approximately half of the electorate.