Gloria will be sworn in as mayor of San Diego on December 10 in a virtual ceremony. 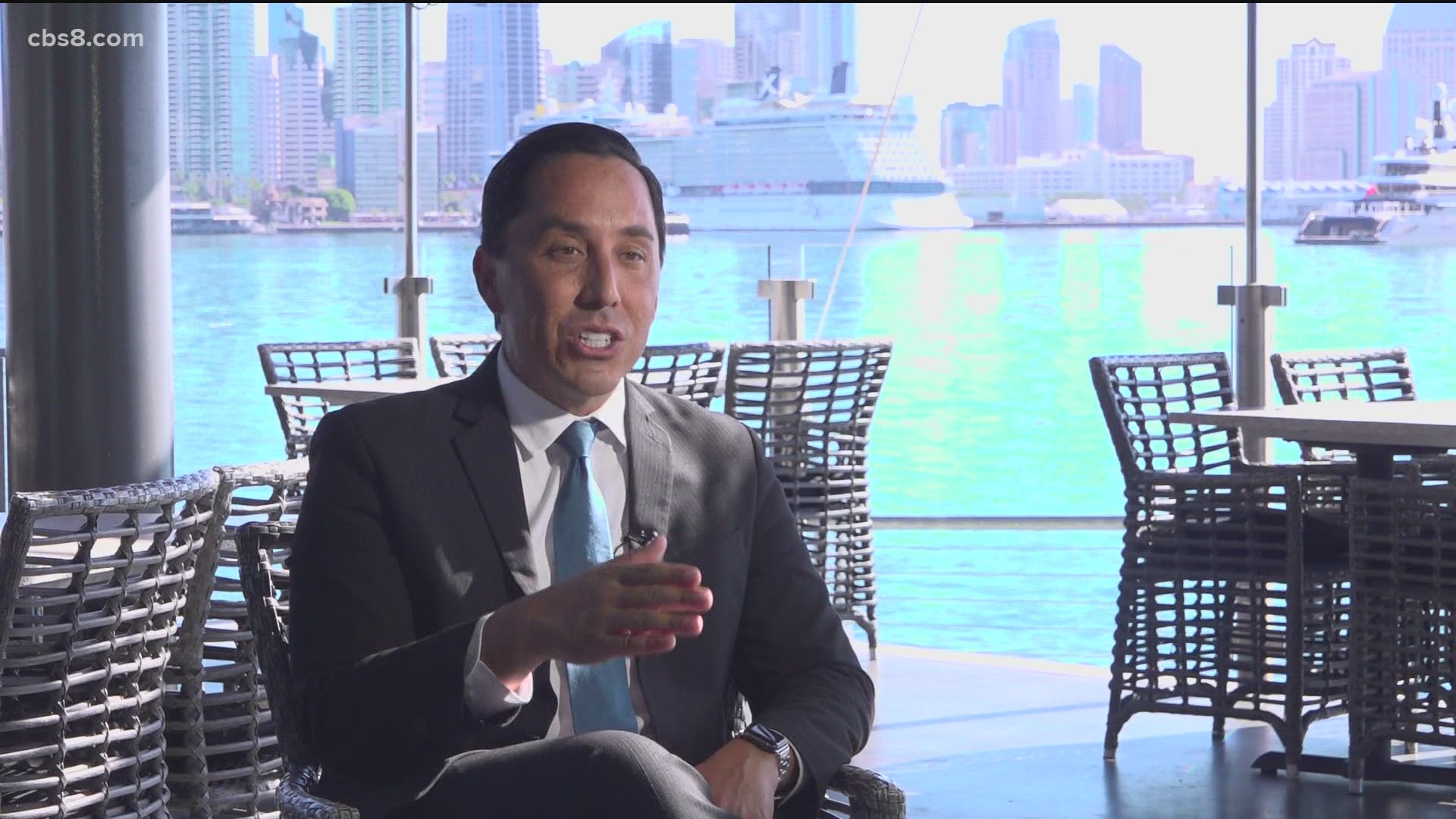 SAN DIEGO — San Diego Mayor-elect Todd Gloria won't officially be sworn into office until next week, but he's already hit the ground running. He sat down with News 8 for a one-on-one interview Tuesday.

At 42 years old, Gloria will be San Diego's first mayor of color. He's also the first openly gay one.

"I'm a native San Diegan," said Gloria. "I grew up in this city and growing up, I didn’t see people like me reflected in government. I know what it would have meant to me to have someone with the same look and life experiences as I've had and I'm just hopeful our young people in San Diego see what we've been able to accomplish and understand there's a place for them in this city."

Gloria, who previously served on the San Diego City Council, as well as interim mayor before joining the State Assembly, said his experience has prepared him for this new role, even at a time when the economy is bad, and COVID-19 is still out of control.

He's encouraging all San Diegans to do their part in order to prevent a statewide lockdown. As for struggling businesses, Gloria said providing more local funding is unlikely, though he does plan to continue to allow outdoor dining, eliminating permit fees, and fighting for more money from higher levels of government.

“My hope is that I can use my personal experiences in Sacramento and the federal government to make sure we get additional state and federal relief," said Gloria.

Gloria hopes to use some of that funding to help with the housing crisis as well, specifically those needing rent relief.

Looking ahead, he's focused on building more affordable housing not just for the few, but for the many.

“What we must do is create more housing that everyone can afford, but particularly low and middle-income San Diegans," said Gloria.

When it comes to the homeless problem, Gloria said using the Convention Center as a temporary space is a great example of how creativity will be key. He plans to continue working with both the county and surrounding communities.

"I think it's important to note of those 8,000 homeless people, 2/3 are in the city of San Diego, but a third are in the smaller cities in our region [such as] Chula Vista, National City and El Cajon," said Gloria.

Gloria also talked about the city's climate action plan, part of which includes having 100% renewable energy by 2035.

"It's also going to involve making sure we build more housing close to jobs and that we build a world-class transportation system that gives people options from getting from point A to point B," said Gloria.

The topic of racial tensions and distrust of the city's police department also came up, both of which he's addressing with city staff, as well as the police chief himself.

Though optimistic, Gloria acknowledges the barriers he needs to overcome. The city is facing a $127 million deficit.

He says cuts are likely, but preserving neighborhood services is his priority.

“My commitment to you is I will lead by example," said Gloria. "We're already negotiating for my mayoral staff to have salaries less than the current mayor’s administration reflecting the time. It's going to be a rough couple of years, but I believe if we make the right decisions, smart decisions, we'll be able to get out of this in short order.”

Gloria will be sworn in on December 10 during a virtual ceremony. 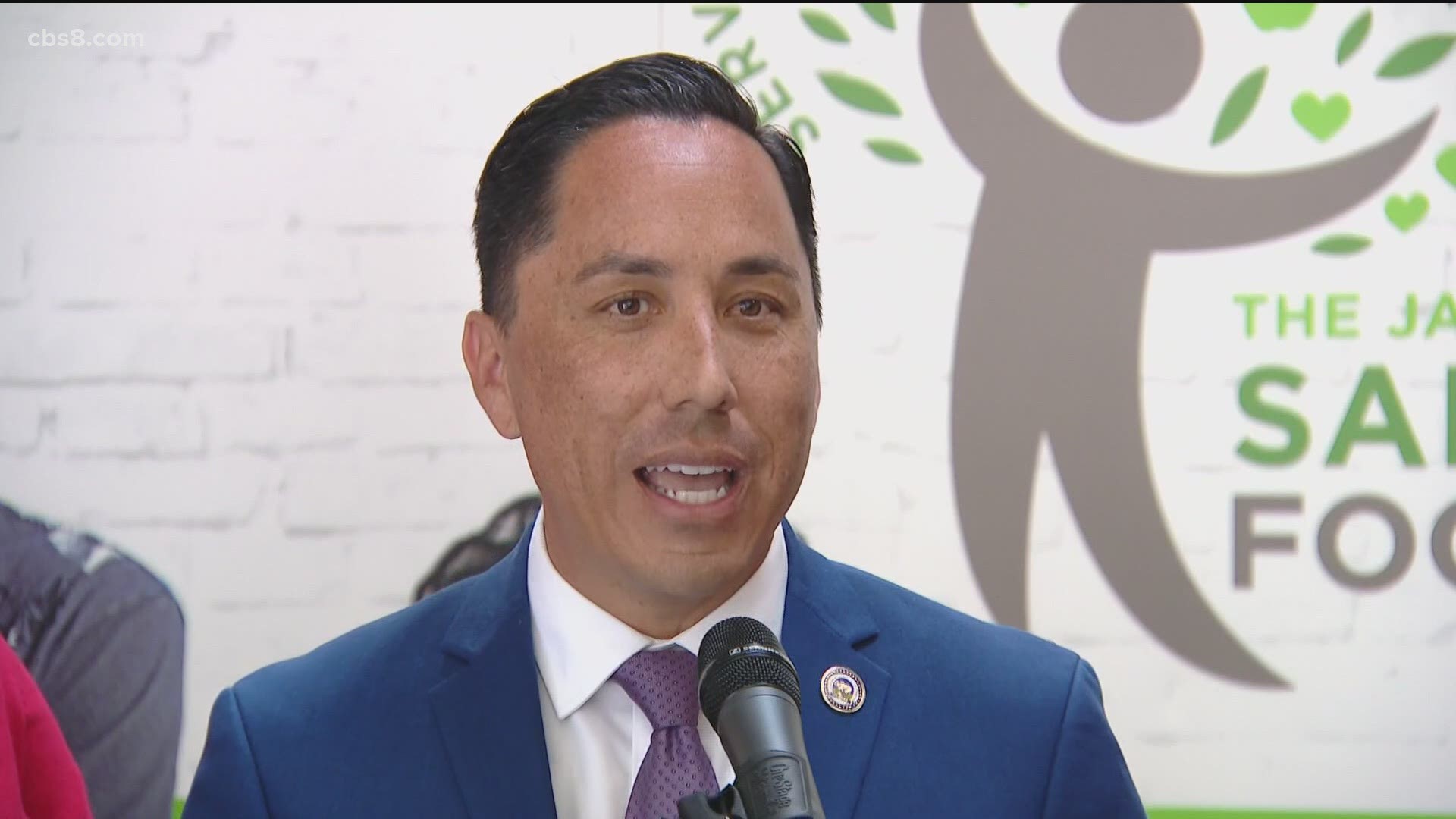