San Diegans are worried about people sleeping in cars

Street Parking is nothing new in San Diego, but lately the only difference is that some cars have become makeshift homes. 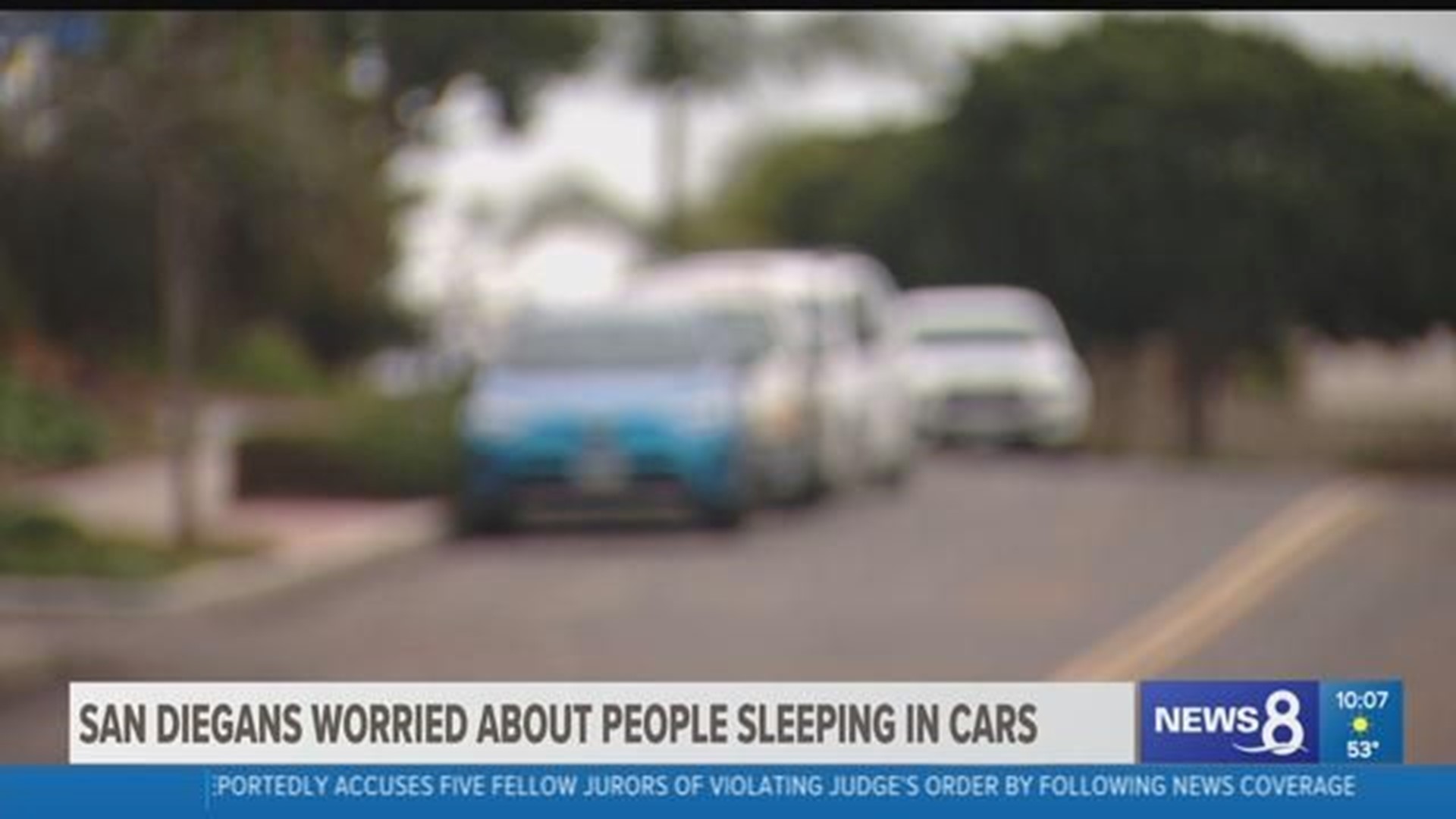 SAN DIEGO (NEWS 8) – Street parking is nothing new in San Diego, but lately the difference is some cars have become makeshift homes.

At the beginning of February, the San Diego City Council unanimously voted to repeal a 1983 ordinance prohibiting residents from living in a vehicle on any street within city limits.

Following the repeal of a San Diego City ordinance that banned drivers from sleeping in their vehicles on the city streets, several coastal residents have said they noticed an uptick in new neighbors.

Residents like Glen Volk and Mike Sahd, who live in Point Loma near Sunset Cliffs, said they cannot call police to have the vehicle’s owners ticketed. They told News 8 there is nothing they can do.

The pair said what is left behind sometimes is a mess of drugs, defecation and bad behavior. They have even brought the issue to their city councilmember, Dr. Jenn Campbell. Volk and Sahd claim Dr. Campbell had no solutions for their concerns.

Volk said he is worried the problem will only get worse as it warms up outside.

News 8 reached out to Dr. Campbell to inquire about what plans for future recourse could be in the works.

We have been hearing from residents on a daily basis about the vehicle habitation ordinance repeal and have been trying to educate every caller about what actually happened with the vote earlier this month. This was a 9-0 vote taken by City Council on a very specific part of parking regulations, the vote did not overturn all of the rules already set by the city. The biggest thing is that those with concerns about vehicles can still report their issues to city via the Get it Done app. Additionally the rules around posted signs still apply – the 72 hour rule, no overnight parking, etc. – and that residents should still get in touch with the city about those not in compliance.

This vote does not mean that I believe that San Diegans should be living in their vehicles. Those forced to live in their cars are doing so as a last resort. That’s why I believe it’s so important to provide greater resources to resolve homelessness, including housing first solutions and wrap-around services. Additionally there are a number of safe parking programs up in running in San Diego. For people interested in learning more about them, they should call 2-1-1 for more information. The councilmember would love to see this program expand to help more San Diegans who need it ASAP.

Volk and Sahd feel that is not enough.

Statistics on the percentage of the city's homeless who live in their cars are somewhat hazy after last year's point-in-time homeless count. According to the count, 1,262 residents lived in a vehicle throughout San Diego County in January 2018.