San Diegans will get a chance to hear from the Public Utilities Department over their soaring water bills Wednesday evening. 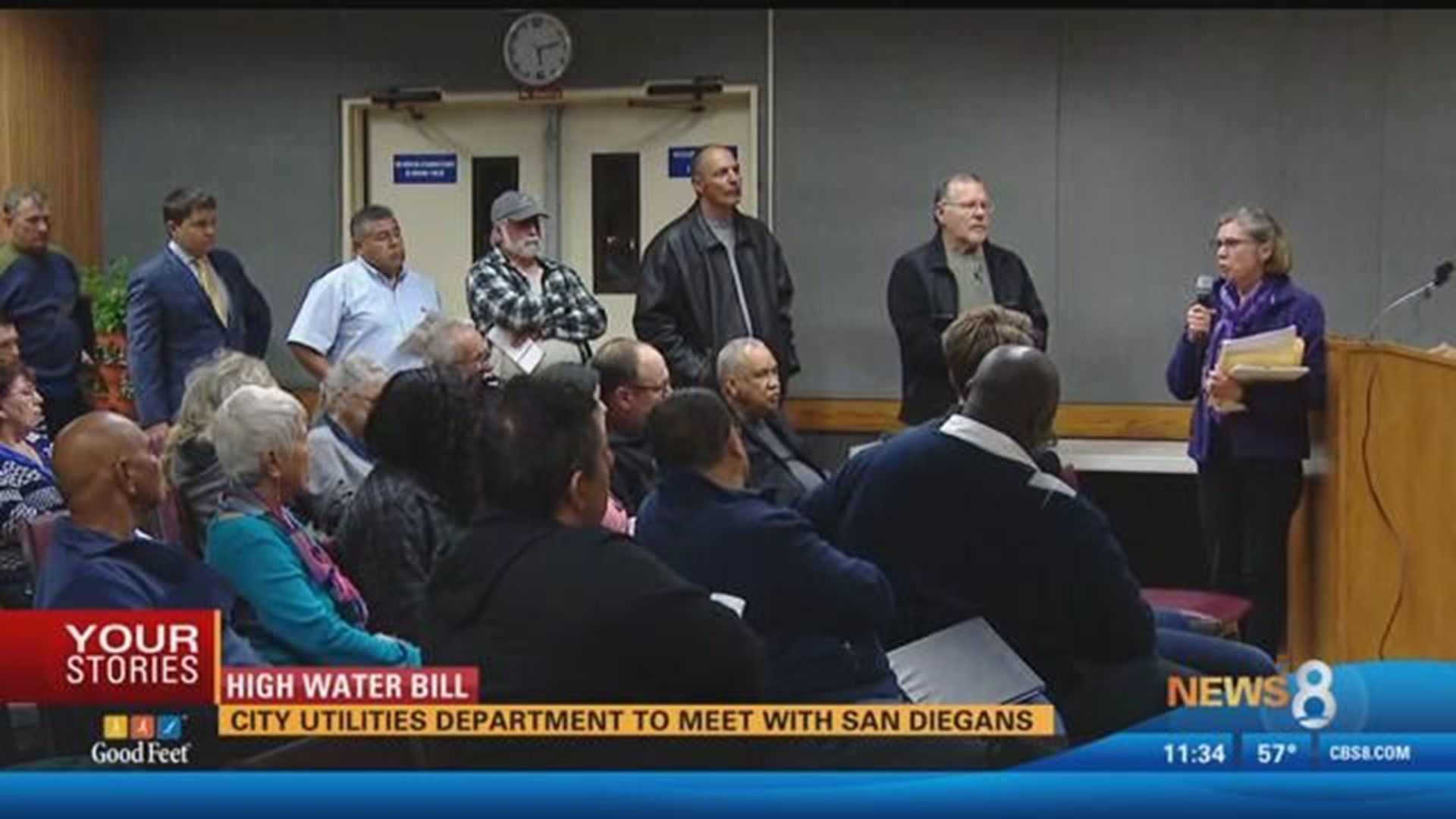 SAN DIEGO (NEWS 8) — San Diegans got a chance to hear from the Public Utilities Department about concerns about their soaring water bills Wednesday evening.

A forum with Public Utilities Deparment officials was held at the La Jolla Riford Library after people across the county have been opening their water bill to see rates in the thousands.

While officials attempted to answer questions, a number to water customers tried to dive right in to getting their bills in question resolved.

Officials said they understand the raw emotion and confusion. Further, they want to make sure that San Diegans are made whole after so many were gashed by their bills.

Last week, frustrated residents got the chance to spout out about the high water bills at a forum in Mira Mesa organized by City Councilman Chris Cate.

Earlier this month, the City PUD announced last week that 343 customers were overcharged as much as $420 due to misreading, potentially answering questions that had left residents dumbfounded.

Council President Pro Tem Barbara Bry released a statement last week announcing that her office would be in attendance for Wednesday's forum.

Water customers are encouraged to contact the City with questions or concerns at 619-515-3500 or customercare@sandiego.gov.