'Onewheel': A new board spotted around San Diego

Have you been down to Point Loma or O.B. and seen people cruising around on a Onewheel? 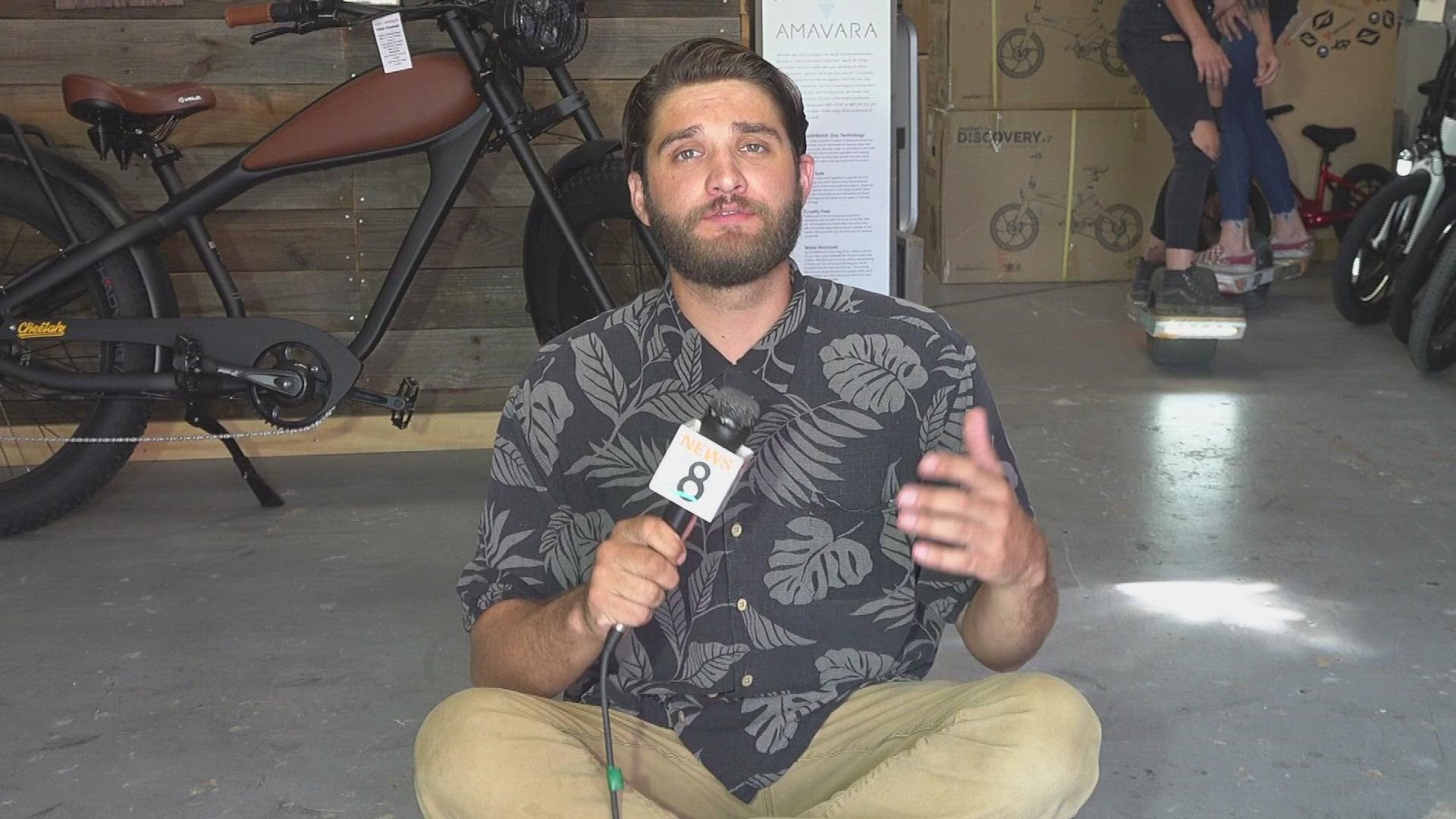 SAN DIEGO COUNTY, Calif. — Have you been down to Point Loma or Ocean Beach and seen people cruising around on one wheel? Or, maybe on the boardwalk at Mission Beach you've seen a device that seems like it's somewhere between a skateboard and a unicycle?

This new form of transportation is called a "Onewheel" and it's starting to become a common sight here in San Diego and around the country.

Onewheel was officially established eight years ago but has grown immensely in recent times.

Given San Diego's love for board sports like skating and surfing, it's no surprise this cyclops-looking scooter have gained popularity in America's Finest City.

The boards are known for their versatility on most terrains and as Pro Onewheeler Kyle Hanson eloquently puts it, they're "Shredability."

As of now, there are two different types of board options on the Onewheel website. The Pint and the XR. The website says that the XR can go 19 mph but when talking to multiple pro riders they say it can get to 25 mph or more.

If anyone knows the speed and ability of these electric boards it's San Diego native and Onewheel men's world champion Tyler James.

James won the Race for the Rail, which is the Onewheel world championship, in late July. He took home $10,000 in prize money and the title of the country's fastest man on a Onewheel.

It's riders like Tyler James and Kyle Hanson, plus local shops like Eze Ryders and Wheel Fun Stuff as to why more San Diegans are jumping on these portable contraptions.

The two stores combined to host their first Onewheel event in August. The four day affair had everything from trail rides and races to barbeques and trick clinics.

In addition to Eze Ryders and Wheel Fun Stuff helping spread the love of this new sport, two locals are also trying to get more women involved with their Instagram page WheelFemmeStuff. The page highlights the two ladies along with Onewheeling women from all around that send their videos in.