Could Mexico close its border with the US?

It could be Mexico that ultimately decides to restrict access into its country from the U.S. to contain the spread of coronavirus. 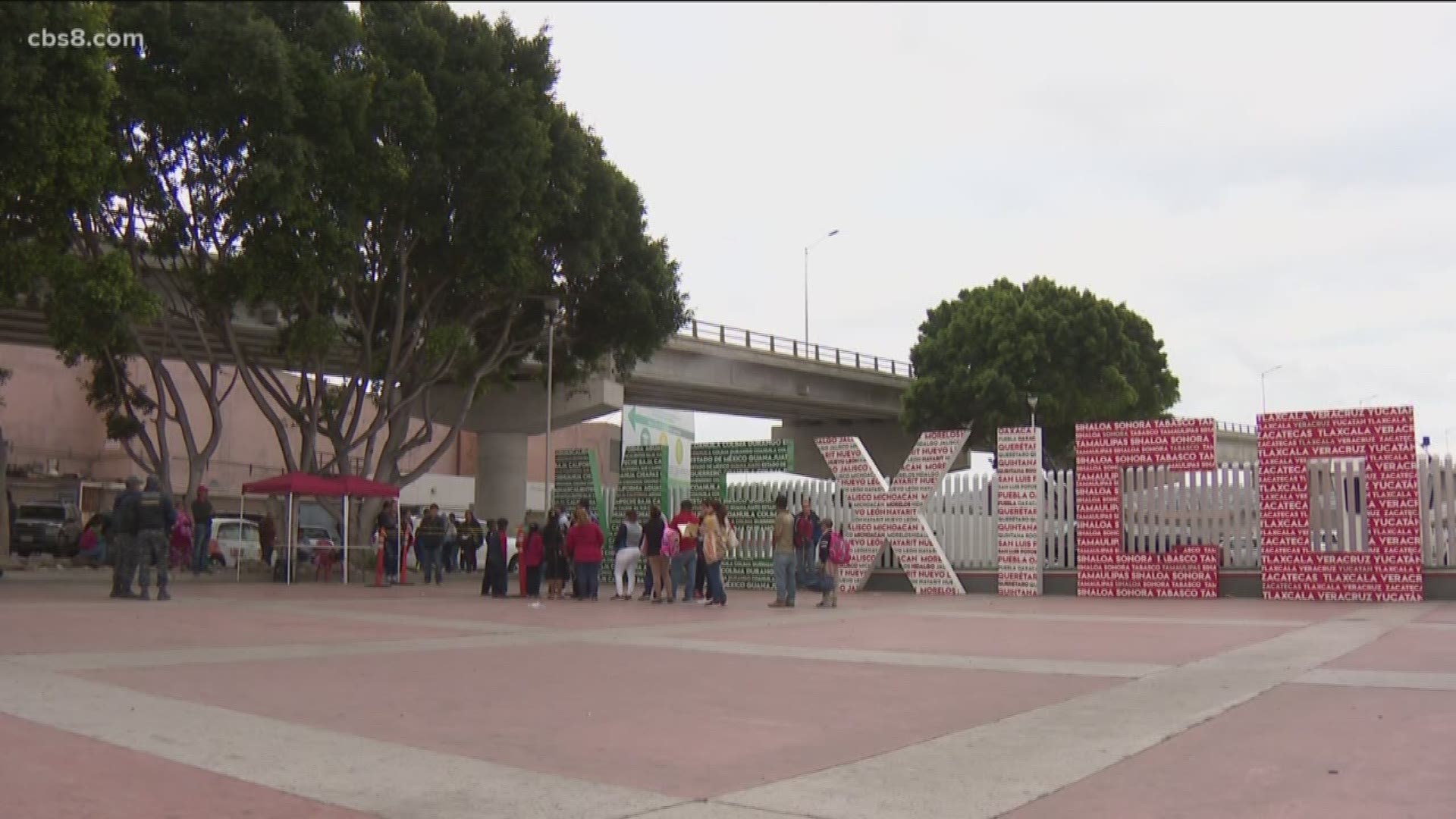 CALIFORNIA, USA — While the United States has now declared a national emergency over the Coronavirus pandemic, COVID-19 seems to be having a far less significant impact in Mexico, with only 26 confirmed cases and no deaths.

At this point, no restrictions are being placed on any ports of entry here in the U.S. due to COVID-19, although if Customs & Border Protection officials observe a traveler with symptoms, that person will be referred to the CDC for further screening.

It could be Mexico though that ultimately decides to restrict access south of the border here, with one of its top health officials saying "we'd have to take into account  not that Mexico would bring the virus to the U.S,  rather than the United States could bring it here."

As Mexico's president urges his country  to remain calm over the Coranavirus pandemic, on the San Ysidro border many Mexican nationals are doing just that.

RELATED: US: Immigrants can seek coronavirus care without fear

Many say that while they are taking common-sense precautions like hand washing and avoiding touching their faces, they are not overly concerned.

So far, Mexico has only 26 confirmed cases, along with 105 suspected cases and no deaths.

While some skeptics  are questioning whether those low numbers are due to less aggressive testing - meaning there may be far more undetected cases - Mexico has not taken the drastic steps already adopted here.

On Twitter Friday, President Trump reiterated his call for a border wall, stating that it is needed now "more than ever" as Coronavirus spreads.

Referencing the 40 deaths to COVID-19 so far in the U.S., Trump tweeted that "if we had weak or open borders, that number would be many times higher!"

However, it could be Mexico that considers taking measures at its own northern border to try to contain COVID-19 from spreading within its country.

Mexico's deputy health minister said Thursday "the possible flow of Coronavirus would come from the north to the south. If it were technically necessary, we would consider mechanisms of restriction or stronger surveillance."

So far, Mexico has not taken any of the drastic steps adopted here in  much of the United States, such as closing school, banning mass gatherings or restrictring access to Mexico from countries with high numbers cases of Coronavirus.