Several counties across the state are experiencing 'exceptional drought' conditions. A third of California is currently in this dangerous category. 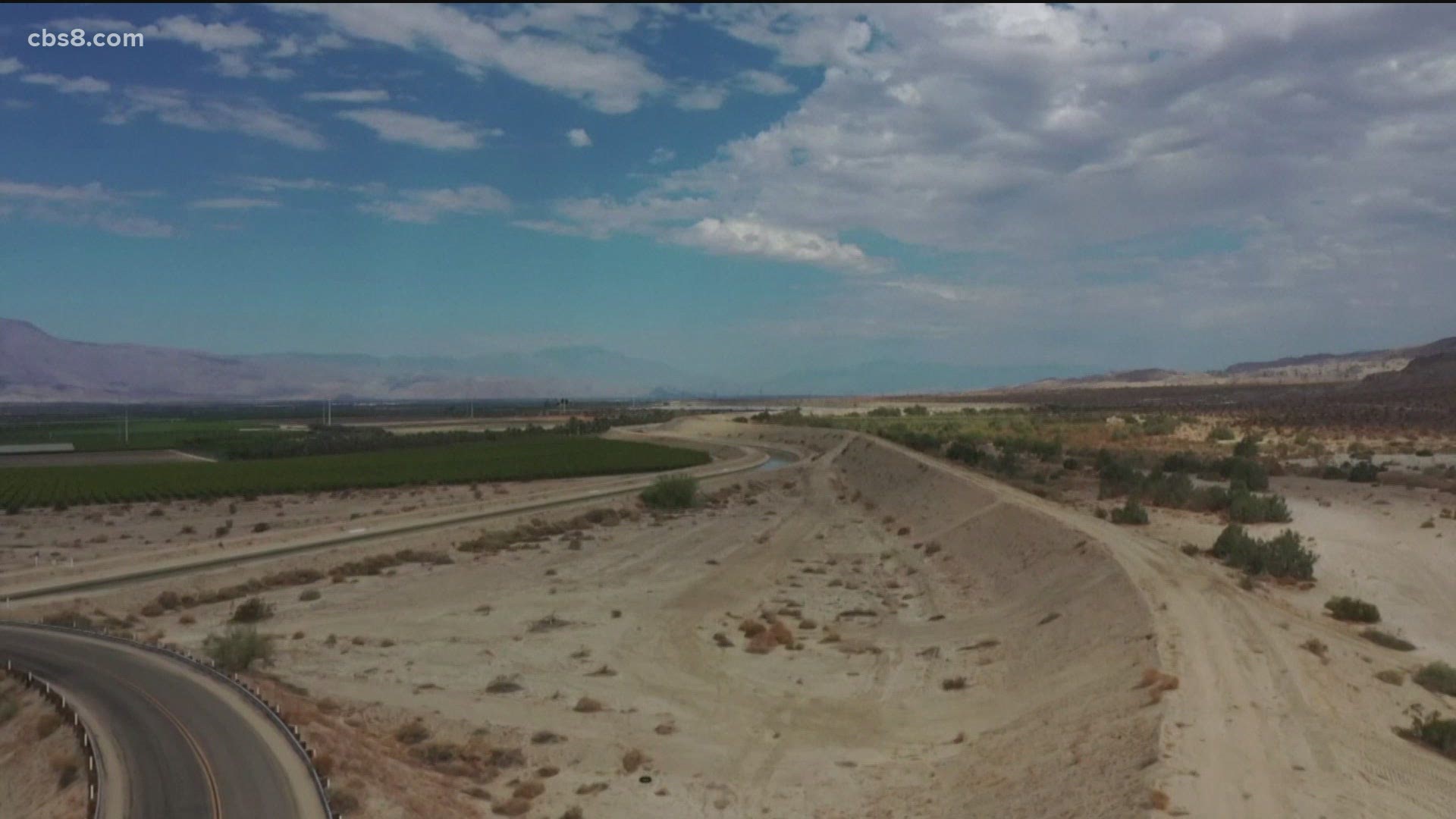 CALIFORNIA, USA — California Gov. Gavin Newsom asked people and businesses Thursday to voluntarily cut how much water they use by 15% amid a drought. Newsom's request is not an order. But it demonstrates the growing challenges of a drought that will only worsen throughout the summer and fall and is tied to recent heat waves.

A historic drought tied to climate change is gripping the U.S. West and continued hot weather is rapidly reducing reservoirs. Newsom also added nine counties to the state's emergency drought proclamation. It now covers 50 of the state's 58 counties, or 42% of the state's population.

Several counties across the state are experiencing 'exceptional drought' conditions. A third of California is currently in this dangerous category.

Exceptional is the most intense level on our drought scale, one step above extreme. Areas under those conditions are experiencing widespread crop and pasture losses, high fire risk, and severe water shortages that result in water emergencies.

San Diego County is not currently under exceptional drought status, but parts of San Bernardino County are in this highest tier. So is much of Kern County, which is a huge agricultural area. Among the counties in Northern California experiencing exceptional drought conditions are Napa, Sonoma, and Sacramento.

“While the San Diego region is thankfully drought-safe this summer due to sound planning and decades-long ratepayer investments in new water supplies and storage and adoption of water conservation as a way of life, we must also be part of the statewide movement now underway to address water supply challenges created by drought and climate change in other parts of California.

“The Water Authority strongly supports the governor’s call for the public to voluntarily cutback water use by 15% in order to allow local, regional and state water agencies to plan and take the steps necessary under these changed conditions to maximize the availability of limited water supplies going forward, through the investment of state funding and implementation of other provisions of the Governor’s Proclamation of a State Emergency and Executive Order N-10-21 calling for water conservation.

“The Water Authority will be working closely with our member agencies and with the Metropolitan Water District of Southern California over the next several days, weeks and months, to design and implement strategies to maximize water supply development in collaboration with Governor Newsom and state agencies, in order to protect California.”

As a result of these dry conditions, farmers are forced to remove orchards and vegetable yields are low, affecting the amount of food in stores. That will certainly push up food prices across the state. It also leads to high unemployment in the agriculture industry, causes widespread wildlife death, and typically leads to a rise in West Nile Virus outbreaks.

Most of San Diego County is currently under moderate drought conditions. Despite continued hot and dry conditions in California, the San Diego County Water Authority announced in June that our region is protected from drought impacts this summer and through 2045.

"Demand per person [in the San Diego region] has dropped by roughly 50 percent since the early 1990s, so we are really in a good spot when it comes to drought," Jeff Stephenson, a water resources manager for the San Diego County Water Authority.

Stephenson told News 8 that, along with ongoing conservation, the Water Authority's efforts over the years to diversify its water supplies have paid off, according to a recent analysis it carried out.

"It showed that we have more than sufficient supplies through the year 2045, even if we have multiple dry years," he added.

The Water Authority has made it clear it fully supports the Governor's call for voluntary water use reduction.

"The region continues to conserve and that's what we want to see," Stephenson added.

According to a statement released by the Water Authority,

"No shortages or regional water-use mandates are in the forecast, the result of three decades of strategic investments that create an aquatic safety net for San Diego County's $253 billion economy and quality of life for 3.3 million residents."