With the insanity that is Comic-Con, Morning Extra talked to experts about the best things happening at this year's convention.

SAN DIEGO — Nearly 130,000 people are heading to downtown San Diego to experience the 50th anniversary of San Diego Comic-Con. News 8 Morning Extra was in the middle of it all at Lou & Mickey’s near Fifth Avenue and K Street. They had multiple guests stop by to talk about all things Comic Con.

One of the biggest reason fans flock to Comic-Con year in and year out are the toys. This year is absolutely no different. James Zahn, Senior Editor of The Pop Insider talked about the toys that are all the rage at this year’s event. 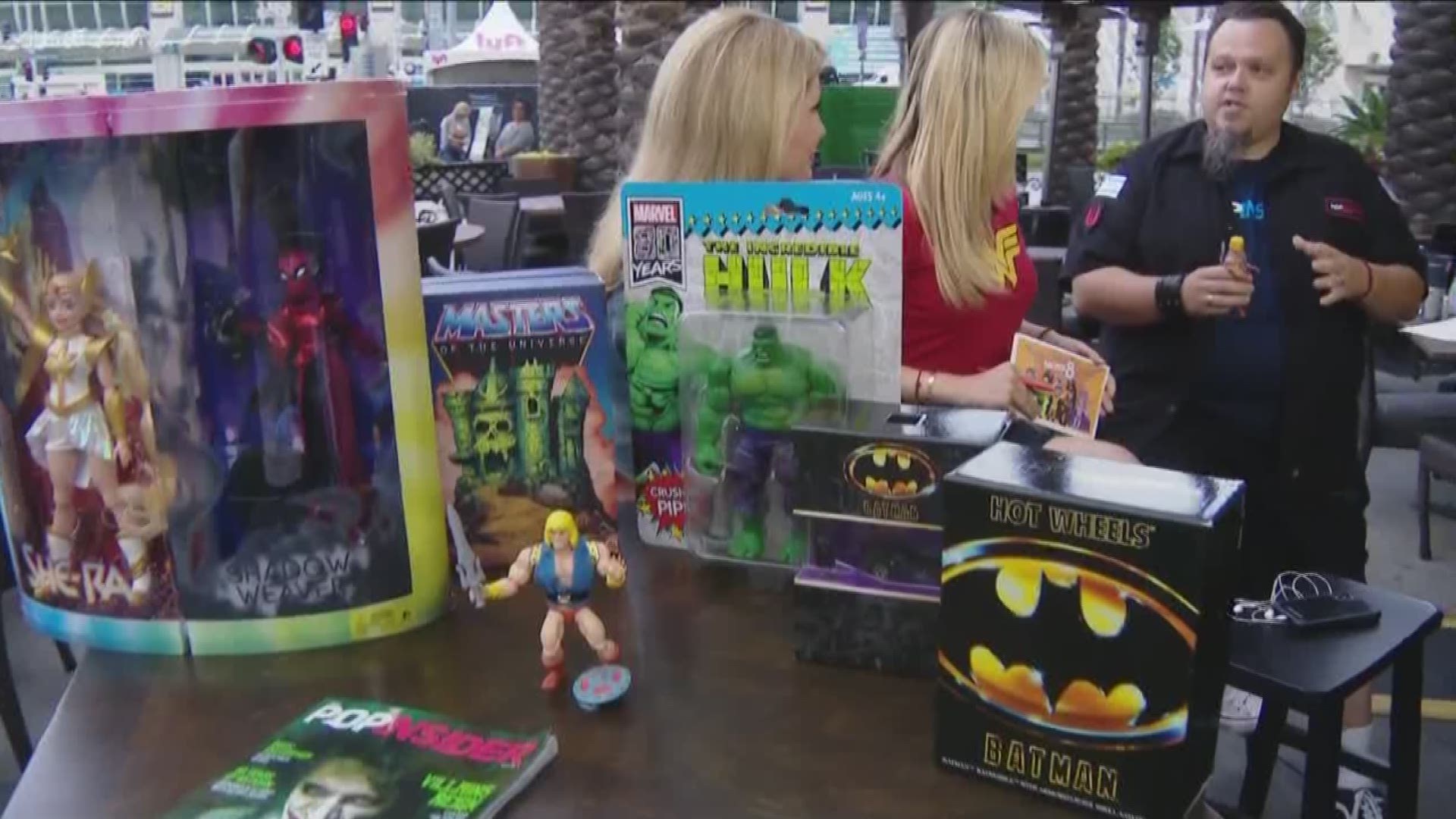 Aleks Paunovic stopped by the set to talk about season 4 of Van Helsing. Continuing with tradition, Heather Myers provided Aleks with some corn flakes too. Paunovic also talked about his new movie Freaks. He said he was not able to share much about the new character other than it is not something he has ever done before and he had a blast shooting the movie. If you want to see Aleks Paunovic he will be a part of a Van Helsing panel on July 18 at 11:15 a.m. in the Indigo Ballroom. 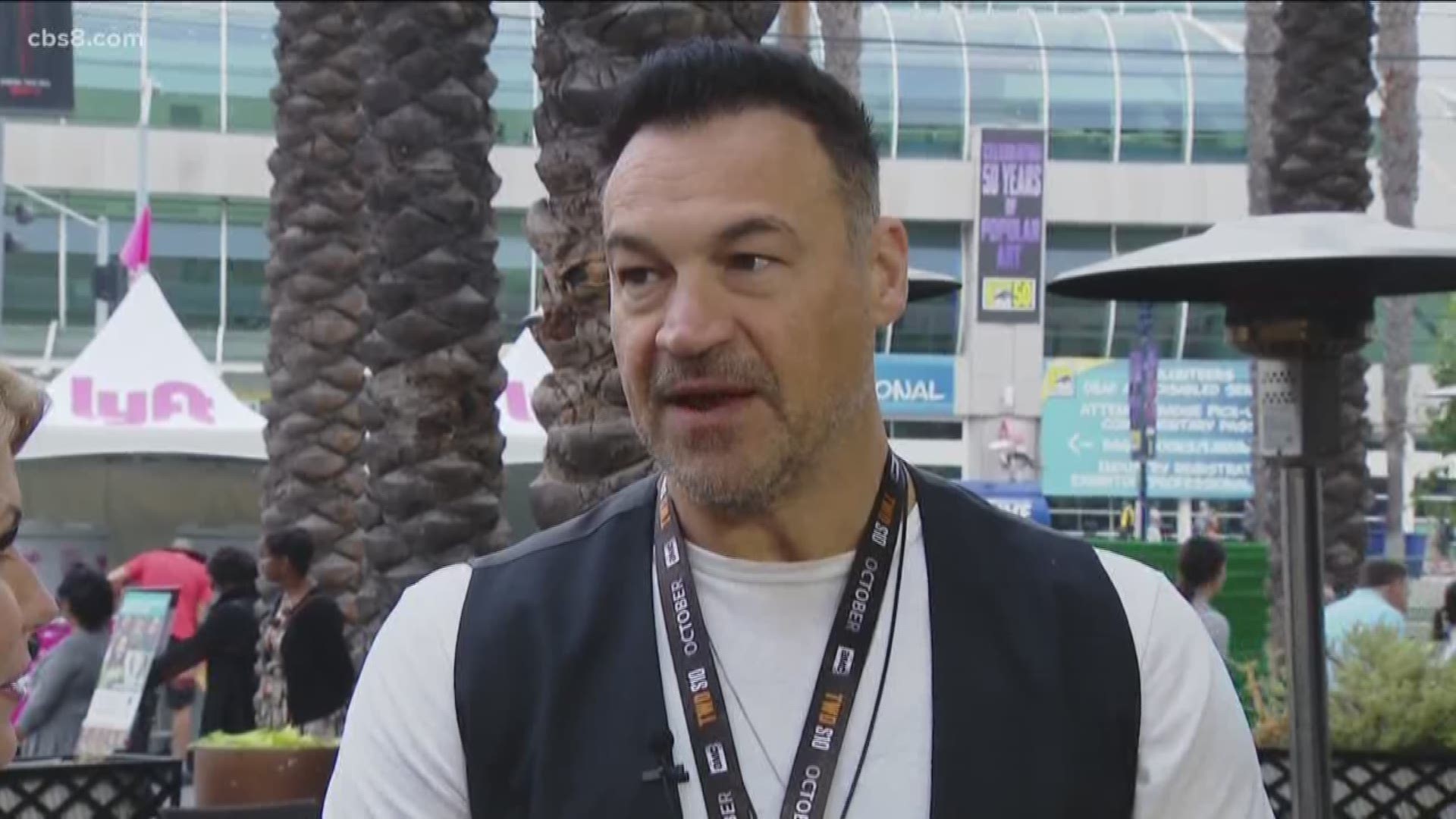 RELATED: Headed to Comic-Con 2019: Here's what you need to know

There are few shows that span multiple generations, but one that has is celebrating their 20th anniversary this year. Spongebob Squarepants debuted on Nickelodeon July 17, 1999. Since then, the show has aired almost 250 episodes. To celebrate they are inviting Comic-Con attendees to enter the world of Bikini Bottom at their 1,800 square foot booth. Nickelodeon will pay tribute to incurably optimistic SpongeBob SquarePants and his undersea friends with activations, panels, talent signings and interactive design elements featuring: The Krusty Krab, The Chum Bucket and Mrs. Puff’s Boating School. To start the fun, voice actor of Spongebob, Tom Kenny, dropped by to talk about the wild run the show has had and he even shows off how to perform Spongebob’s iconic laugh. 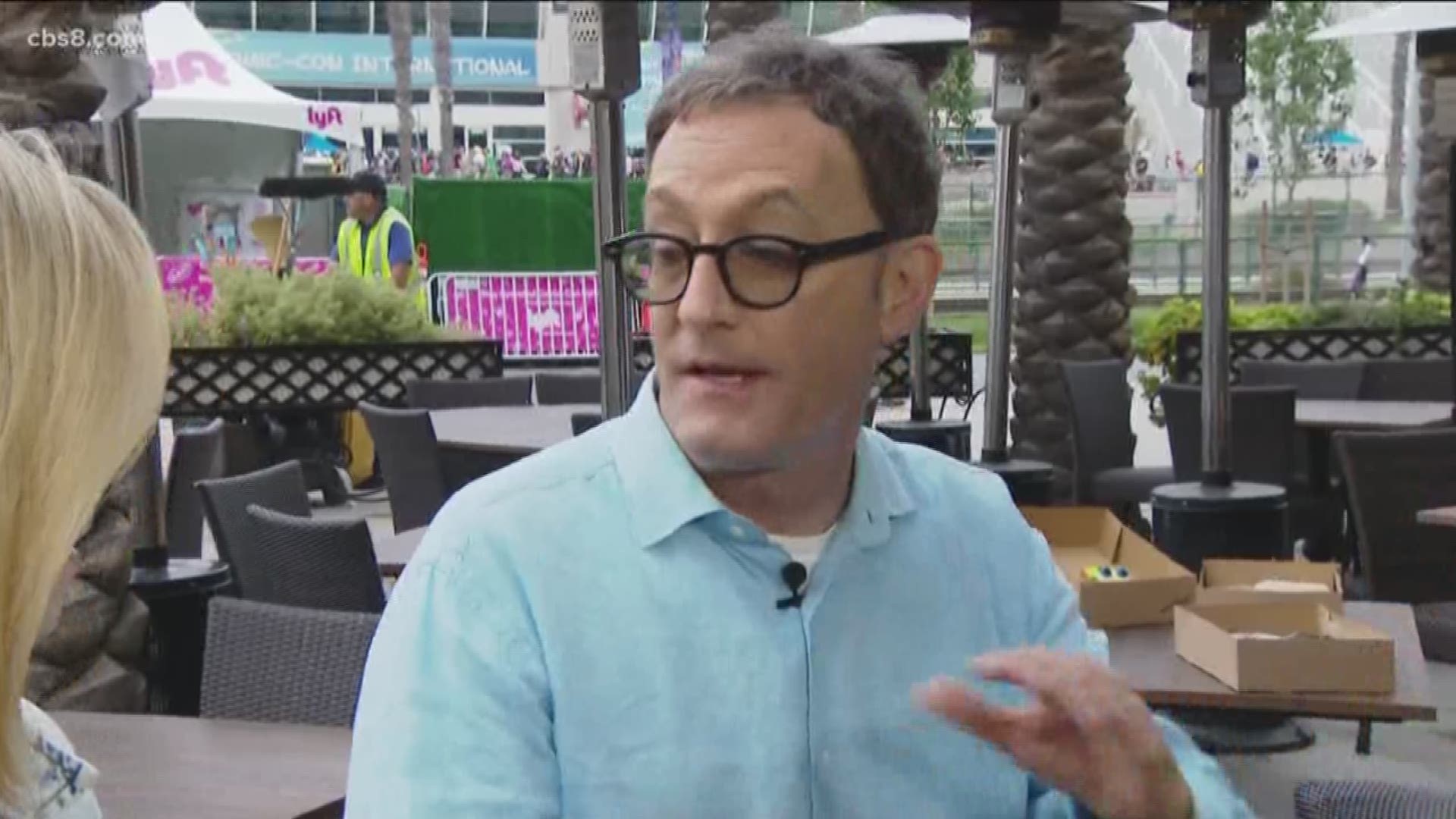 The four guys of Impractical Jokers may be the busiest men at this years Comic-Con.  James "Murr" Murray stopped by Morning Extra to talk about all that is on the calendar and why they are so excited about it. The group will be holding their first ever panel at Comic-Con on July 18 at 7: 30 p.m at the Horton Grand Theater. Fans can join Brian “Q" Quinn, Sal Vulcano, James “Murr” Murray and Joe Gatto, collectively known as the comedy troupe The Tenderloins, as they share first-hand how four guys from Staten Island built a massive, global franchise from the ground up. Following the panel, on Saturday, July 20, truTV will again take over the Park at Petco Park with a daylong event for Impractical Jokers fans, which this year will be dubbed Impractical Jokers: Jokers Island. Visitors looking for an oasis from the crowds are invited to join in on this free, family-friendly event fun with games, giveaways, and an exclusive screening of a never-before-seen episode. 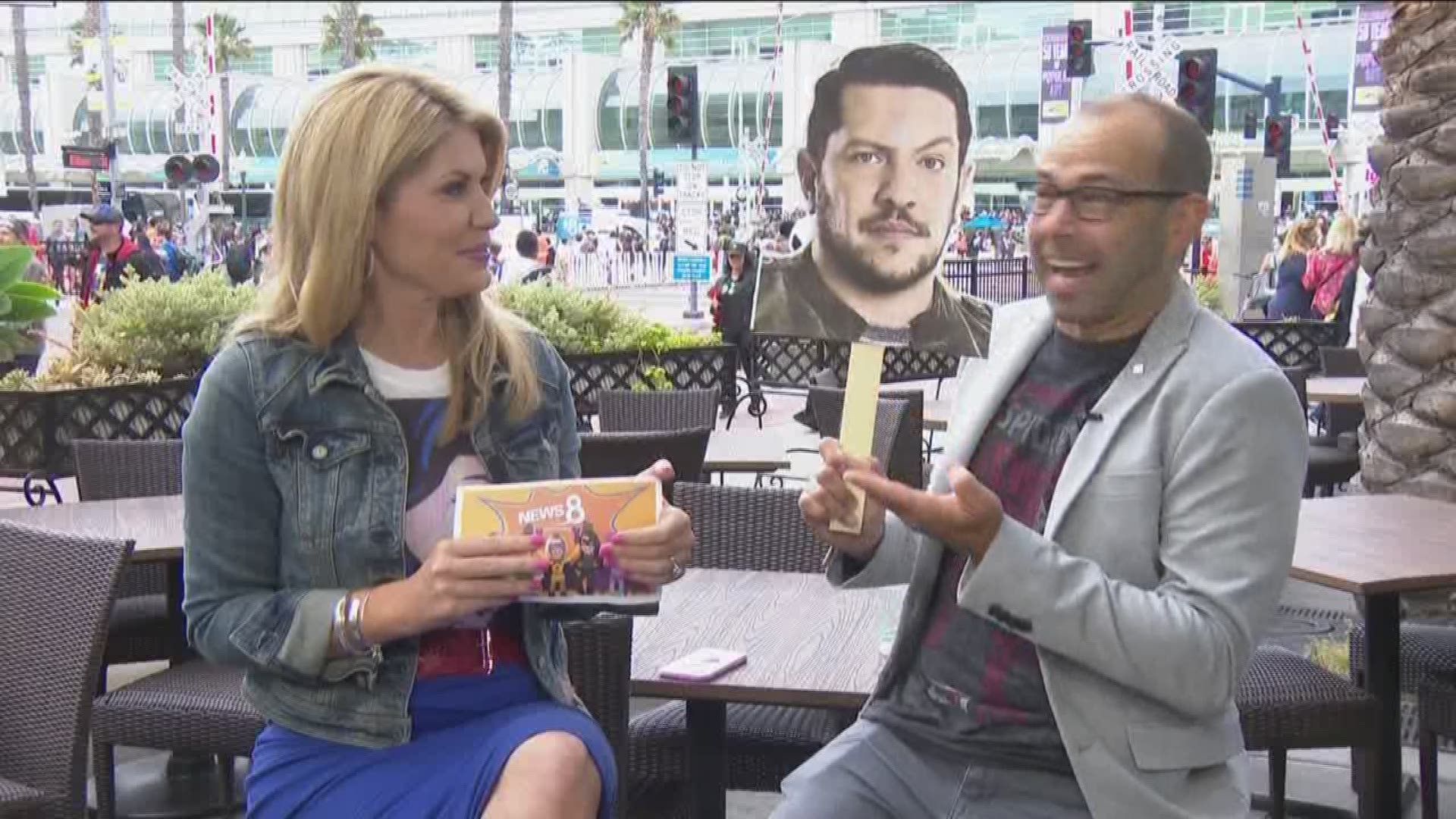 Tamara Robertson from Mythbusters Jr. along with physicist and author Rebecca Thompson talked to Morning Extra about the science behind Game of Thrones. Robertson will be part of a panel on July 20 at 5 p.m. in the Marriott Marquis San Diego Marina. Rebecca Thompson's panel on Entertaining Science: The real, fake, and sometimes ridiculous ways science is used in film and tv will be held on July 19 at noon in the Marriott Marquis San Diego Marina. 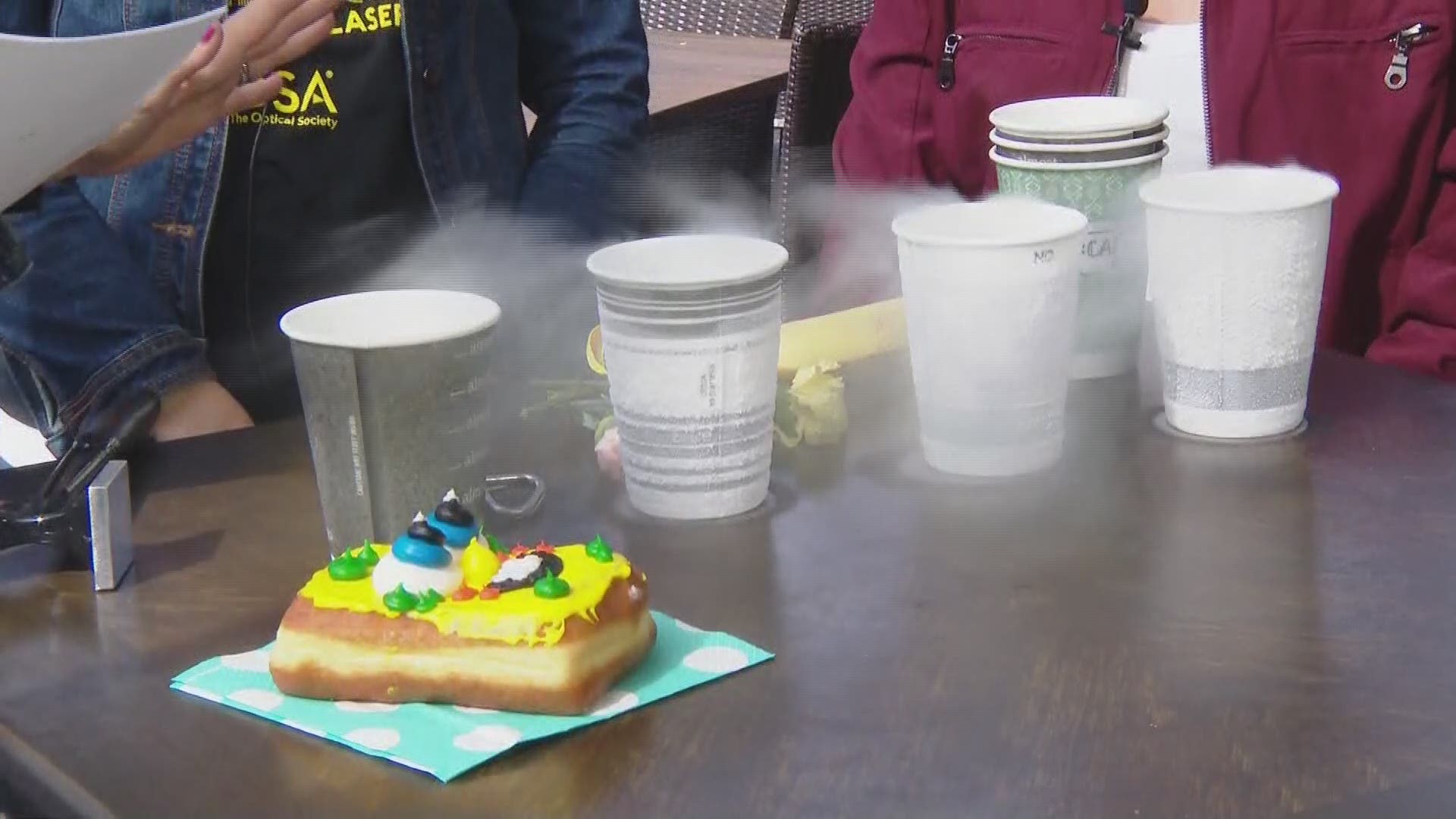 Mark McKinney stopped by the set to talk about his new project ‘Superstore’. Mark and his fellow cast members will have a panel on July 18 at 5:30 p.m. in the Indigo Ballroom at the Bayfront Hilton. McKinney also talked about his time with The Kids in the Hall. 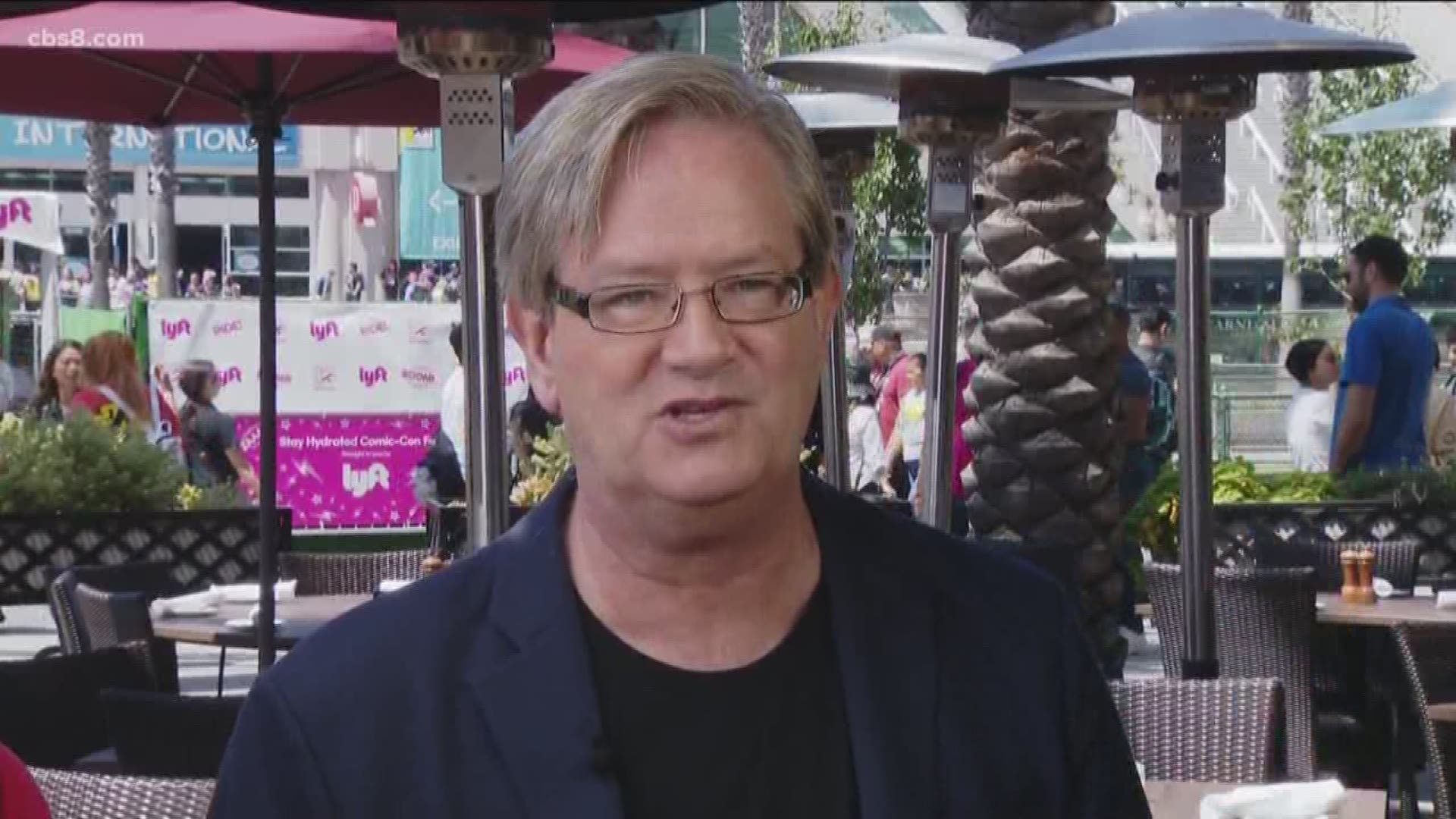 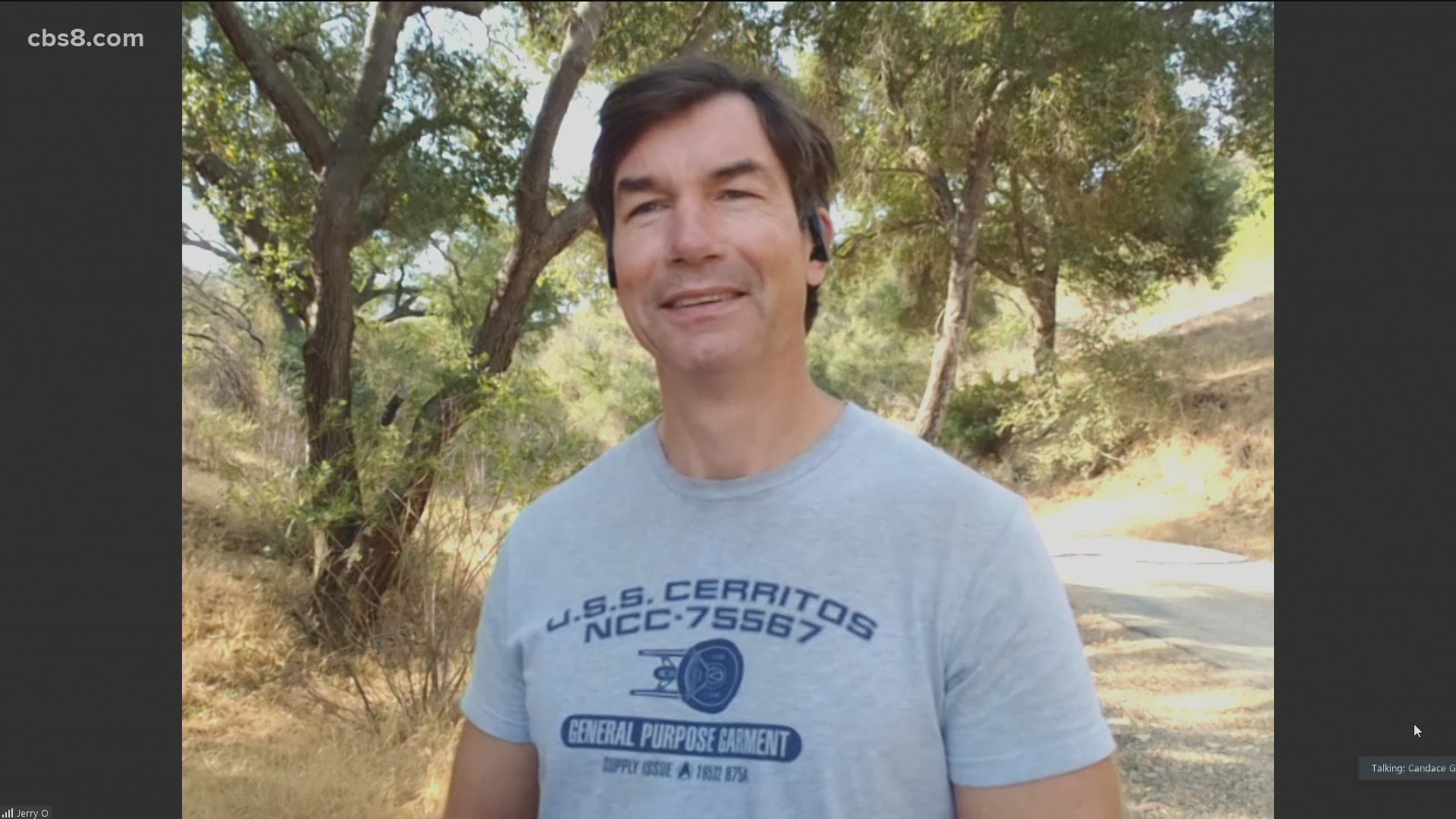 Catching up with actor Jerry O'Connell