Making its way to their front doorsteps, residents in Poway caught video of a massive mountain lion jumping over fences and hanging in their front yards. 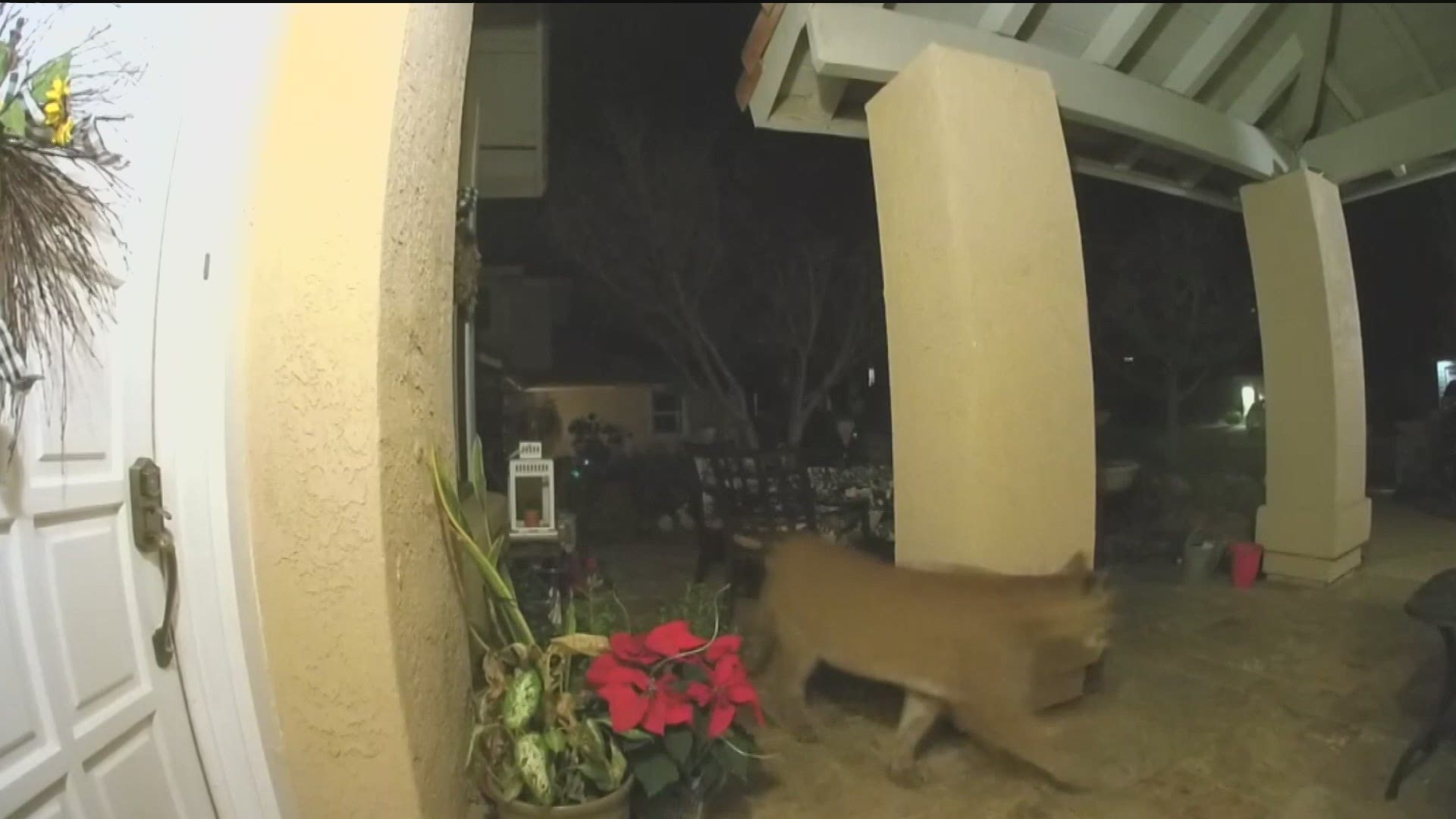 POWAY, Calif. — With a cat coming into view, Mary Freeman in Poway was stunned at what her Ring camera captured.

"When the cat came into frame, I am like 'oh my gosh!' Hello kitty,” said Freeman with a laugh.

Video showed big paws pressing forward on her front patio just after 1 a.m. on Wednesday, which was also Freeman’s birthday.

"It was certainly beautiful. Everyone just commented, 'look at that tail,'” Freeman said.

She alerted other neighbors on Nextdoor in Rancho Arbolitos of her huge visitor, and more video started pouring in showing the large cat jumping over fences and out on an early morning stroll gallivanting down streets.

Freeman first heard her dog barking to let her know something big was lurking around outside.

"Our street is really well-lit so therefore people walk at all hours of the night sometimes with their dogs,” she said.

Freeman called California Fish and Wildlife, which told her she lived adjacent to a mountain lion habitat.

"You can see suitable mountain lion habitat from right out the back door up on the hills in the mountains,” said Justin Dellinger, the California Department of Fish and wildlife large carnivore researcher.

Dellinger said the mountain lion looks like a young animal and most likely the same animal from multiple neighborhood videos.

“Looks like a young male setting out on its own to find a new home and they are traveling through areas that they are not familiar with,” Dellinger said.

The California Fish and Wildlife site said more than half of the state is mountain lion habitat and the big cats often can be found where the deers are.

"Mountain lions are pretty opportunistic animals. Unless they already got a kill somewhere, they are probably not going to pass up the opportunity to have a snack or two,” Dellinger said.

Dellinger said the animal could be looking for a feral cat or raccoon, so try to bring pets in at night and avoid going out alone.

For more mountain lion information and safety tips, visit the state's "Keep  Me Wild" site or to report a sighting, call: 858-467-4257