He allegedly admitted to the shooting and in an online open letter in which he espoused flagrant anti-Semitic sentiments and a need to protect the "European race." 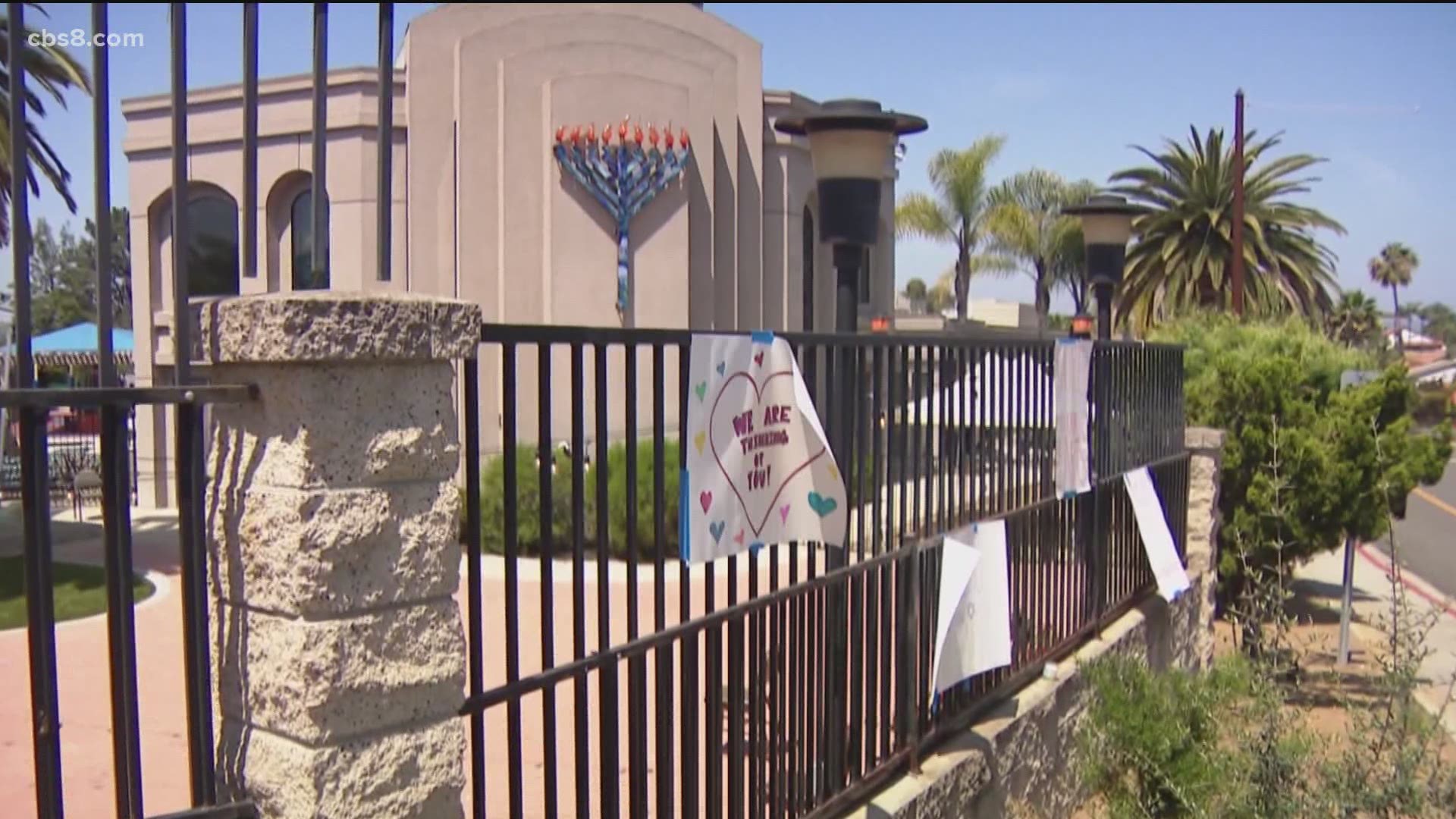 POWAY, Calif. — The man accused of killing a woman and injuring three others in an alleged hate crime shooting at the Chabad of Poway synagogue has entered into a conditional plea agreement in his federal case, though the offer still requires approval from the U.S. Attorney General, attorneys said today.

Details of the plea agreement were not disclosed during Friday's brief hearing in San Diego federal court for 21-year-old John Timothy Earnest, who is facing both state and federal prosecutions for the April 27, 2019, shooting.

State prosecutors announced last year that they would seek the death penalty against Earnest, but a federal capital punishment decision remains pending.

Prosecutors said the preliminary plea agreement has been sent "to the appropriate decision-makers," who will determine whether to accept or reject it, meaning Earnest still could go to trial on more than 100 federal counts.

Earnest also has a status conference on Tuesday in his state case, during which further details regarding the status of that prosecution will likely be disclosed. His trial in the state case is currently set for Oct. 12.

The former Rancho Penasquitos resident and Cal State San Marcos nursing student is accused of carrying out the shooting on the last day of Passover, fatally wounding 60-year-old Lori Gilbert Kaye, who was shot twice in the synagogue's foyer. Kaye, a longtime member of Chabad of Poway, was at the temple with her husband and daughter to honor her mother, who had recently died.

Surveillance footage from the date of the crime appears to show the shooter's rifle jam or malfunction after he entered the synagogue and opened fire. He then fled the scene after being chased out by congregants, drove a short distance away, called police and directed them to his location, where he was arrested.

Earnest is also charged with setting fire to the Dar-ul-Arqam Mosque in Escondido on March 24, 2019.

He allegedly admitted to both the shooting and the mosque fire in an online open letter in which he espoused flagrant anti-Semitic sentiments and a need to protect the "European race."