After Friday's 11th-hour appeals by Merritt took a day to resolve, a judge sentenced him to the death penalty on Tuesday. 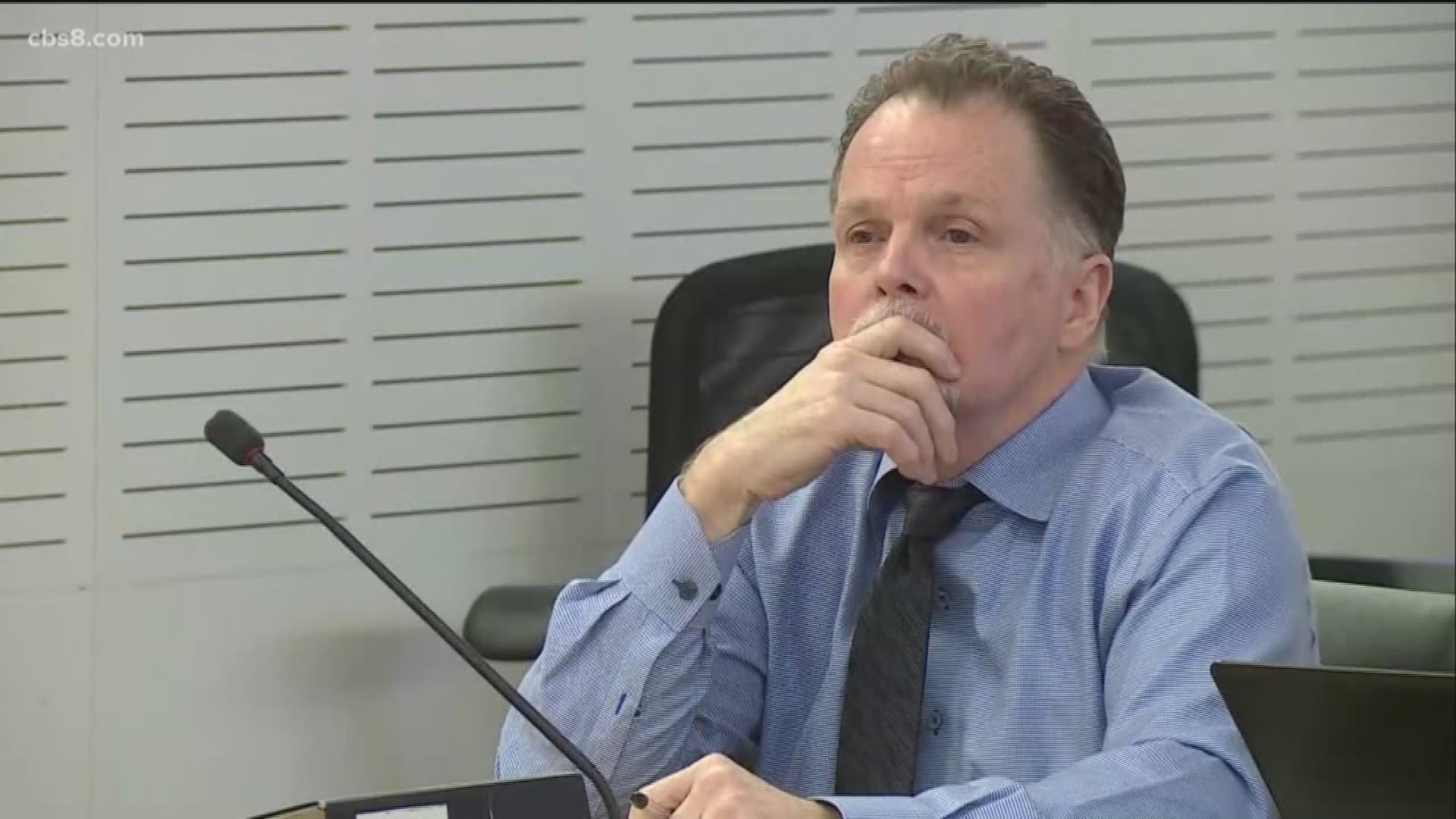 SAN DIEGO — A man convicted of killing a family of four and burying their bodies in the California desert was sentenced to the death penalty Tuesday by a judge in San Bernardino, after an unsuccessful bid to fire his attorney and have his conviction thrown out.

This is how attorneys and loved ones reacted after the sentencing on Tuesday afternoon:

On Tuesday, Judge Michael A. Smith apologized as the sentencing hearing for Charles “Chase” Merritt got off to a late start. There was a problem at the jail with transportation of Merritt to court, the judge said.

The judge denied a new motion filed by the defense Tuesday to disqualify the court from ruling on issues concerning timeliness of evidence presented during the trial. The defense then asked the judge to consider reducing Merritt’s sentence to a lesser sentence than the death penalty, but that was also denied.

Summer McStay’s sister cried as she read her victim impact statement in court.

“Our children won’t grow up together," she said. "They won’t age together. After seeing and hearing what you did to them, [it] makes me so angry. There’s no way to describe the pain. You took their lives so violently.”

“I don’t forgive you," said Summer's former husband said to Charles Merritt. "Instead, I want to psychologically mess you up.”

Joseph McStay’s mother, Susan Blake, began her statement by saying, “It’s been just a nightmare. I felt like a boulder hit me in my chest when they told me they found him in the desert."

She then addressed Merritt as a “despicable, evil monster and a baby killer” who destroyed her family.

Joseph’s brother, Michael McStay, held back tears as he told Merritt in court that Merritt “robbed the world of four beautiful souls.”

"He is non-apologetic, unrepentant, he lacks a conscience," Michael McStay said. "He is conscience-deprived."

Joseph’s oldest son, Jonah McStay, said he hopes to be a father someday.

“I will hold them close because I know what it’s like to lose people I love," he said.

" Sometimes, just seeing another boy with their dad reminds me of the tremendous loss I have endured," Jonah McStay added. "I fight each and every day to mend the wounds left  by someone who instead of healing, sought to destroy others, my family, for their own personal gain."

Merritt did not face the family as he began to give his statement.

Merritt maintained his innocence. He says the real killer or killers are still out there and called the prosecutors "professional liars."

“I loved Joseph," said Merritt. "He was a big part of my life and my family’s life.”

Merritt was convicted June 10 of first-degree murder in the deaths of Joseph McStay, 40, his wife, Summer, 43, and their two children, Gianni, 4, and Joseph Jr., 3. Jurors also agreed with a special circumstance of multiple murders. The same jury later recommended three death sentences and life without parole in the death of Joseph McStay Sr., the business partner.

RELATED: McStay Murder Trial: Charles "Chase" Merritt due to be sentenced in December

At the time the McStay family disappeared, McStay was cutting Merritt out of the business because of poor performance. The family vanished from their Fallbrook home Feb. 4. They formerly lived in San Clemente.