The warrant details how the marriage deteriorated between 2020 and 2021, and states Larry discovered May "Maya" Millete had an affair. 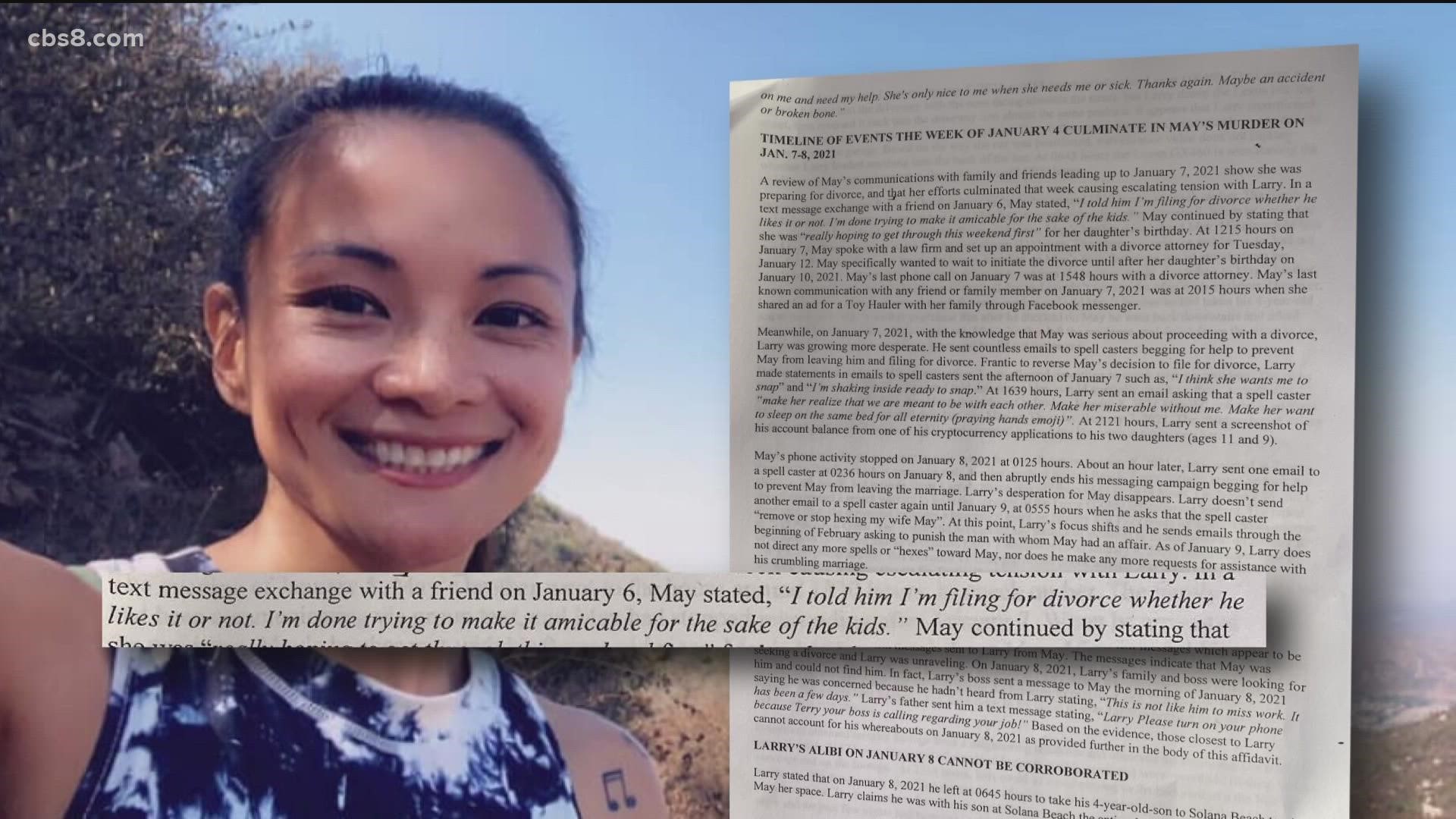 The Chula Vista Police Department stated in the arrest warrant that in the days leading up to January 7, 2021, the day May went missing, she was taking steps to divorce her husband and that Larry was determined to stop her.

The eight-page arrest warrant laid out how investigators say they arrived at the conclusion there's no evidence May left on her own, or that she had the financial means to do so.

It details how the marriage deteriorated between 2020 and 2021, and states Larry discovered May had an affair.

Prosecutors allege that Larry had become obsessed with his wife's whereabouts. He was paranoid she was going to leave him.

In November 2020, the warrant states Larry emailed May an article entitled "What Men want from Their Wives."

She replied: "How about maybe you focus on also what women want from their husbands? All these things you send me are just about you which further solidifies the whole idea that you really think I'm the problem and that if you could only fix me everything will be ok."

Investigators state Larry started showing up at May's job unannounced to see if she was meeting with another man.

They say they found evidence he also googled things like "plant you take to never wake up" and drugs such as Rohypnol, the so-called date rape drug.

According to the warrant, family members described Larry's behavior as "controlling" and "stalker-like."

Investigators say Larry emailed spellcasters daily to try to get May to fall back in love with him, but eventually, those emails turned violent. One from December 31 states "Can you hex to have her hurt enough that she will have to depend on me and need my help. She's only nice to me when she needs me or sick. Thanks again. Maybe an accident or broken bone."

The warrant also revealed May had confided in a friend about her marital issues, revealing one time in the past Larry had choked her until she passed out.

January 6, investigators say May stated to a friend via text "I told him I'm filing for divorce whether he likes it or not. I'm done trying to make it amicable for the sake of the kids."

On Tuesday, the Chula Vista Police Department confirmed the arrest of Larry Millete for the murder of his wife Maya.

Declaration in Support of Arrest Warrant

During a press conference on Tuesday, San Diego District Attorney Summer Stephan unequivocally accused the suspect of killing his wife but acknowledged that "there's going to be questions" about his arrest and prosecution due to the fact that the victim's body is still missing.

The Chula Vista Police Department and multiple federal agencies, including the FBI, have looked into her disappearance for over nine months. Her family, friends and community members have also turned out for numerous searches, rallies and vigils throughout San Diego County. 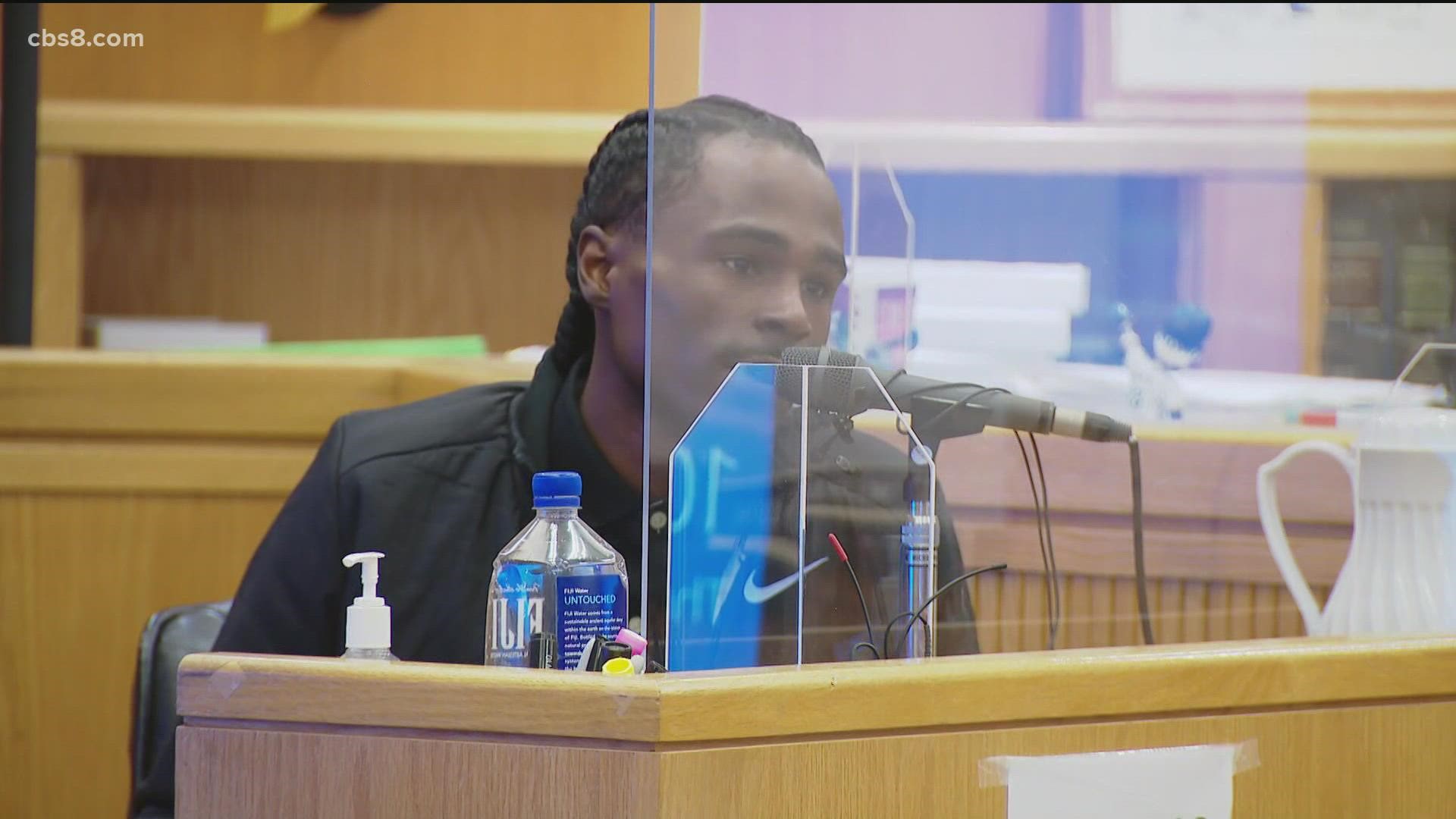