The break-ins have happened at the Poway, Del Sur and Ramona bike shop locations that Louie Ibarra runs. 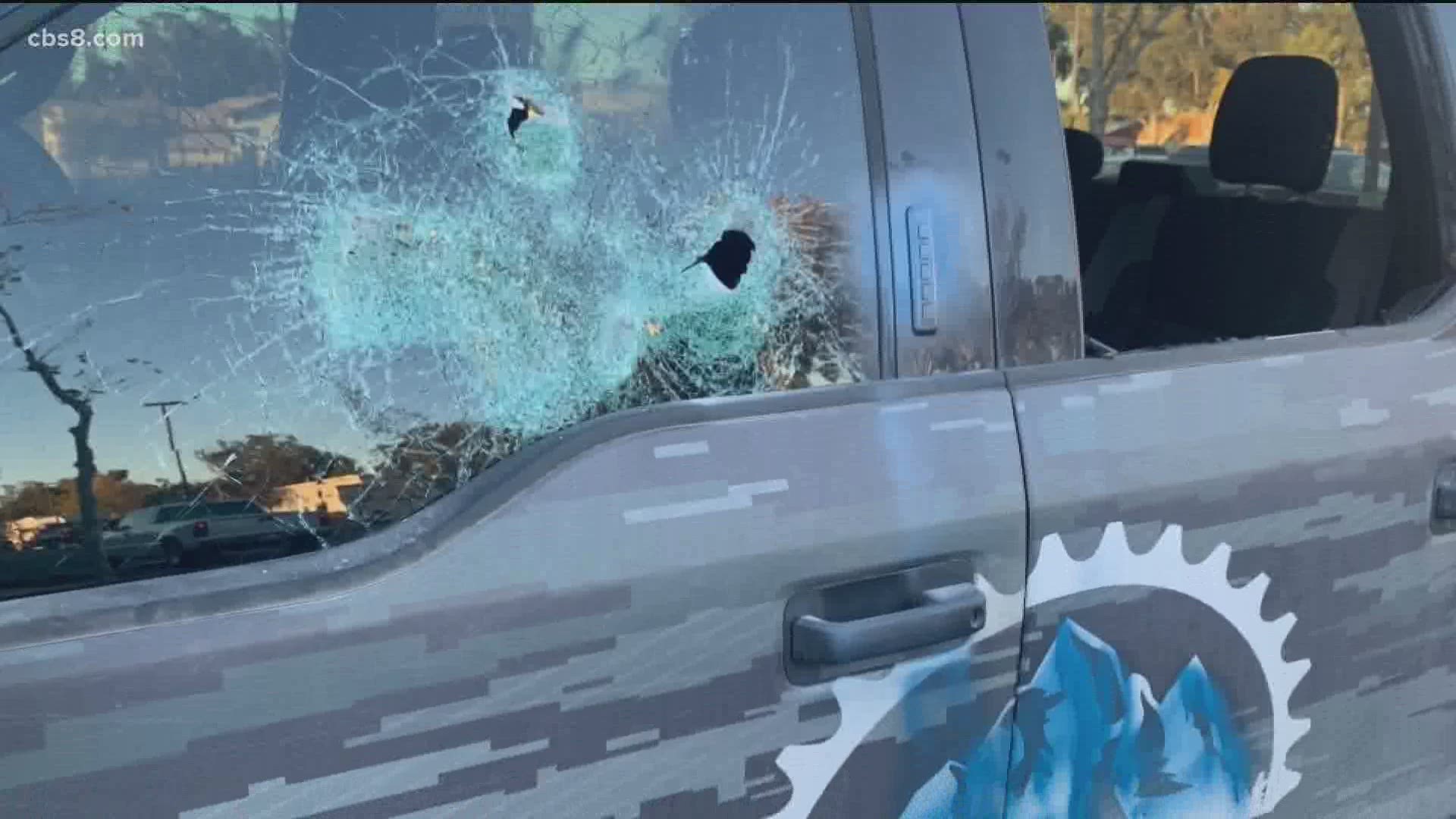 POWAY, Calif. — Editors note: The story headline was updated to reflect the fact that the racist graffiti was found on the truck in front of the Ramona Bike Shop, not Poway Bicycle location.

A 4 a.m. wake up call from his alarm company wasn’t exactly how Louie Ibarra wanted to start his day. When he got to his store, Poway Bicycle, he found his front window smashed and several of his top-of-the-line mountain bikes worth thousands of dollars each, gone.

“Whoever did this knew what they were doing," said Ibarra. “They targeted the premium inventory. Some of these bikes get up to $8,000 or $9,000 each.”

Thursday morning’s break-in is just another chapter of problems that Ibarra has had at his bike shops around San Diego. About a month ago, thieves smashed the windows of the Del Sur Bike Shop and helped themselves to several bikes valued together in the tens of thousands.

And little over three weeks ago, in front of the Ramona Bike Shop, Ibarra returned to find his brand-new shop truck vandalized with swastikas and racist graffiti.

“The doors were gouged, the hood was gouged, all of the windows were smashed, the tires were slashed and they did over $20,000 in damages," said Ibarra.

Though each bike is printed with a unique serial number, Ibarra said that it would be extremely unlikely that they’ll be able to recover any of their merchandise.

“The bikes are parted," said Ibarra. "They are switched around. Different components are moved around. It’s just really challenging to ever catch anyone."

Though he does have insurance, Ibarra is worried that as a small business owner filing several high-priced claims will cause his rates to skyrocket. In an already stressful time for business owners, Ibarra has this to say to the thieves and vandals targeting his shops.

“Get a job, work hard," he said. “Go be productive members of society.”