Suspected Chabad of Poway synagogue shooter back in court

The jury trial was supposed to start in June but due to COVID-19 it's been delayed until at least March 15, 2021. 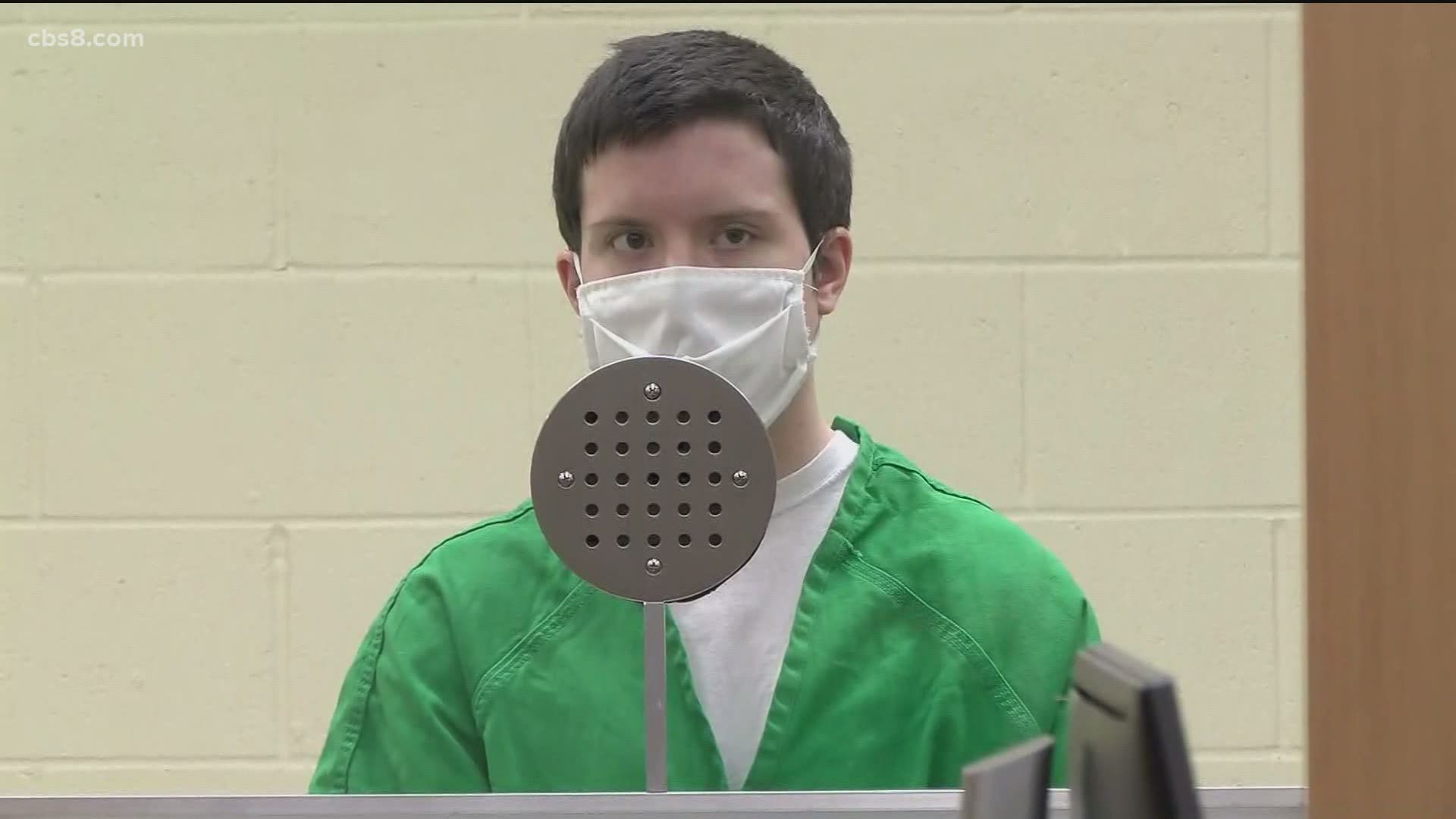 SAN DIEGO COUNTY, Calif. — A status conference was held Thursday for John T. Earnest, who is accused of opening fire inside Chabad of Poway synagogue last year, killing a woman, Lori Kaye, and injuring three others, including the rabbi of the congregation. The suspect is also accused of setting the Islamic Center of Escondido on fire a month prior.

The jury trial was supposed to start in June but due to COVID-19 it's been delayed until at least March 15, 2021. The hearing was brief as both sides agreed to proceedings. According to the judge, Earnest appeared inside the courtroom as opposed to a virtual appearance due to the special nature of the case.

The San Diego County Attorney's Office will seek the death penalty, while a federal capital punishment decision remains pending due to COVID-19.

The now 20-year-old man who is accused of committing the attack is scheduled to go on trial later this year. Prosecutors allege he was motivated by antisemitism.

The alleged shooter faces charges including murder, attempted murder, arson and hate crime allegations for both the shooting and an Escondido mosque burning in March.

The suspected shooter allegedly told a dispatcher that he committed the shooting because Jewish people were destroying the white race and made similar anti-Semitic comments in an online manifesto in which he said he spent four weeks planning the attack.

According to testimony, a receipt found in the alleged gunman's car showed he purchased the rifle at San Diego Guns on April 13, 2019, the same day a California Fish and Wildlife card found in his bedroom showed he completed a hunting program, qualifying him for a hunting license.

However, the license -- which would allow someone in California under 21 to purchase a gun -- was not valid until that July. Without a valid license, the alleged suspect would have been prohibited from purchasing the rifle under state law, as he was 19 at the time of the purchase.

A gun control group has filed a lawsuit on behalf of victims of the Poway synagogue shooting against several parties, including the alleged shooter, his parents, the gun store that sold him the weapon used in the deadly shooting and the weapon's manufacturer, Smith & Wesson.

Surveillance footage allegedly captured a suspect arriving at the mosque in the same type of vehicle in which the shooter was captured on the day of the synagogue shooting.