The lawsuit alleges San Diego Guns illegally transferred the gun to the shooter despite being underage and not presenting a California hunting license. 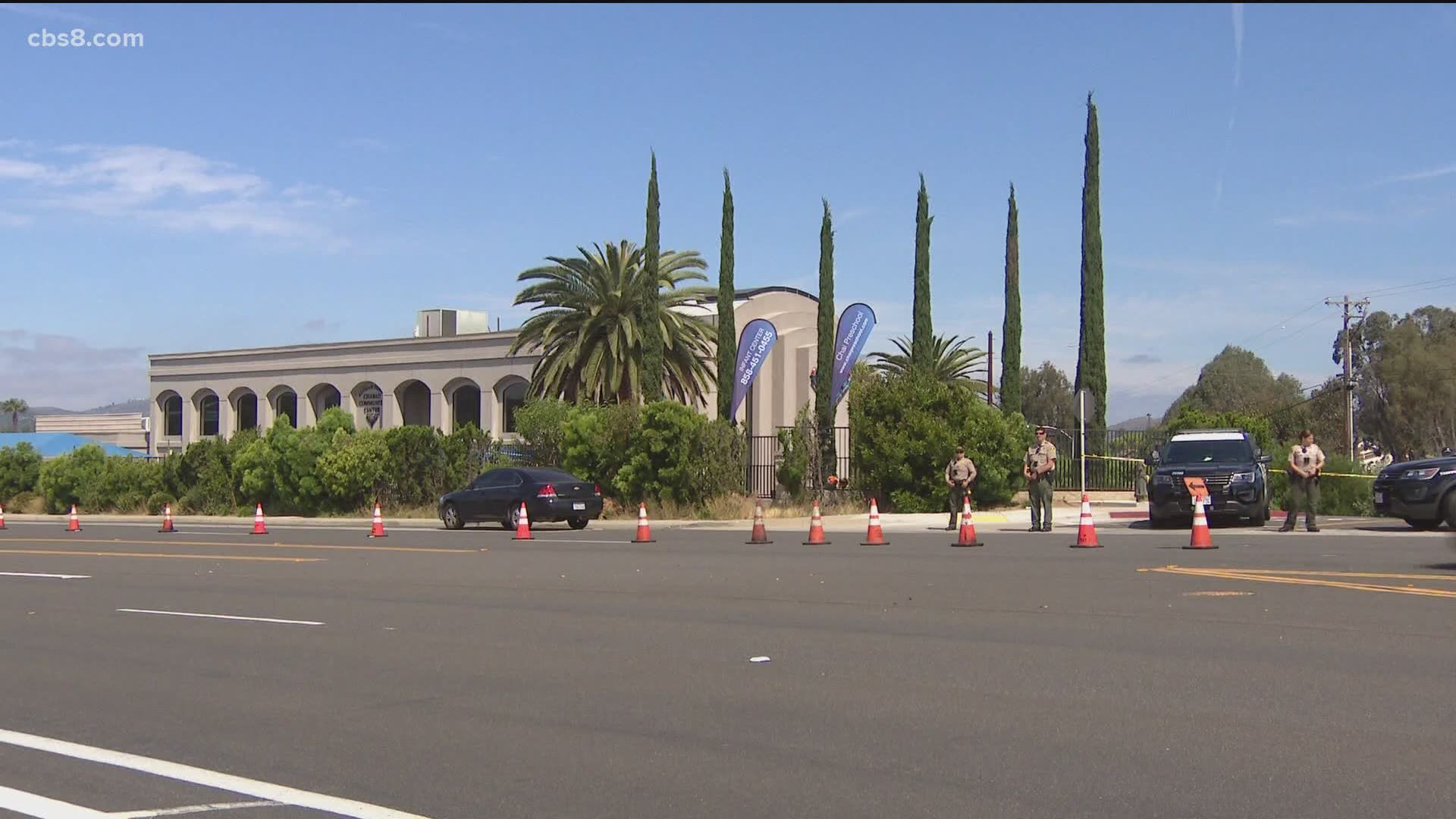 POWAY, Calif. — A gun control group has filed a lawsuit on behalf of victims the Poway synagogue shooting against several parties, including the alleged shooter, his parents, the gun store that sold him the weapon used in the deadly shooting and the weapon's manufacturer, Smith & Wesson.

Lori Kaye, 60, was killed and three others injured including Rabbi Goldstein who was shot in the finger.

The suit filed Monday in San Diego Superior Court alleges "irresponsible and unlawful conduct by a firearms manufacturer and seller for making, marketing, or selling weapons in an unsafe and illegal manner" in connection with the rifle allegedly used by the alleged gunman, 21, in the April 27, 2019, shooting at Chabad of Poway.

The suit filed by the gun control advocacy group Brady United accuses Smith & Wesson of failing to "use reasonable care" when marketing the rifle -- a Smith & Wesson M&P 15 -- and alleges the company made the weapon "easily modifiable," which facilitates crimes like mass shootings.

The lawsuit also alleges gun store San Diego Guns unlawfully sold the alleged gunman the rifle used in the shooting, as he lacked a valid hunting license to buy such as weapon at his age.

"This gun should not have been sold or marketed in the way that was and if it had been appropriately marketed and sold this shooter would not have had this gun to commit the tragic and mass shooting," said Jonathan Lowy, Brady United Against Gun Violence, Chief Counsel.

The woman who was meeting Kaye to pray spoke publicly for the first time on Tuesday. Randi Feinberg said she was in the parking lot when she spotted the shooter.

"It looked like he was holding this massive rifle and I thought what the hell is going on this so so bizarre it Shabbat," said Feinberg.

"Shortly thereafter I heard gunshots and immediately I called 911," she said.

The suit also alleges Earnest's parents "negligently facilitated their son's (the shooter's) ability to gain access to one or more pieces of weaponry/tactical equipment used in the incident, upon information and belief, having prior knowledge of his avowed, virulent anti-Semitism and propensity for violence."

"I’m hopeful that the lawsuit will raise awareness for how guns are used. That will task the gun seller with greater responsibility to whom the gun is being sold to," said Feinberg.

News 8 reached out to San Diego Guns for comment. The person who answered the phone said, "No one is here to speak on that, thank you," and hung up.

Kaye was the only person killed in the Chabad of Poway shooting which took place on the last day of the Jewish holiday of Passover. Lori, a longtime member of Chabad of Poway, was at the temple with her husband and daughter to honor her mother, who had recently died.

Feinberg says that day has forever changed her, "The world that I knew minutes earlier doesn’t exist any longer. I imagine it’s something you keep with you forever, 9:37 you have this giant limo in your heart."

The now 20-year-old man who is accused of committing the attack is scheduled to go on trial later this year. Prosecutors allege he was motivated by antisemitism.

The alleged shooter faces charges including murder, attempted murder, arson and hate crime allegations for both the shooting and an Escondido mosque burning in March. Earlier this year, the San Diego County District Attorney's Office announced it will seek the death penalty for him.

The suspected shooter allegedly told a dispatcher that he committed the shooting because Jewish people were destroying the white race and made similar anti-Semitic comments in an online manifesto in which he said he spent four weeks planning the attack. He faces the death penalty in the state's prosecution, while a federal capital punishment decision remains pending.

According to testimony, a receipt found in the alleged gunman's car showed he purchased the rifle at San Diego Guns on April 13, 2019, the same day a California Fish and Wildlife card found in his bedroom showed he completed a hunting program, qualifying him for a hunting license.

However, the license -- which would allow someone in California under 21 to purchase a gun -- was not valid until that July. Without a valid license, Earnest would have been prohibited from purchasing the rifle under state law, as he was 19 at the time of the purchase.

The California Department of Fish and Wildlife and Department of Justice are also named as defendants for alleged negligence in allowing Earnest to buy the gun when a background check should have precluded him from purchasing it.

The lawsuit seeks monetary relief and demands all parties reform their business practices.

News 8 also reached out to Smith and Wesson for comment. They have not responded to the request for comment, but if and when they do, this story will be updated with their response.

News 8 reached out to the San Diego County Gun Owners Political Action Committee. They are not associated with the lawsuit and do not represent the gun store but released the following statement:

"What happened to the synagogue and those who attended is horrific. The lawsuit they are filing, in part, is asinine in that they are blaming the gun shop and manufacturer for the actions of a highly disturbed monster. The gun shop followed state law to the letter and communicated with the California DOJ flawlessly. The manufacturer is no more to blame than Ford or Chrysler is to blame for drunk driving. They are also legally protected by the Protection of Lawful Commerce in Arms Act. This is settled law which makes naming them as plaintiffs frivolous.  I hope the victims are able to find peace through other means rather than following the advice of those who only want profit."