The district says it has purchased $45 million of PPE & other safety upgrades that include 200,000 masks and 14,000 bottles of hand sanitizer. 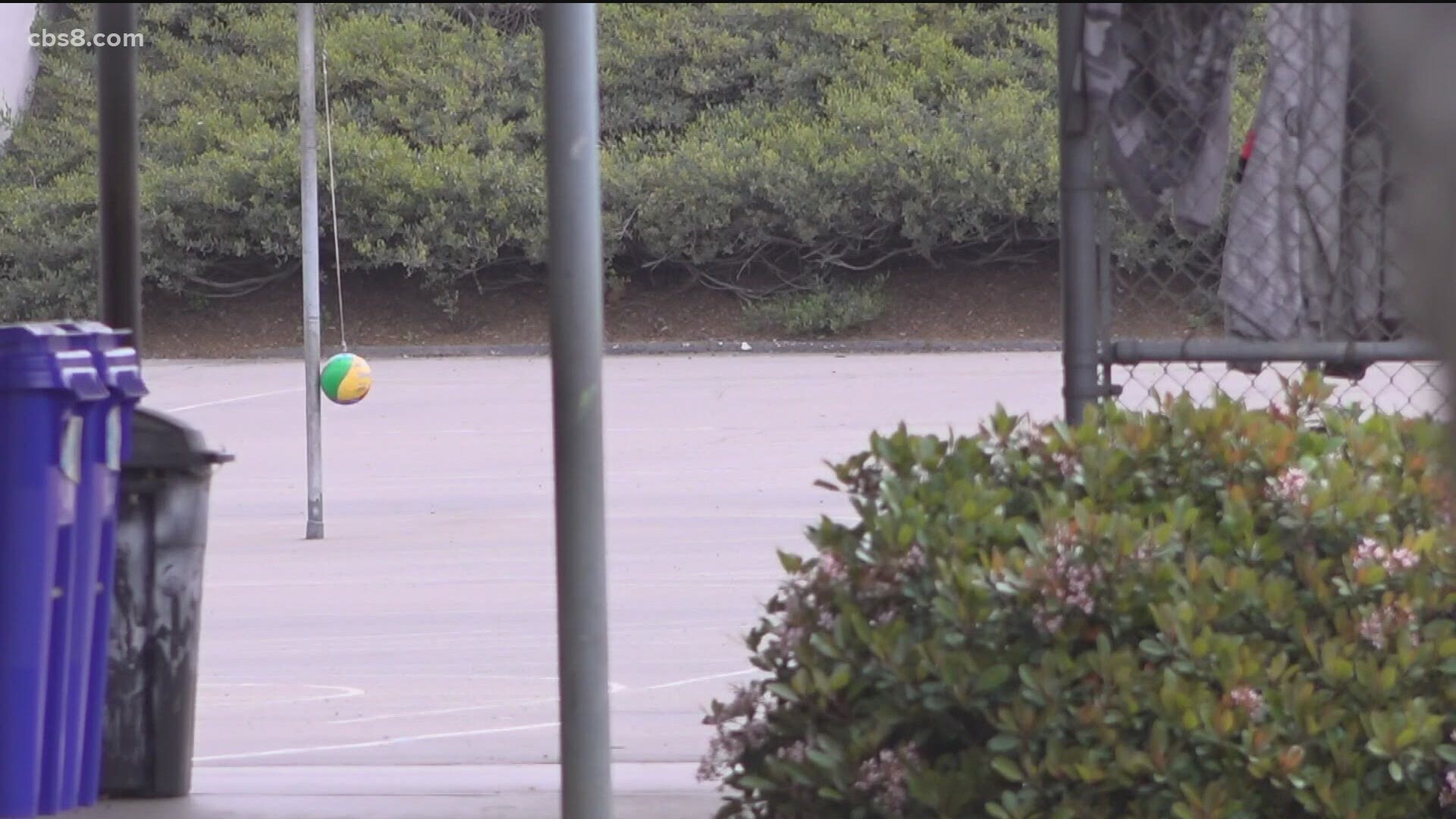 SAN DIEGO — San Diego Unified school district has announced its phased reopening plan for teachers, parents and students. The plan reaches beyond the initial appointment-based schedule that many parents previously objected to. While the timeline is still fluid, the plan follows a downward trend in COVID cases. As cases decrease, they’ll move on to the next phase.

John Lee Evans, President of San Diego Unified School District said, “Well what we’ve done is really publicized what are the differences, what are the safety measures. We’re still finalizing plans for the exact dates. Right now we’re in Phase 1 and think it’s been going pretty smooth so far.”

The district would begin by expanding the current appointment-based plan to student’s grades 6th through 12th. Phase 2 would involve elementary school students going back to campus four days a week on an AM/PM split schedule. Under phase 2, middle school and high school students would return to class two days a week.

The schedule continues to expand eventually to phase 4 which would be students attending class in-person all five days of the week.

The district says they’ve worked with UCSD to make this plan as safe for students and staff. They’ve purchased $45,000,000 of PPE and other safety upgrades that include 200,000 masks and 14,000 bottles of hand sanitizer.

District leaders will meet on Tuesday, October 27 to update the timing of the next phase. They said this will follow the release of weekly county numbers and tier updates from the state.

Big smiles at Walker for Phase 1 Appointment Based Learning! While it may be hard to see the smiles through masks, it’s impossible to miss their excitement about being back on campus. #experienceSUCCESS @sdschools pic.twitter.com/opCWcUVms0