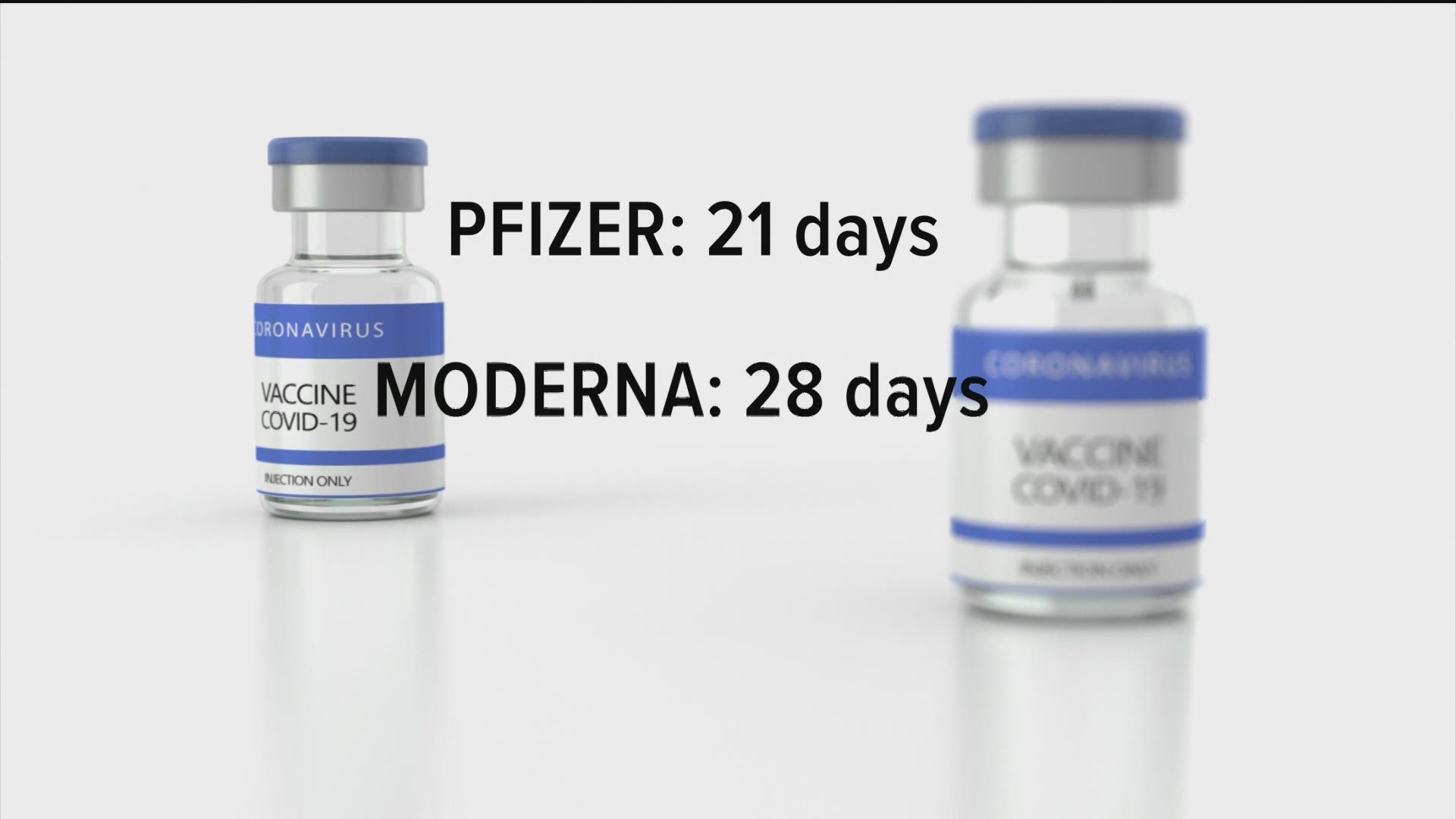 SAN DIEGO — Despite the push to get more vaccines into people's arms, News 8 has heard from several seniors who say while they've received their first shot, appointments for their second dose have been canceled with no way to reschedule.

County Supervisor Nathan Fletcher acknowledged the issue, saying there's a critical shortage right now and they're hoping that increases soon. For many seniors, it can't come soon enough, as the suggested date to get that second shot has either passed or will soon.

67-year-old Lisa Young said, "I got the Moderna [vaccine] and I got it at Vons at Highland Ranch."

That was back on February 6th, but as March 6th approaches, Young says her second dose appointment was canceled, with no immediate option to reschedule. "No appointment, no rescheduling from Vons, no notices, no way to get a second shot, that's where I'm standing," she said.

Young isn't alone. News 8 spoke with 78-year-old Carol Windham who has gone 42 days without her second Moderna shot. And despite having an appointment at the Petco Park superstation Wednesday, she waited in her car for seven hours before finally being turned away.

"I waited all day and I thought if I keep waiting and eventually I'll get my shot," Windham said.

Moderna is struggling to keep up with its delivery goals worldwide. Shipments were delayed due to weather and other supply chain issues.

Pfizer is also falling behind.

Scripps announced the Del Mar vaccination superstation will be closed Saturday, March 6, because they only received half the number of Pfizer doses they had planned on getting.

Scripps Chief Medical Officer, Dr. Ghazala Sharieff, said, "We were actually prepared to do 18,000 doses this week because we've revved up, but we've only gotten 9,000 doses total."

According to Dr. Sharieff, while supply issues are primarily to blame, adding to the problem is a Federal government directive calling on health care providers to use up vaccines the week they get it, saying there would be continual shipments to keep up with demand.

"We were managing this very well because we were all holding second doses so we could plan accordingly and then we were given direction saying you can not hold second doses," Sharieff said.

Pfizer suggests getting that second dose 21 days after your first. For Moderna, it's 28 days for your second dose.

The CDC says you can delay either shot up to six weeks. Beyond that, there's not enough research right now to know.

Health experts advise if you can't find an appointment at the location where you got your first shot, be your own advocate and find someplace else.

Dr. Sharieff said, “I don’t want people feeling that anxiety so my best advice is to go where you can.”

WATCH: Great apes at the San Diego Zoo and Safari Park given vaccine targeted for animals: