The search for a young mother and her son, who have been missing for 18 years, led to information that helped solve another missing person's case. 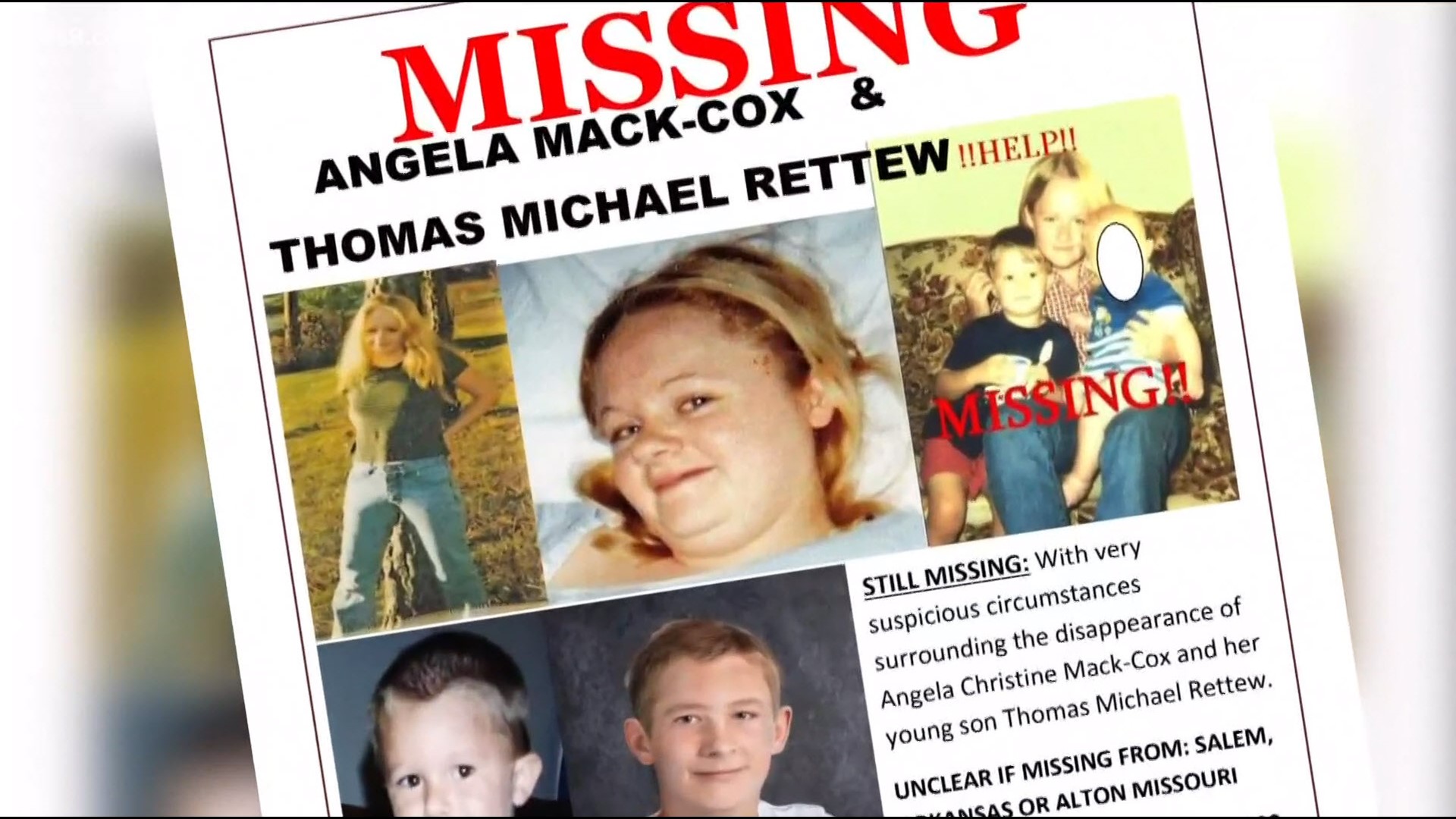 ESCONDIDO, Calif. — Tiffany Thomas has spent years searching for her childhood friend Angela Mack and Angela's son Mikey who have been missing for 18 years.

Both disappeared after they moved from Escondido to Arkansas. Just recently, as Tiffany scoured the internet, she found information that helped the family of another missing woman get some closure.

Tiffany last saw Angela in 1998 when she visited Escondido with her newborn son Thomas, who goes by Mikey, after having moved to Arkansas a few years prior.

"I'm not going to forget her," Tiffany said. "She came into town and she did have her first son with her, the one who is also missing. It was the last time I saw or heard from her."

Tiffany always wondered why Angela hadn't written or gotten in touch but with no cell phone or social media, it was difficult to figure out what exactly happened. A few years later, she discovered no one had heard from the pair since 2002.

Then, just recently, Tiffany learned investigators in Arkansas were looking into the case. So, she started a blog and Facebook group called "Justice for Angie" in hopes of gathering and sharing information that might help.

That's where this story takes a turn.

“I was searching in Arkansas on the sites for missing people and there were a lot of photos and unfortunately a photo popped up of a deceased woman in Tennessee. Maybe a week later on a different site, I just so happened to see a missing person’s flyer of the same woman and she was alive and I knew right away it was the photo,” Tiffany said.

Tiffany contacted the woman's aunt, who confirmed it was her. She had been missing for 11 months and her body had been found on the side of the road. It's believed she was hit by a car.

Regarding the woman’s aunt, Angela said, “She thanked me and said at least they were closer to knowing what's going on.”

As for her own search, Tiffany fears a similar outcome.

“I hope she's alive, but my gut tells me she's not, and I pray and I hope that somebody just fell in love with Mikey and somebody kept him and took good care of him,” she said.

She vows to not give up, citing a note Angela once wrote her.

“I found a photo that she had signed the back of and she told me never to forget her. I’m not going to forget her. She asked me not to. I won’t and I want to make sure no one else forgets her either,” Tiffany said.