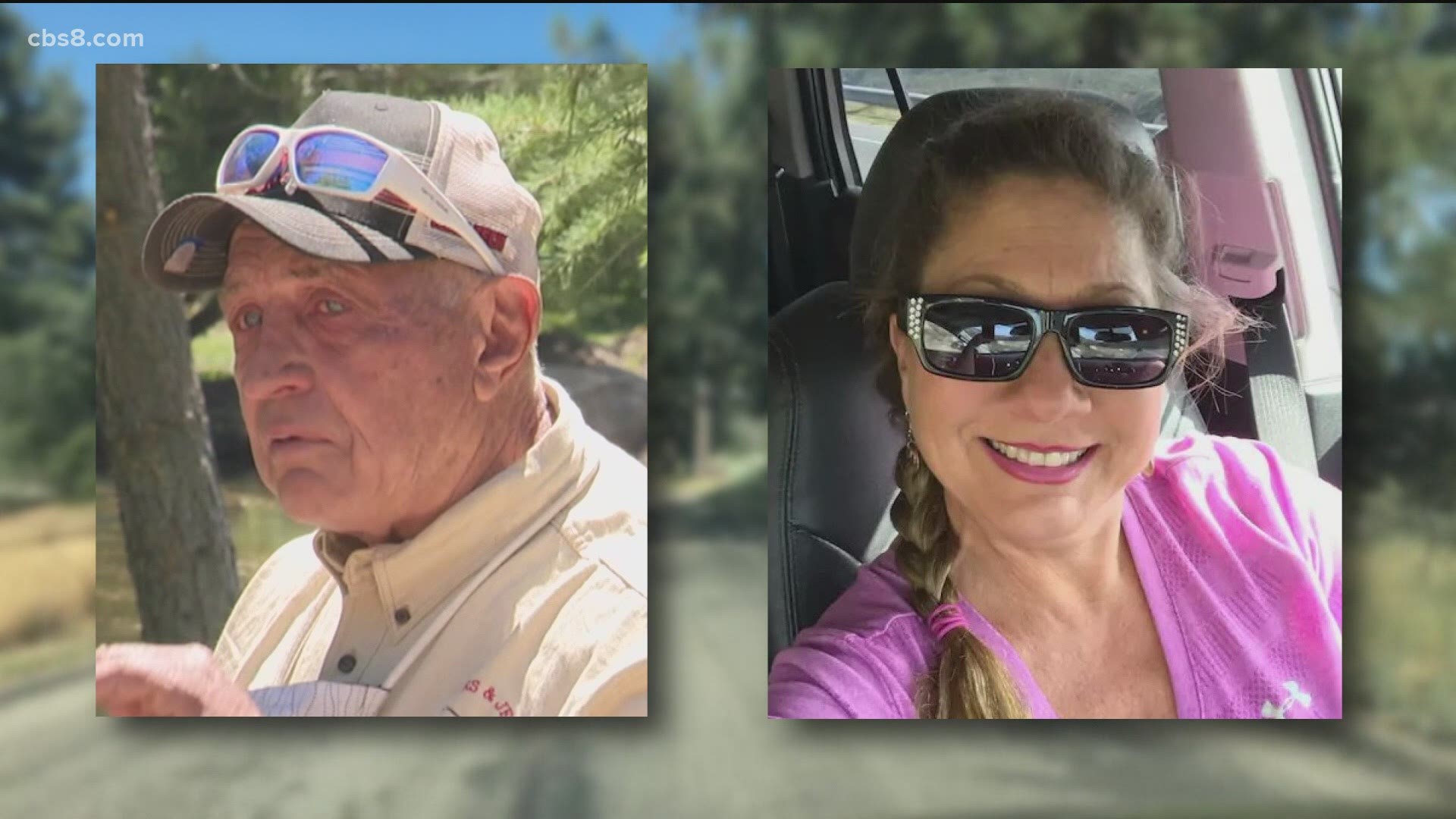 SAN DIEGO — The family of Lydia “Dia” Abrams – who went missing nine months ago from her ranch near Idyllwild – is asking a judge to remove the current trustees of her estate.

The probate petition in Riverside County Superior Court targets the man claiming to be Abrams’ fiancé, as well as another woman, who both have been managing the properties since the woman’s disappearance.

Her adult son and daughter, Clinton and Crisara Abrams, of San Diego are plaintiffs in the current court action.

The petition seeks the removal of the two trustees, Keith Harper and Diana Fedder.

“I feel saddened that the children are actually going to that extent,” Fedder said in a telephone interview with News 8.

Fedder said the missing woman did not want her adult children involved in her properties.

“She made me promise, as well as several other people, that the children would not be allowed in the home because the first thing that would happen if she was gone is, they would come in and take everything,” said Fedder.

Keith Harper is currently running the ranch on a daily basis, and he claims to be Abrams’ fiancé. Harper and Fedder have co-managed the ranch since Abrams went missing.

Harper was the last person to see Abrams on the day she went missing.  He has filed a power of attorney document claiming control of the Bonita Vista Ranch, as well as two nearby houses owned by Abrams.

Abrams transferred three properties in the area into a restated trust, two weeks before she went missing.

The Abrams family said in its petition that Harper has not allowed the family to inspect the trust.

"Mr. Harper has refused for more than a month the written demands and phone calls of Petitioners' counsel that he provide a full and complete copy of the Trust and an accounting. Mr. Harper must account for all of [Abrams] Trust assets since June 6, 2020 when [Abrams] went missing and Mr. Harper and Ms. Fedder assumed control of the Trust assets," according to the petition.

The petition filed by the missing woman's children also alleges, “the Riverside County Sheriff's Department is investigating Mr. Harper as a potential perpetrator of the crime or crimes that led to [Abrams'] disappearance."

"Ms. Fedder and Mr. Harper have been romantically involved since the beginning of their relationship,” the petition continues.

During the telephone interview, Fedder, 53, said she had not read the petition, but denied any personal relationship with Harper, 71.

“That is a completely false allegation.  I only met him twice about seven months prior with Dia present.  And, I have not spoken to him again until I was told of her disappearance.  And, I would definitely not be involved with Harper.  He is at least 25 years my senior and we cannot even be considered friends. So, we are both doing a job that Dia wanted us to do,” Fedder said.

Additionally, the petition alleges Harper has not provided an accounting of the Abrams estate assets, despite repeated requests from the Abrams family.

“[Abrams] had nearly $200,000 and some jewelry in a safe deposit box.  [Abrams] also owned many valuable guns.  Any authority Mr. Harper has to access these and other assets should be suspended immediately,” the petition states.

The petition seeks the removal of Harper and Fedder as trustees and asks the court to appoint a private, professional fiduciary to oversee the estate.

The court filing also detailed Harper’s criminal history, as previously reported by News 8 and claimed, "When [Abrams] went missing her keys, purse, and cell phone were found at her residence, items she would not typically leave behind. [Abrams] also left a note indicating she feared for her life." the petition said.

Keith Harper did not respond to messages seeking comment for this report.

“I don’t know Harper.  I'm not ruling anything out.  I really am not. I don't understand how she could be gone this long. I do not rule Harper out.  I do not rule her children out,” said Fedder.

News 8 reached out to the Riverside County Sheriff’s Department for an update on its investigation into the Abrams missing-person case, but we did not receive a response.

A hearing on the Abrams family petition is set for May 13 in Palm Springs probate court.

WATCH: Where is Dia Abrams? News 8 interviews a trustee to her Idyllwild estate: