The telecom company is expanding its fiber internet services throughout San Diego, but the wires will remain visible until the city can put them underground. 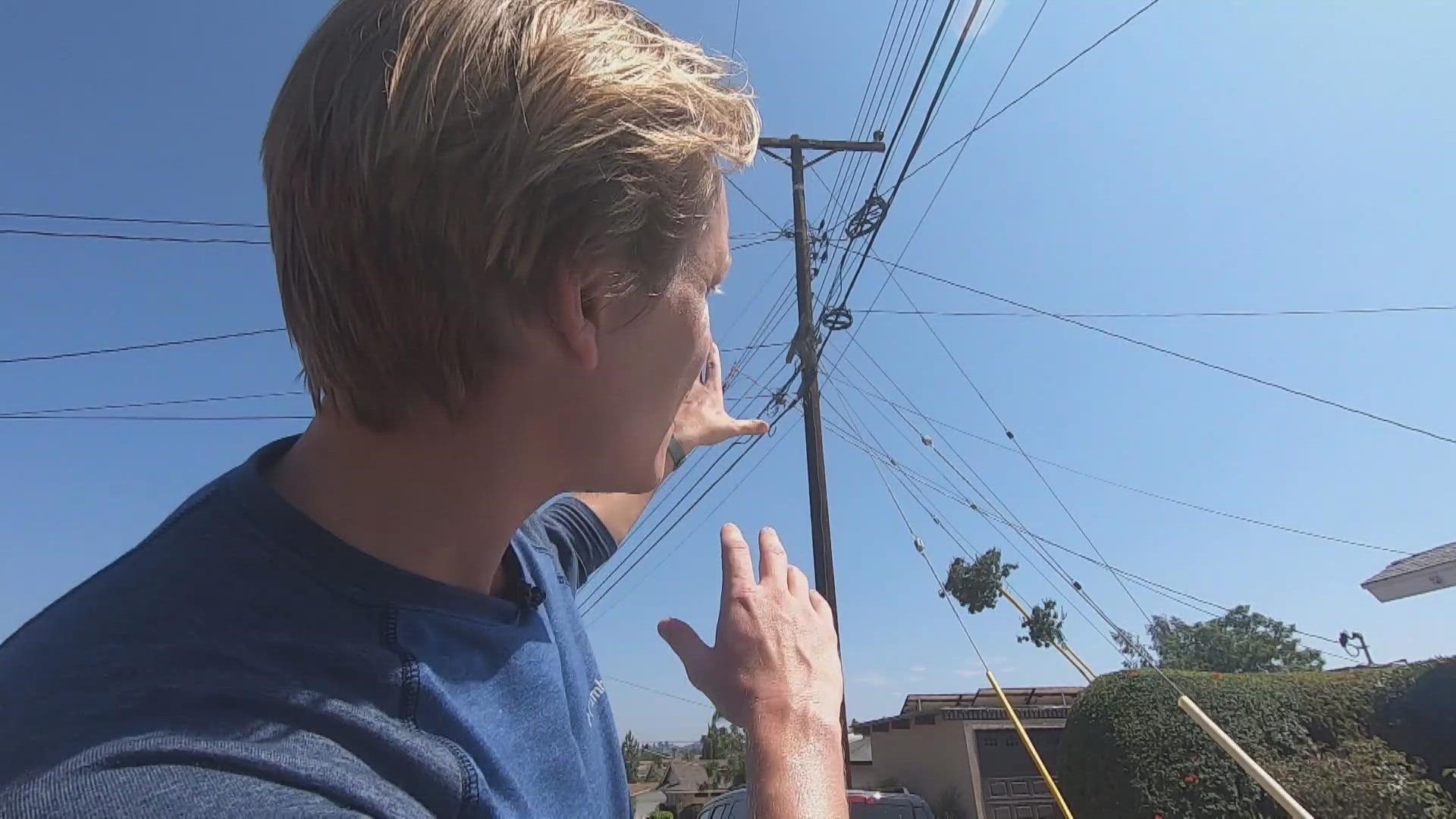 "They didn't even knock on my door when they installed the thing," she said. "It's just an eyesore. We already have a lot of poles and a lot of wires that go through here."

The wires zig-zag over streets, sag into trees and dangle close to houses. Utility poles holding heavy transformers and the mass of wires line the blocks of this San Carlos neighborhood.

"Ten or 15 years ago, the city underground did a lot of poles along Golfcrest," said Davis "I think the expectation at the time was that all of the neighborhood poles would get underground and which of course, never happened."

The City of San Diego said its ultimate goal is to bury all utility cables underground. It looks better and more importantly, it prevents sparking. Major wildfires throughout the state have been ignited by power lines.

Problem is, it’s expensive. It can cost $5 million or more to underground a mile of cables.

There are many active projects throughout the city, Davis's neighborhood currently has no plans to underground their cables. If you would like to look at future undergrounding projects, click here.

"I've been in this house for 30 years. It's here. It hasn't changed. I can survive with it. But do I need another pole? No!" said Davis motioning to the pole in her front yard.

AT&T, which has an agreement with the city, is expanding its fiber internet service throughout San Diego. The wires are heavy and need extra poles to support them.

A spokesperson from AT&T said, “These poles are temporary and will be used as we expand our AT&T Fiber network in San Diego. We are working with SDG&E to consolidate facilities in the near future.”

The hanging wires and cables will all go underground when the city allocates the funds to put them there. But while Nancy’s neighborhood stays in the unplanned stage, she’ll just have to get used to the pole in front her front yard.

"Undergrounding was supposed to be the thing!," said Davis. "Instead, we're adding poles that's just insane - it truly is."