There are still five families whose children attend schools in the Cajon Valley Union School District trying to get back to the U.S. 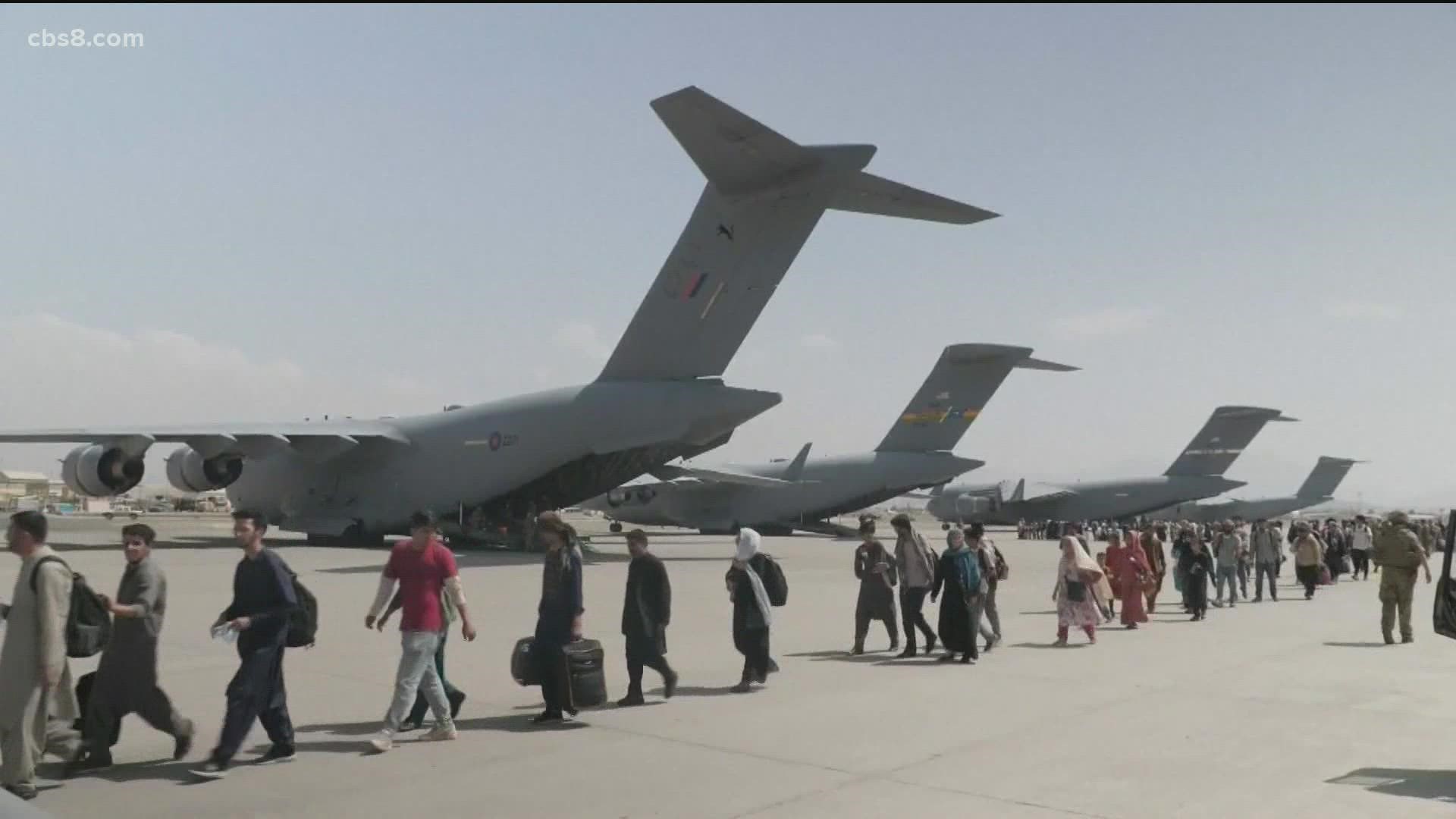 EL CAJON, Calif. — There’s some good news about the Cajon Valley students stranded in Afghanistan this week. At least one of those families returned home Tuesday night.

There were still five families trying to get back to the U.S. as of Wednesday.

This was an extraordinary turn of events for one family and now the district says it’s getting help from a local Congressman and district liaisons that are keeping in touch with those that are still there.

“Had we not invested in trust to begin with, we wouldn’t even be having this conversation. We know who our kiddos are, and we want them home. We want them safe,” said Tamara Otero, Cajon Valley Union School District Governing Board President.

Otero said they’re grateful that at least one of the six families made it back to California Tuesday night. While visiting relatives over the summer, 24 students and their families were caught in the chaos that ensued in Afghanistan as U.S. troops began to withdraw.

Otero says the district is relying on the help of authorities and local officials like California Congressman Darrell Issa (R) from District 50. She says Issa has been instrumental in helping the students get back to the States. Cajon Valley’s Superintendent also says the August 31st deadline may not be enough time for them to return safely.

“We urge based on all we’ve learned from intel and what’s happening there, that we need more time. That deadline needs to be looked at. Not just for the severity and the crisis that occurred but for the actual need to get, not just our children home and their families but to get our troops home safely too,” said David Miyashiro, Cajon Valley Union School District Superintendent.

Miyashiro also said when the students return back to class, their friends and teachers will be ready and waiting to support them.