Hours after a briefing by community leaders criticizing SDPD's use of force, Mayor Kevin Faulconer announced the department will no longer use a carotid restraint. 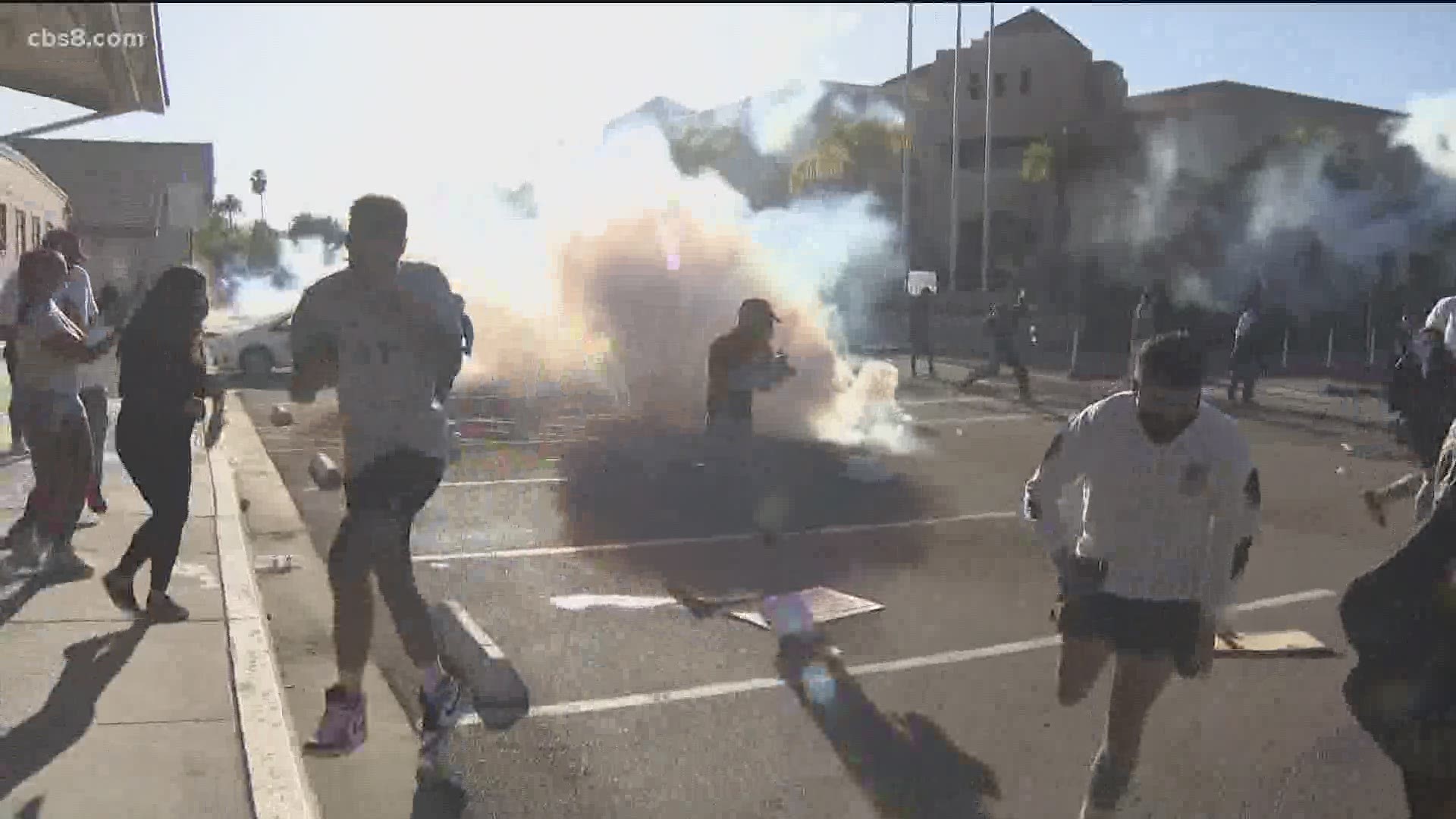 From La Mesa to Downtown San Diego, protests erupted throughout the county. What started out as peaceful evolved into chaotic scenes. Some people turned to vandalism, looting and violence.

Meanwhile, law enforcement used pepper spray and other tactics to disperse the crowd.

"We have been asking for police reform for years," said Genevieve Jones-Wright

Jone-Wright with Community Advocates for Just and Moral Governance was among several activists Monday who condemned law enforcement.

They referenced a graphic video, showing a woman after she was allegedly shot in the face by a rubber bullet fired by a San Diego Sheriff's Deputy in La Mesa. The sheriff's department has denied those claims.

"There is no amount of damage to a property that would warrant head shots and all these shots were done to people of color," community activist Tasha Williamson said.

In regards to pepper spray, those who attended this weekend's protests said it was deployed to peaceful crowds.

News 8 reached out to San Diego police and a spokesperson said SDPD's use of pepper spray came only after its officers were hit by rocks and bottles.

San Diego Police Chief David Nisleit addressed the issue Monday asking people to work with his department, not against them.

"You will see us take swift action when people start assaulting law enforcement. I will not have my officers assaulted," Nisleit said.

As for use of force, the chief, along with the mayor announced the police department will immediately stop using the carotid restraint.

"We don't want one technique to be a symbol of injustice," Mayor Kevin Faulconer said.

California Governor Gavin Newsom also weighed in saying while there's no place for looting or violence, he acknowledged the need for protests in the first place.

"People have lost patience because they haven't seen progress. We hear you and we have a responsibility now to prove to you, not just to assert, that we're capable of doing more and being better," Newsom said.