Protests, looting continue in San Diego for a second night

State offices in certain areas throughout California are being told to stay closed Monday because of ongoing violence that spun out from protests. 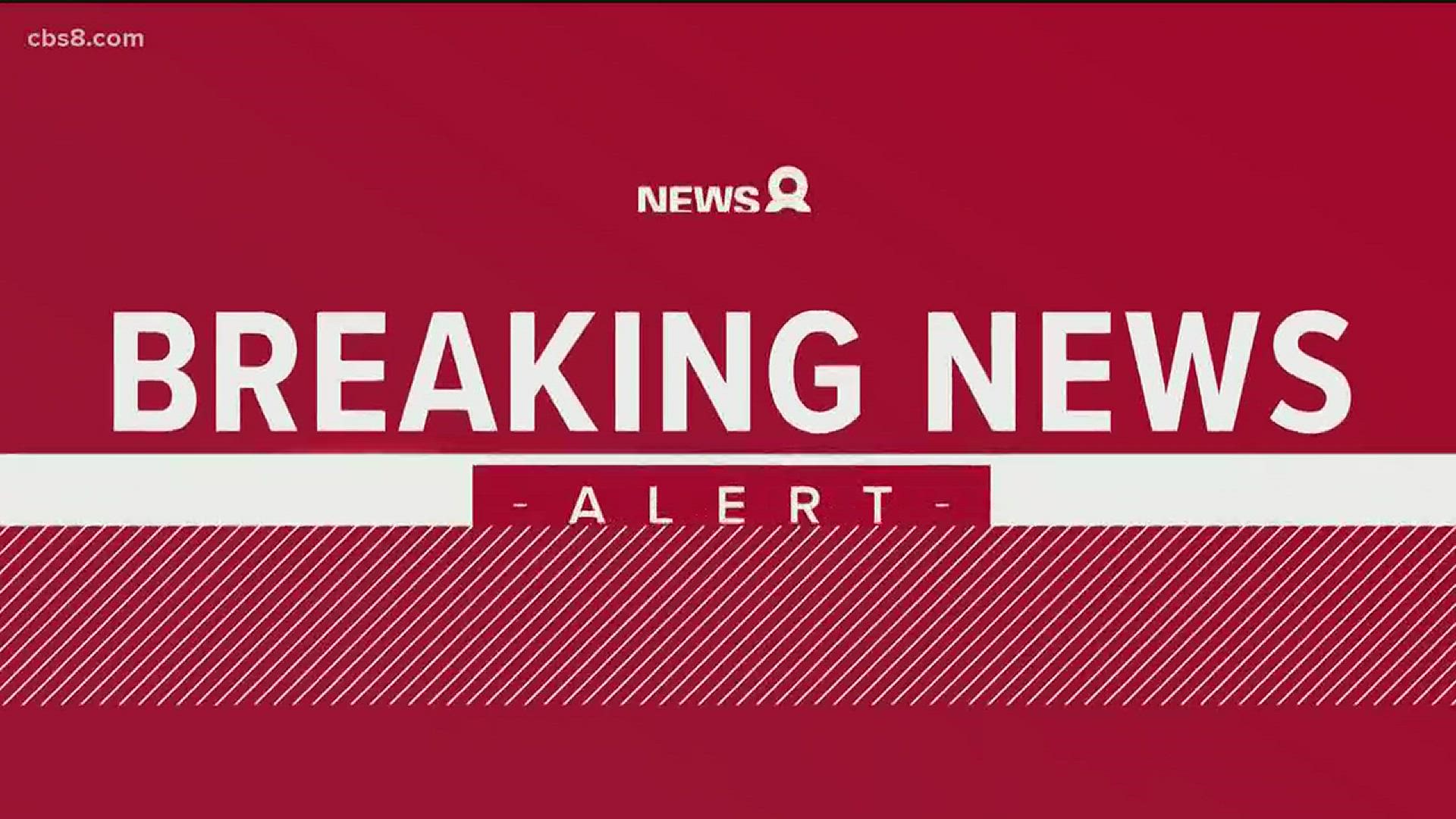 SAN DIEGO COUNTY, Calif. — At sunset Sunday, vandalism and looting began in downtown San Diego, marking the second day in row of violence in the county.

State offices in certain areas throughout California are being told to stay closed Monday because of ongoing violence that spun out from protests.

The state Department of Human Resources sent a directive to close all California state buildings “with offices in downtown city areas" on Monday.

Government Operations Agency spokeswoman Amy Palmer says the decision was made after consulting with the California Highway Patrol and the state Office of Emergency Services.

It's up to officials at state agencies to determine which buildings to close.

San Diego Police Department late Sunday night reported that officers were having rocks thrown at them on at State & Broadway with damage.

SDPD also reported vandalism with bats to businesses at Kettner and West Broadway.

Authorities said arrests are being made.

"You WILL go to jail. Clear the area and please go home," the department tweeted.

Several people have been detained after tensions escalated Sunday night between San Diego Police and demonstrators.

Dozens of protesters are walking through the Gaslamp District in San Diego. Many businesses in the area have been vandalized and/ or tagged by graffiti. There is heavy police presence.

Some stores have been looted.

The crowd of people are moving along and not staying in one particular location.

The San Diego Police Department in a tweet said officers and vehicles near Union & A Street were being assaulted with rocks.

News 8's Brandon Lewis reported people were marching through the street in large groups. Difference between last night is crowds are continually moving versus concentrated in one area. Hall of Justice locked down after protest earlier today.

One CVS in downtown San Diego was looted.

The 7Eleven on Beech Street and State Street had it's windows broken, too.

Looters have also broken into the Vans store on 5th Street in downtown San Diego.

News 8 reporter Brandon Lewis reported a police car having windows broken. Other San Diego downtown businesses were being vandalized, too.

Earlier on Sunday, hundreds in front of the San Diego County Administration Building in downtown for a vigil in honor of George Floyd.

By nightfall, deputies had declared the vigil an unlawful assembly, and were asking protesters to disperse. The crowd took off running after tear gas was deployed by authorities.

Jeff Collins, a county spokesman, said the state of emergency was declared in part so the sheriff's department could impose a curfew for unincorporated areas. He said it would also allow the county to seek federal reimbursement if needed.

Protests, looting continue in San Diego for a second night